While I first knew Evil Twin Brewery was amazing after my first Ashtray Heart, The New York Times’ article on the major rift between its founder Jeppe Jarnit-Bjergso and his twin brother Mikkel Borg Bjerso of Mikkeller Brewery is what solidified my love of this gypsy brewery. Throughout the article, Evil Twin comes off as a loveable troll – exposing the ridiculousness that occurs when cool festers to snobbery and the quest for prestige makes you forget that in the end, this is an industry making tasty drinks for customers to enjoy and get buzzed from. It’s what inspired me to start ordering beers and buying six-packs blindly in order to expand my horizons. In my opinion at the very least, Evil Twin is the hero craft brewing deserves AND the one it needs right now. It’s got the brains and the heart. Which brings me to Hipster Ale.

Evil Twin is basically calling out their customers with this beer, and I’m OB-SESSED. The can, because of course it has to be in a can so you can seem more nonchalant in your purchase, is decorated in bright, busy geometric shapes like a graphic designer who has finally made it past their minimalist phase. Evil Twin dedicates the beer to those who aren’t in major cities with cool, beer-progressive/obsessive outlets, a callback to the beer club that started both Bjerso brothers down the path to brewing. At the same time, the name printed in bold type across the front requires the urban drinker to identify with the most terrible of monikers, the dreaded “H” word.

The beer pours cloudy with a bright, woolly head and a soft-gold color. (But let’s be honest you’re supposed to drink it from the can.) Hipster Ale smells exactly what I imagine it’s like to rip a hop cone off a plant and put it to your nose, peppery and bright. Upfront, it hits the necessary fizzy quality with the accompanying citrus tang that you expect from a pale ale, but with an initial sweetness. As a fatty who likes candy, it’s like someone tried to make an Orange starburst without the melted plastic and unpronounceable chemicals. The sweet drops out quickly and is replaced with pine, pepper, and earthy spices. It finishes rather quickly and very dry but still refreshing.

Chalk this American pale ale up to another great offering from Evil Twin. And if it means labeling myself as a hipster, I’ll wear the term proudly. 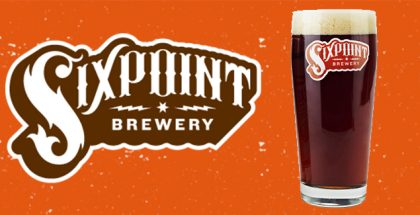