Chelsea, your noble beer news herder is out for the week doing the finals week thang, so she handed over the keys to the week‘s growler fill. You should be afraid. Before I tailspin into a dramatic Will McAvoy-esque craft beer monologue on the pitfalls of the three tier system, I’ll just get to the essentials recapping what happened this week in national beer news.

Following a similar lead to that of The Bruery, Beachwood BBQ and Brewery announced earlier this week that they would open Beachwood Blendery, a 4,500 sq ft facility adjacent to their Long Beach brewpub focused on Belgian style lambics.

“I don’t know what it is that makes a Cantillon gueuze a Cantillon gueuze, but I want to start ticking off boxes of what it isn’t,” Gordon said. “To do this, we need to break down sour-beer-making to its basics and build it back up from scratch, tracking variables, testing theories and taking notes for the next batches along the way. For The Blendery team this is as much an experimental platform for sours as it is a beer business,” said owner Gabe Gordon.

Beachwood has already become a perennial powerhouse at GABF with a tremendous core lineup brewed to style. It’ll assuredly be exciting to see what they can create with this new spinoff project!

Outside Magazine points out an interesting trend of US craft breweries gaining respect on the international stage, but also opening shop abroad as well. The latest to do so is Alex Violette, former head brewer at Boulder based Upslope Brewing, who will help open Pasteur Street Brewing in downtown Saigon, Vietnam. Violette plans to draw from some of the exotic ingredients like indigenous to the region. 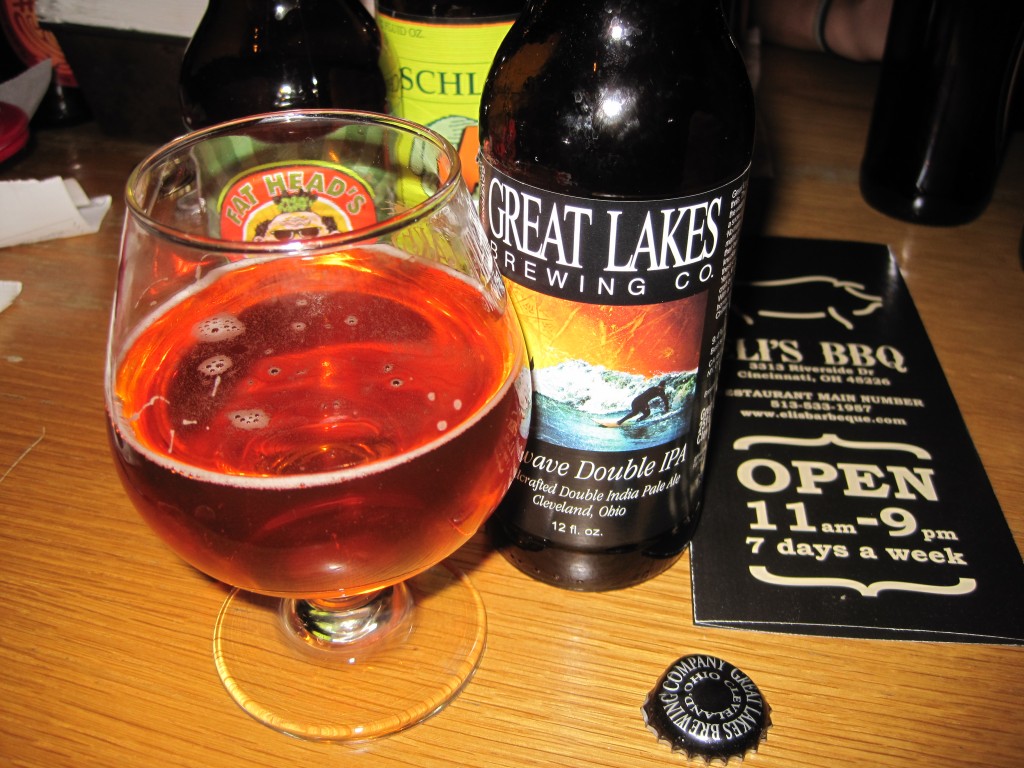 Cleveland’s iconic Great Lakes Brewing Company will be undergoing a number of changes in 2015. The first of which will be the release of two new beers along with two other fan favorites previously only available in the tap room. These four new brands in the style of Session IPA, Kolsch, Belgian Single, Belgian Wit will be included in GLBC‘s spring seasonal variety pack. GLBC’s lineup of seasonals will also see the addition of Alberta Clipper Porter and a yet-to-be-named American Wheat. The company will also be re-branding packaging for their entire core lineup. Here is the updated scheduled release months.

Patrick Rue founder of The Bruery and James Watt founder of Scotland based BrewDog Brewery are now the latest of 9 to receive the title of Master Cicerone.

While more than 45,000 have passed the first level Cicerone exam known as Certified Beer Server, only nine individuals have now earned the Master Cicerone title—the third and top level of the program. Founded in 2007, the Cicerone Certification Program tests and certifies beer expertise similar to the wine world’s Master Sommelier program. The Master Cicerone exam includes 10 hours of written questions, two hours of oral questions and two hours of beer tasting and evaluation. Candidates need an overall score of 85% to pass.

So Lance Armstrong totally failed at life earlier this year when he quit the beer mile after 1 lap, but perhaps he’d be able to find redemption at a Bike and Brew Fest? Bike and Brew Fest, which will take place from May 13-17 in Santa Fe, NM combines competitive rides, nature, culinary, beer, and art themed tours as well as several spectator and interactive events.