My fellow PorchDrinkers, I am here today to tell you that the state of pop culture is strong. (Hold for applause, standing ovation)

Yes, it’s the week of the State of the Union. Not really a pop culture event in the traditional sense, but try telling that to Twitter. It wasn’t just the President’s address to Congress that made people take notice this week. Plenty of news (well, “news” is a strong word so let’s just call it “stuff”) to cover in this week’s Pop Culture Week in Review. Let’s go.

American Sniper kind of reminds me of the movie that's showing in the third act of Inglorious Basterds.

Who would’ve thought that a movie about the career and life of America’s most deadly sniper might raise some eyebrows? The story of Navy SEAL Chris Kyle is the latest project from Clint Eastwood, starring Bradley Cooper. It has garnered Oscar nominations, as well as a bit of criticism for its portrayal (and supposed glorification) of war. In particular, a tweet by Seth Rogen – in which he said “American Sniper” reminded him of the fictional Nazi propaganda movie at the end of “Inglourious Basterds” – ignited a whole bunch of controversy (by which I mean every think-piece writer in America managed to churn out 1,200 words on it). I will say it’s kind of funny that Seth Rogen has gotten sucked into TWO media kerfuffles in the last two months over movies and their relationship to America’s foreign policy.

-The State of the Union Was Actually Kinda Fun

Speaking of Seth Rogen, this was probably the only year in which oddsmakers thought Seth Rogen might actually get a shout-out in the President’s State of the Union address. No such luck, but this was a particularly meme-able State of the Union. From the orange-ness of John Boehner (one tweet I saw compared Biden-Obama-Boehner to an assortment of paint swatches from Sherwin-Williams, because political correctness be damned) to the wry smile Obama gave when there was a false-start at an applause break, there was a lot to tweet about.

But NOTHING was more entertaining than the President’s drop-the-mic ad-libbed response to sarcastic applause from Republicans. This was the most meme-able thing the President has ever done. 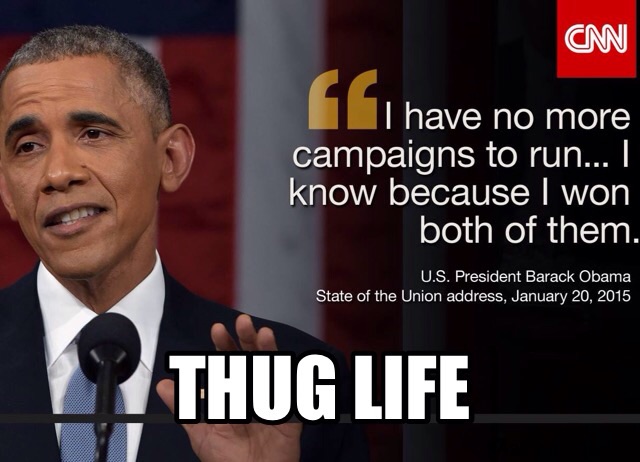 Remember when we all considered George Lucas a brilliant visionary who had created an amazing legacy by making amazing Star Wars films?

Lucas was doing a press junket this week, and he said that Disney rejected his ideas for Star Wars: Episode VII. And who could imagine why? (Could it maybe be that Disney prefers fresh new ideas that adhere to the vision of the original trilogy instead of more crappy prequel-esque stories from an out of touch old man?)

Anyway…. Star Wars comes out December 18. And now we can all rest assured that it’s 100% George-Lucas-Free.

Kim Kardashian is releasing a coffee table book. Of selfies. Of her.

Seems like the natural next step in the slow collapse of Western civilization, along with the Disneyland measles.

-Sansa Stark is Jean Grey in the New X-Men Movie

The team behind the 2016 “X-Men: Apocalypse” had already announced that a lot of their cast – Jennifer Lawrence, Michael Fassbender, James McAvoy – would be returning to their roles. And we knew that Oscar Isaac would be playing the titular bad guy, Apocalypse. But we also found out this week who will be playing the younger version of characters we already know. Alexandra Shipp will be playing Storm. Tye Sheridan will be playing Cyclops. And Sophie Turner – best known as Sansa Stark from “Game of Thrones” will be playing the young Jean Grey (aka Phoenix). Turner isn’t even a natural red-head, but I guess she’s satisfied producers that she looks convincing as a red-head on screen. It pays to be ginger, folks!

-Late Late Show is Getting a New (Familiar) Guest

This may not even be news, but I’m just now finding out. After Craig Ferguson’s departure from the CBS “Late Late Show,” and before James Corden starts this March, CBS is having celebrities guest-host. Drew Carey, Judd Apatow, and John Mayer were filling in for the interim. But this week, they announced that during a two-night guest-hosting stint from Regis Philbin, David Letterman (who produces the show and is soon leaving his OWN show) will be a guest. After all these years of Regis being Dave’s guest, the tables have turned. The appearance is next week. Tune in!

-Bonus: Look How Much TV There Is!

Finally, an answer to the question of why I continue to become more and more addicted to TV: Cooking with Beer | Pig Out Sliders 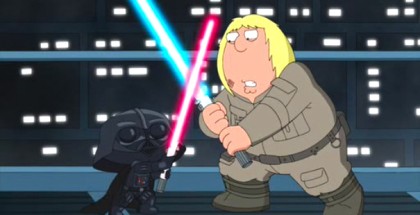