Now that winter has settled in, I’m sure we’ve all enjoyed a winter warmer or two on a chilly evening. But given the onset of plummeting, freezing temperatures across the country, a new question arises: what beers to turn to in the midst of an arctic blast, wrapped in a blanket burrito while attempting to thaw out the very marrow in your bones?

When the temperatures drop and it hurts to breathe outside, stay inside and look no further than this list, which has been tested and proven effective in the midst of the most bitter Colorado cold. And make sure to serve them at a nice cellar temperature of at least 50 degrees Fahrenheit to help your body retain that precious heat!

Winter Warmer,  6.0% ABV
The Bonfire Ale seems to be a staple in Seattle, poured dark and rich from the taps of one of the region’s most beloved breweries. The grain bill is complex, utilizing both white and midnight wheats, smoked rye and chocolate malts. The result is slightly creamy and sweet with multiple levels of spiciness and a bitter smoky finish. If you’re in Washington, make sure to pick up a six pack (it comes in cans).

Biere de Garde, 6.4% ABV
Let us overturn the school of thought that has decried every warming beer to be thick and black! Stillwater created this delicious farmhouse ale in collaboration with The Brewer’s Art in Baltimore, and its deep flavor profile is sure to satisfy while simultaneously distracting you from the freezing temperatures that have crept into your living room. This beer highlights sweet malts and spelt grains, pouring orange-golden and featuring flavors from adjuncts like heather, honeysuckle and hyssop (a traditionally medicinal herb that produces fragrant pink or blue flowers). The flavors mingle with a tart funkiness and dry finish. This is an intriguing beer to say the very least.

Barrel-Aged Wild, 7% ABV
Urban Family definitely seems like another up-and-coming brewery from the Seattle area. Deuce Is Wild is a dubbel with brettanomyces that has been aged on red wine barrels for 8 months. I picked this one up for Kelissa because the description encapsulates just about everything she loves most dearly in this world. This sour dark is earthy and vinous, both in aroma and flavor. The level of sour is intense but not overwhelming and this beer lacks the unpleasant bandaid flavor of brett yeast gone off-course. This is a really tasty one for all the shivering sour lovers out there.

Winter Warmer, 7.5% ABV
While this beer is now officially out of season, I suggest you look for this midwest favorite next year. With a biscuity, caramel malt profile and notes of ginger, cinnamon and clove; it’s the spicier, more assertive winter warmer you’ve been looking for.

Grand Cru, 6.0% ABV
This renowned Flanders red was first brewed in Belgium in 1812. New Belgium’s La Folie recipe is actually based off of this historic beer, although the Rodenbach version has a much earthier, funky base that ironically pours a muddy brownish color. The beer offers a reasonable level of sweetness, with a crisp tartness that’s milder than the majority of American sours. Its bacterial aspects don’t overwhelm the palette at all; it’s a pleasing sippable sour that many have probably enjoyed over the meager warmth of a wood stove. This makes me thankful for all of the overtime my gas furnace has been putting in lately.

Tripel, 8.8% ABV
I have to admit that I personally prefer this one over most tripels I’ve tried. It’s manageable, which for me means lacking that deep rich candi sugar rush that can go straight to your head. The color is a very light straw, and it smells deeply of coriander, yeast and over-ripened fruit. You can taste mandarin oranges, white pepper and a very mild sweetness in the middle rounding off with a crisp, dry finish. 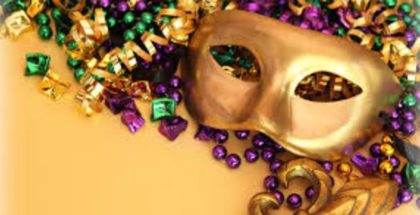