I’ve got a golden ticket. Being able to attend New Belgium’s Lost in the Woods event draws similarities to that of a beer-centric Willy Wonka plot. With one of the most respected sour programs in the country, beers like La Folie, Le Terroir and TransAtlantique Kriek are some of the most sought-after sours in the country and their creators Lauren Salazar, Eric Salazar and Peter Bouckaert are industry rock stars. New Belgium does a tremendous job of taking fans behind the scenes with their brewery tours, but getting a chance to venture into the depths of their foeder farm is a special opportunity.

Justin Patti, a New Belgium Ranger, expands on this idea. “Prior to the inaugural Lost In The Woods in 2013, New Belgium had never opened the brewery doors for an event of this size. This event created as a way to allow anyone to purchase a ticket to come into the brewery and experience a party that includes seeing the inner spaces of New Belgium and simultaneously sampling some of the incredible sour beers that our team of brewers and blenders create. With the 3rd annual Lost In The Woods coming up this weekend, it already seems like it is a staple event that comes around every year. ”

We showed up for the event a little before the doors opened at 7:00 and there was already a line that filled the sidewalk in front of the brewery. It took a few minutes to get through the doors but it was well worth the wait once we were inside. The party area consisted of New Belgium’s tap room and the foeder room, which was transformed into a fairy tale-esque forest. The foeder room, which houses New Belgium’s acclaimed barrel program, had an eerie beauty to it thanks to the soft lighting and subtle fog.

Through four beer stations positioned throughout the party, we were able to choose from a lineup of extremely rare and amazing beers. This list included La Folie, TransAtlantique Kriek, Le Terroir, NBB Love Blackberry Oscar, NBB Love Apple Oscar, NBB Love Cherry Felix, and a Garage Session Chocolate Brown. I was extremely impressed with everything, but the Bourbon Barrel-Aged Salted Belgian Chocolate Stout on nitro deserves special mention. It is impossible to overstate how amazing this dessert-in-a-glass beer was.

My favorite beer of the evening was the least logical beer offered at the event. You may think that a coffee-infused sour beer sounds like the project of a mad scientist, but Oscar Worthy Coffee was a blissful marriage of flavors. Cold-brewing the coffee allowed a ton of smooth, creamy coffee flavor on the front end which quickly and seamlessly transitioned into the dark sour flavor of Oscar. Overall this beer was equal parts unique and incredible.

To counteract the effects of the tasty beer, a roster of delicious small snacks were available. The bourbon chicken wings had meat that literally fell off the bone and the doughy pretzel rolls were garlicky and paired perfectly with cheese sauce, but the highlight for me was the 1554 brownies with caramelized apples. By the end of the night, my palate was extremely content from the hearty food and the tart beers. 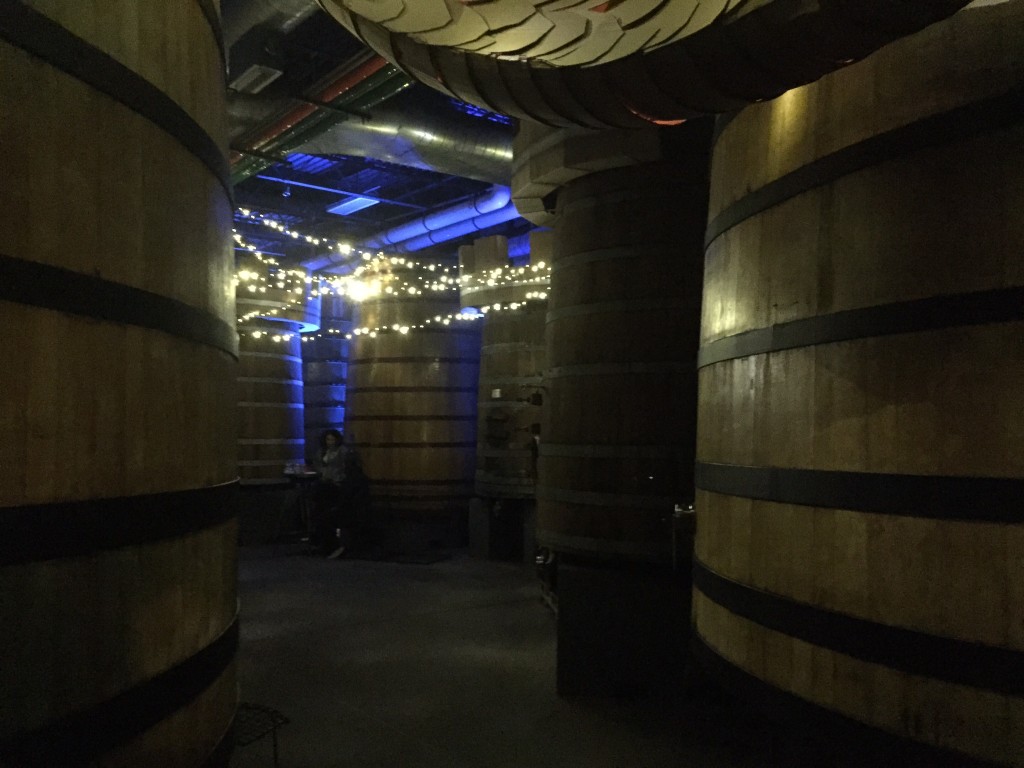 To top off a perfect evening, my date and I were able to choose between the newly released La Folie and TransAtlantique Kriek to enjoy at home on a later date. It took almost a full day, but I was finally able to get the stupid grin off my face that a special evening at New Belgium almost made permanent. If you are able to attend a Lost in the Woods event next year, I highly recommend it and could not give it higher acclaim.