It is time to report the news you have all been waiting for: Florida finally passed a law to end the 64oz growler ban. In other state news, West Virginia also passed legislation supporting craft beer. On top of that, an ancient aging technique is coming back in style. Keep reading to get the details on all of these stories and more in this edition of the Weekly Growler Fill. 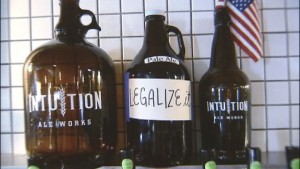 After writing about this issue for months on end, I am finally proud to announce that residents of Florida can soon enjoy 64oz growlers (and keep enjoying tasting rooms). Last Thursday, Governor Rick Scott signed SB 186 into law. It will officially go into effect on July 1st and breweries all around the state have planned celebrations commemorating the win for the Florida Brewers Guild. Floridians better grab their growlers fast because they are already selling out. 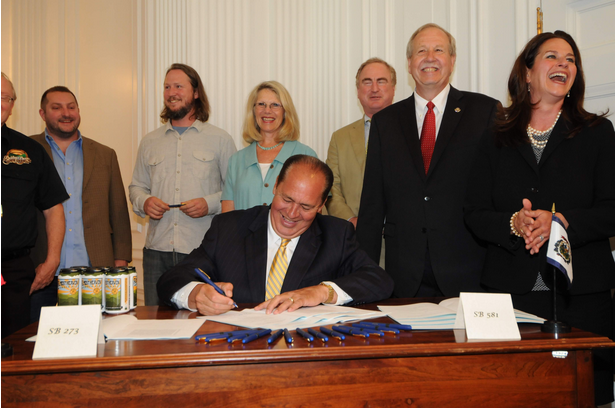 West Virginia is now another state joining the craft beer revolution. Last week, Governor Earl Ray Tomblin signed two beer-friendly laws into effect and announced that West Virginia will have it’s own craft beer week in August. Gov. Tomblin thought it only made sense to support one of the fastest growing niche markets in the state. Before the new laws, brewpubs were allowed to sell growlers but could not sell beer on tap. Say what?! That’s crazy! Now, they will be able to sell beer on tap, growlers, and will have lower licensing fees so it is easier for up-and-comers to thrive. These improvements should help continue the growth of West Virginia’s craft beer industry and will also bring in more revenue for the state. Sounds like a win-win situation.

Keep an Eye Out for Great Session IPAs 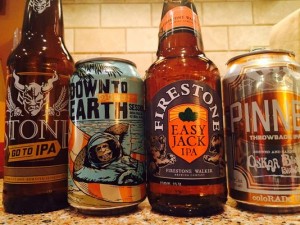 As our buddy Mike Snider of USA Today points out Session IPAs are starting to gain momentum in popularity as opposed to the traditional bigger, in your face, west coast IPA styles that have been dominating the market. Mike gives us a great roundup on a few fantastic Session IPAs you should try!

Amphora-Aged Beers: The Next Small Thing?

You’re probably thinking, “What in the world is an ‘amphora’?” Well, I’m glad you asked. An amphora is a ceramic vessel that has been used to age certain wines since the Neolithic period. Now, it’s being used to age beers. Here’s what All About Beer Magazine had to say: “Naturally porous like the wooden barrels more commonly used in aging beer, amphorae provide a place for bacteria to reside while allowing micro-oxygenation to occur. Unlike wooden barrels, amphorae do not contribute tannins or resins into the finished product, but instead offer an earthy mineral character and robust mouthfeel, which winemakers have been harnessing for years.”

Sounds pretty cool, doesn’t it? Jean Van Roy of Cantillon thinks so and that is why he’s giving ‘amphora-aging’ a go. So far, no amphora beers have been released from Cantillon because Van Roy is still trying to nail down the technique. However, there are amphora beers from other breweries such as Trinity Brewing Co. and Black Fox Brewing Co. Check out the full article for all of the details, tasting features, and insights on amphora-aged beers.

The ManCan is a Hit on Kickstarter

WIth a tagline like “A brewery in your fridge” it’s no wonder that ManCan raised $20,000 in under two days. At the time of writing this article, the official tally is over $70,000. So, what is it exactly? It is a 128oz vessel that fits in most refrigerator doors and keeps beer fresh with the help of CO2. Basically, you need this (or at least I need this). The ManCan 128 was designed to preserve and transport craft beer so it will taste the way the brewer meant it to and can go anywhere. The best part is, the ManCan is not limited to beer – it can hold coffee, kombucha, tea, you name it! Of course, you’re only going to use if for beer but you can keep those other beverages in your mind when convincing your wife/husband/mom that this is a good investment. Supporters of the project should expect to get their ManCan no later than September 2015.

Spoiler alert: the answer is exactly what you think it is. 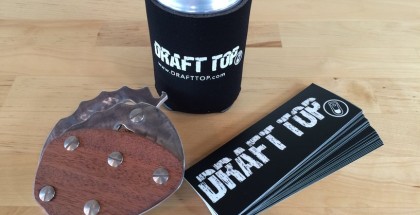 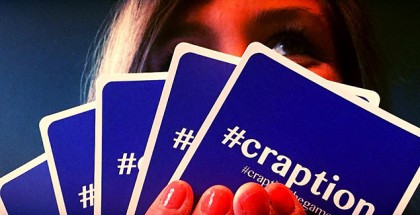