Currently a production only brewery*

An increasing trend amongst craft breweries is the uniqueness of their beer labels. The guys at Arcade Brewery in Chicago are not only making unique labels but are doing it in a very different way.

Four times a year the brewery reaches out to the public to help them name a beer and then accepts submissions for the artwork for the label. The latest contest for their next beer, Odyssey Hive, garnered 63 different submissions, including artwork from five countries.

Arcade Brewery is all about the community – it’s part of how the name came to be.

“When we think of Arcade we don’t just think of typical video games,” co-owner/creative lead Lance Curran said. “We think of the Arcade from the ancient greeks. The ancient marketplace with shops where people would come together. The whole idea of Arcade, beyond the idea of video game culture, is in the community aspect of the name. It’s not a single person, an Arcade is all about people doing things together.”

They instill that theme of community even in their social media. They are extremely active on Untappd, Twitter, Facebook and Instagram – constantly interacting with their followers.

Back in 2011, before Arcade Brewery even came to be, Curran and Tourre were working on a project they called Public Brew that allowed them to work directly with the beer community. After three years of thinking about getting more serious in their brewing, the two former bandmates decided to take their love of beer to the next level. 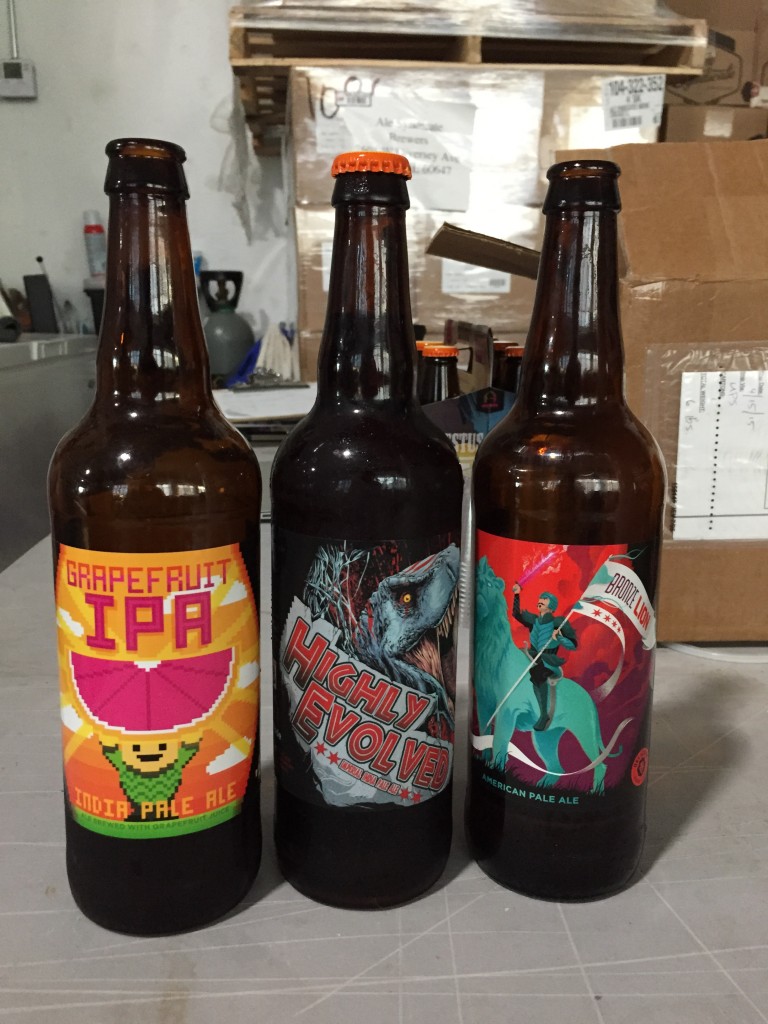 “We first started distributing two days before my wedding,” Tourre said. “I’ll never forget that week. It was a pretty crazy week beginning your distribution and getting married in a span of 48 hours.”

Since that week in August the brewery has increased their production, and while they still self-distribute just in the Chicagoland area they have increased their footprint in the growing Chicago beer scene.

Their beer labels are very unique, and although they have a similarly branded look, every label is done by a different artist.

The art concept is one that is found throughout the beers the brewery puts out. The brewers have worked with well-known comic book artists from Marvel and D.C. Comics to help them produce stories that go hand and hand with their beer.

In fact in the case of their “6-Pack Story” series, the art and story is done before the beer recipe is even completed. This six pack features a different comic book panel on each beer. Put all six bottles together and you have a complete story.

The first release of the “6-Pack Story” series was called Festus Rotgut: Zombie Cowboy and was released on new comic day on Dec. 10th. The beer featured a story written by Jason Aaron, the writer behind “Thor,” and was illustrated by Tony Moore who worked on “The Walking Dead.”

Once they saw the work Moore and Aaron did, they crafted the recipe.

“This story is about a guy driving a herd of cattle across the plains and he gets overtaken by zombies,” Tourre said. “I’m thinking wheat and the plains and something that’s a little dry. The beer itself is dry with a spicy hopped bite. It’s black because when you are thinking zombies you’re thinking something that’s a little black. Just kind of playing off some simple sensory things you’re pulling from the story. You take those things and craft a beer around a story.”

“We don’t know what beer we’re going to brew until we see the artwork,” Tourre said. “We have a release date set for the end of November right around the holiday season. We want to have a really special beer because it’s a great time of year to have something unique like that. It’s a great gift for the beer and comic book lover.”

But the art integration into Arcade Brewery doesn’t stop at beer labels. Their tap handles are also unique.

“Our tap handles are unique,” Curran said. “They are a mold of the old Nintendo Zapper. We gave those molds out to different street artists around the city to create their work on them. We then gave those taps out to our draft accounts. The handles really stand out. But they don’t say Arcade Brewery on them, we want it that way so it creates conversation. It’s not just pour a beer and move on. The customer can talk with the bartender and create more than just a standard transaction.”

Besides the uniqueness of their artwork on the beer labels and tap handles, every beer top from a bottle of Arcade Brewery beer is a token. Tokens can be collected and redeemed for prizes at businesses they have partnered with around the city. From dollars off tickets at a local theater, to free pints of Arcade Beer at a local bar, Tourre and Curran were surprised at how fast the token system took off. 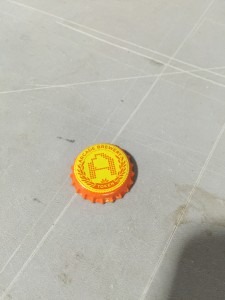 “We did an event at Emporium Arcade Bar where people could exchange our tokens for actual video game tokens and people were coming in with pocketfulls of beer caps,” Curran said. “It was something that we thought would be just a nice way to say thanks for having our beer and it really exploded.”

As the brewery gets bigger and bigger, there are plans for expansion. Currently Arcade Brewery shares space with two other Chicago breweries, Ale Syndicate and Around the Bend. However, Arcade is looking for a new space that would allow them to triple their production, but also open a tap room.

“We have a few spaces in mind,” Tourre said. “We’re looking to essentially triple our production and add a tap room. That would allow us to start going through a distributor. We don’t have an exact time, but not horribly far away. Our main focus is to get that tap room. We need to be able to open the tap room at the same time as the brewery.”

For now the brewery still self-distributes their beer. Curran lives out in the northern suburbs and as he drives home he’ll stop by their customers and drop off beer. Tourre does the same in the city. It’s hard work for them but they said they wouldn’t have it any other way.

“When you wake up in the morning you’re tired but you smile because you know it’s a grind,” Tourre said. “You know you’re doing something you are proud of.” 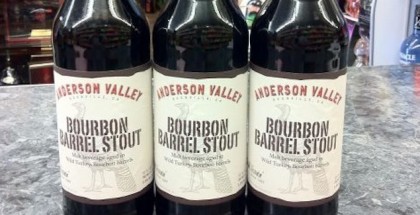