The fourth bean. What is it? Does it even exist? Some say that only in the right light you’ll be able to find it, but you have to believe that it’s there. What are the other three beans? What is all of this beans nonsense in the first place? Well I’ll tell you. It is the newest release from Sixpoint Brewery. 4Beans is an Imperial Porter that delivers the most satisfying, mouthwatering flavors from four different beans.

To fully appreciate this beer, we need to start with a little history lesson. The year was 2013 when three New York City companies came together to brew a beer that would not be easily forgotten: 3Beans. The recipe came from Celtic lore, where a combination of earth, water and man came together brewing a beer in cauldrons that could be enjoyed by the gods. Brewed with Romano beans, coffee beans and cocoa beans, the three B’s to successfully make an imperial porter, according to Sixpoint Brewing.

I stumbled upon 3Beans during a visit to Chicago. It was winter, I had just gotten some fresh ink and was walking about 2 miles back to my apartment. Now granted, I had plenty of beer to keep me warm and motivated throughout the walk, and numb the burn of my new body art. Then I smelled the alluring aromas of fresh deep dish pizza. I stopped in a local shop, ordered a pizza and took a seat at the bar. The bartender slides me a perfect pour of 3Beans. Now I don’t remember how long it took me to get home, what kind of pizza I ordered or if I still had pants on, but I do remember that this beer was one of the best I’d ever had. Bold, chocolatey, coffee flavors warmed my soul, and the 10% ABV was disguised by ridiculous smoothness, which is probably why I don’t remember the walk home. Anyways, I was hooked. I found a few four packs and even scored some of the barrel-aged 3Beans. However, great things don’t last long, and alas, it was only brewed once, never to return. I was crushed.

Until just a few weeks ago, the announcement came, 4Beans. 4 Beans!! They are making it again! Will it live up to the old 3Beans? What’s the 4th bean?! When can I buy it? The hunt was on. Finally the day came where I laid eyes on a four pack. She was coming home with me. Although the bar was set pretty high for this beer, I still welcomed it with open taste buds, and boy did she deliver. 4Beans, an Imperial Porter brewed with Romano beans, coffee beans, cocoa beans and… wait for it… Madagascar Vanilla beans! As if this 10% Porter wasn’t smooth enough, there are now indulgent flavors of vanilla. Smooth, aromatic vanilla overtones perfectly complimenting this robust Imperial Porter. 4Beans pours a dark chocolate color, with a light brown head that quickly fades. There is no bitterness like many coffee porters, and instead there are rich sweet malty flavors in the body, sugar up front and coffee on the finish. I honestly cannot tell you what a Romano bean smells or tastes like, and come to think of it, I’ve probably never even seen one, but from what I hear, the Romano bean is what contributes to this excellent malty body. Folklore says that a beer such as this can be a replacement for grains, so if your looking for that extra kick in the morning, it may not be a bad breakfast substitute. Well, at least get your Wheaties in first.

Here we are now in 2015 and Sixpoint has delivered yet another awesome Imperial Porter. Four beans, all working together to create an impeccable flavor combination that will not only leave your taste buds satisfied, but they will develop an unnerving sense of satisfaction. Was it too good to be true? Will this beer be created again? Will there be a 5Beans? What will the 5th bean be?! So many questions. Enjoy it while it’s out there, and buy it while you can. For you never know when it will disappear forever… again. 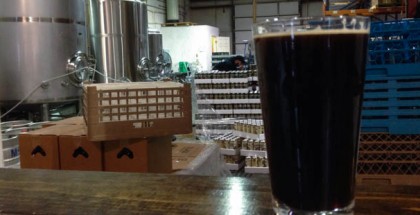 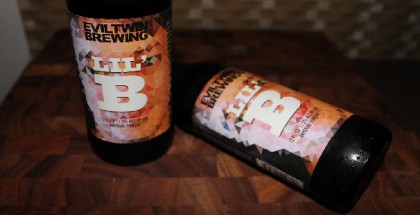