Great American Beer Festival is a great opportunity for beer geeks, like yours truly, to rub elbows with the best in the craft beer industry. Last year, we introduced you to some of the most famous people in the beer world that you might run across at Great American Beer Festival. Out of that list of 25 celeBEERties, I was able to meet 10 of them, including Garrett Oliver, Dick Cantwell and my beer crush, Sam Calagione.

Most of last year’s class will likely attend GABF this year, but we have a new list of beer celebrities to keep your eye out for, including some of the world’s best brewers, actors/musicians that are trying their hand at brewing, and advocates for the industry.

Tomme Arthur is one of the brightest minds in American brewing and has been a leader in the surge of sours. He’s been behind some of the best brews made by Port Brewing, Lost Abbey and Pizza Port for almost 20 years. Tomme is extremely insightful and brings a ton of energy when talking about craft beer.

Jamie Floyd has as much charisma for craft beer that Ray Lewis has for football. He has a passion for and depth of knowledge in craft beer deeper than most. A quick conversation with Jamie will make you want to go out and start your own brewery immediately.

Bell’s Brewing began in 1985, making it’s founder Larry Bell one of the grandfathers of the craft beer revolution. Bell’s Brewing beers like Two Hearted and Hopslam always reside near the top of Best Beers lists, but they have never been available in Colorado until now, which is a great reason to find Larry and give him a big high five.

The Katechis brothers are the brains and brawn behind the canned craft beer revolution. Chris and Dale are some good ol’ boys (originally from Alabama) and always having a blast during GABF. If you get to hang out with the brothers this week, prepare for a long night and a rough morning.

If you’ve had the pleasure of drinking a New Glarus beer, you know what it is like to meet the people behind the brew. In true Midwestern hospitality, Dan and Deborah are very approachable and sweet. Besides being some of the best people in the industry, they also make some of the most amazing fruit beers. New Glarus isn’t available outside of Wisconsin so try to get your fill at the festival.

You may wonder what the voice of Lana Kane (Archer) and Sheldon’s nemesis (The Big Bang Theory) have to do with beer, and the answer may just lead to more questions. Stone Brewing paired with these two nerd icons and Fark.com founder Drew Curtis to make a version of w00tstout 2.0 for Hop-Con, a pre-Comic-Con event. If I see Aisha Tyler in town, my brain might explode from the happiness of combining 2 of my favorite things: Archer and Stone beer.

The band of brothers most famous for their 1997 song MMMBop somehow beat all breweries to the punch to create the pun-tastically named beer MMMHop, in conjunction with Mustang Brewing. There have been some skeptics of their beer solely based on their hatred of Hanson’s lone hit single, including yours truly, but the brothers have continually won over the haters with their 7% Pale Ale.

Adrian Greiner, best known for his role as Vinnie Chase in Entourage, founded Churchkey Can Company in 2012. Some beer lovers have called it “the most hipster beer in the world” because of it’s retro can design that requires its drinkers to punch holes in the top of the can. Considering that a majority of the bros who attend GABF can use an Entourage quote for most situations, Adrian’s presence at the festival would not go unnoticed.

The quirky actor, comedian, show host and rapper has found another hat to wear: beer maker. Tom paired with Beau’s All Natural Brewing Company to make a sessional milk stout, appropriately named “The Tom Green Beer!” This may be a long shot celebrity sighting because the beer itself can’t be served at the festival as it hails from Canada, but then again, Tom Green has never been one to follow rules.

If you are looking for some unfiltered craft beer craziness, you need to add Ashley to your Twitter feed. When it comes to kicking ass in craft beer, she flexed her muscles by writing “An Unpretentious Guide to Craft Beer”. Ashley will be slinging beers at the Green Flash booth at the festival.

Kyle Clark gained national notoriety back in 2013 with his on-air stand against snow-covered patio furniture. He’s been a Denver staple on 9News since 2007, but his love of homebrewing and craft beer may not be known to most of his viewers. He showed his skills for the suds by participating in this year’s GABF Fantasy Draft. I am pretty sure Kyle is making an effort to be my best friend by sharing his passion for the Denver beer scene and his witty sense of humor on Twitter.

Tony founded Lagunitas in 1993 and it has been one of NoCal’s largest and most successful breweries since. Tony has been a daredevil in brewing, taking traditional styles and turning them on their head. Lagunitas has had its share of controversy, but then again no great innovators accept things the way they are. Simply put, when it comes to brewing, Tony knows his shit. 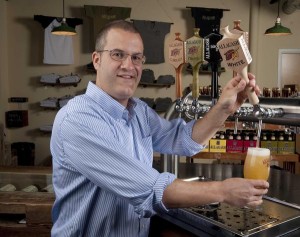 Rob Tod built Allagash from the ground up, starting with just a one-man crew. Allagash now makes some of the most sought-after sours in the country. Rob is always a man about town during GABF, sharing his best creations with his adoring public. This year will be no different as Allagash and Rob are penciled in for various events all over Denver throughout the week.

Matt has overseen the brewing at Firestone Walker since 2001 and been a key figure in their most amazing beers. Matt has been quenching his thirst of brewing incredible beers for more than 20 years and luckily for us, it seems like that passion won’t burn out any time soon. The entire Firestone Walker team is incredibly talented, but Matt’s star shines brighter than most.

Anthony Bourdain is a world traveler who doesn’t seem to be afraid of anything, ranging from absolutely disgusting cuisine to dangerous destinations. Anthony has made numerous trips to Denver for TV shows and is known to enjoy a beverage or two. While it may be a long shot for him to attend GABF, it could be worth it to keep an eye out. 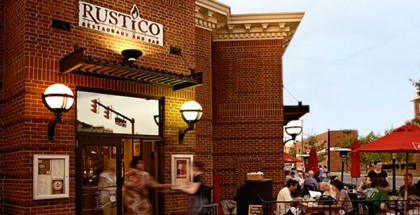