One of the things I enjoy most about making beer is having the creative license and unlimited resources to capture the tastes that I enjoy in a brew. When a brewery is looking to take one of their beers to the next level, they usually do so by first thinking about what would be tasty with the stout or pale ale or IPA that they’ve already created. That’s when you end up with some of those bizarre flavors in your beer that come from things like barrel-aging or marshmallows or brettanomyces.

Like a master chef takes a certain element of their dish and compliments it with an opposing element to bring out the benefits of both, Jackie O’s Oro Negro does the same. In it we have stout brewed with walnut and conditioned on cacao nibs, vanilla beans, oak staves, habaneros and cinnamon sticks. On the nose I get notes of molasses, burnt sugar and a touch of heat. The palate showcases a lot of nuttiness with a touch of cinnamon and a warming lingering zest finish from the peppers. There’s a slight oiliness to it and the heat is definitely present but not overwhelming.

Overall, its been a pleasant experience tasting the expression of one person’s palate to my own. I look froward to trying more from Jackie O’s and I must say that I’ve been inspired to step out of the box on my next recipe. 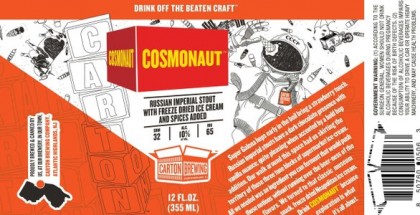