The state of Michigan is a special place for craft beer. Historically, the mitten has always been on the forefront of the Midwest craft brewing scene with staples like Founders, Bells, Brewery Vivant and Dark Horse. However, that scene is about to get a lot more interesting, as of Monday, Mitch and Whitney Ermatinger announced plans to return to Grand Rapids, MI, to open Speciation Brewing. The brewery will be Michigan’s first brewery to focus solely on spontaneous fermentation, sour blends and brettanomyces based beers.

Mitch Ernatinger leaves Former Future Brewing and its spin off, Black Project Spontaneous & Wild Ales after two years with the brewery. “Initially we hired Mitch as a bartender, but over time, he began helping James (Founder and Brewmaster at Former Future) during the brew process and it quickly became a symbiotic relationship,” said Former Future co-founder Sarah Howat.

Howat also recalled Ermatinger’s conviction even before starting at the brewery. “He got the email that we were interested in interviewing him while he was hunting with his father in the Michigan wilderness and still managed to catch a plane to Colorado the very next day,” laughed Howat.

“Whitney had moved out to Denver five weeks earlier, and we were staying near City Park. The night before my interview, it had snowed 6-8 inches. When I got to the bus stop to head to the interview, I saw the bus slide through a red light, so I decided to walk the 5 miles to get to the brewery. When I finally arrived, Sarah and James must have thought all Michiganders were insane,” remembers Ermatinger.

During his two year tenure with Former Future, Ermatinger helped execute James Howat’s recipes, while also learning the science behind spontaneous fermentation. While neither Howat or Ermatinger had any experience as a commercial brewer before Former Future, James did apply his knowledge as a microbiology major toward what eventually became Black Project. “Black Project initially started as an accident when I somehow poured an extra bag of grain into a base mash,” noted Ermatinger. “James said, lets do a koelschip and he ended up turning that mistake into a GABF medal winner.”

The Michigan market may already feature a thriving beer scene, however Ermatinger is excited to bring a relatively new approach in 100% wild ales, while still embracing the local culture and terroir. “Grand Rapids and Michigan already have a great beer culture. Now we’re excited to take advantage of local ingredients and local microbes and bacteria in the air and channel them through our beer,” said Ermatinger. “We’re not fully sure what to expect, because we haven’t actually made any batches there yet, but judging by what Jolly Pumpkin has done, there’s definitely good yeast and bacteria in the air.”

Part of that local inspiration will manifest in their series of monthly releases called Michigan Clade, which will take a wild ale base beer, made with all Michigan ingredients and showcase a new local ingredient each month. Ermatinger has already begun sourcing Michigan honey and various types of local fruits to create these variants.

Speciation Artisan Ales seems to echo both their return to Michigan, as well as the spirit of the beer itself. “The term speciation represents the evolutionary process in which new species arise,” explained Ermatinger. “It touches on evolutionary biology and how branches were clade from the tree of life, I’m a big science nerd so that really resonated with me.”

Mitch and Whitney, both originally from Western Michigan, will be missed by the Colorado craft beer community but the feeling is reciprocated. “They’re both just the best people. What we’re going to miss most is that with Mitch there, we were able to step back and completely trust him,” said Sarah Howat.

“Being able to learn from Sarah and James while they started Former Future will be so helpful to our project as well,” said Mitch. “Learning everything from keeping costs low, while maintaining high quality ingredients, as well as all the steps involved with actually opening, will help us to open so much quicker than if we were to try to figure it out on our own.”

“The beer scene in Colorado is so amazing and supportive of each other. It’s a culture of wanting to help everyone else succeed. That’s what I’ll miss most, and what I plan on taking back to me to Michigan,” said Ermatinger. 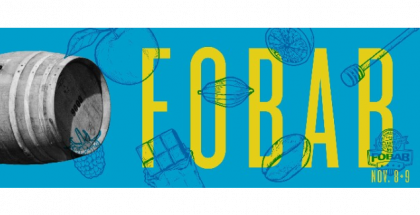 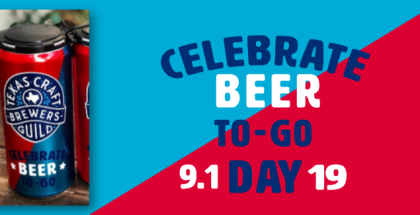 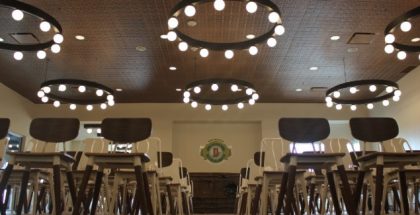 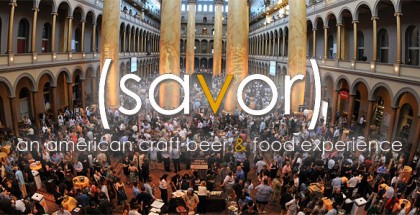