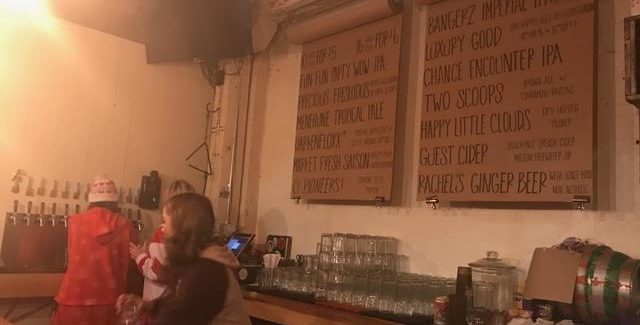 When I got to Cloudburst Brewing on Friday for their First Ever Anniversary Party shortly after I had left work, no later than 5:00, the line was already out the door. It was an impressive feat for an event that started a few hours before – especially considering that many craft fanatics were finally able to get to the brewery from leaving their daily grinds.

But the line I was waiting in was not what I expected. The line was not to just get into the venue; It was to snatch a beer. That goes to show how good Steve Luke’s beer is. The founder and brewer always has something on tap that is worth waiting for – and he sure wasn’t skimping for his first anniversary.

Once guests reached the end of the line, the line-up for the event proved that the wait was well worth it. Plenty of options awaited, including a French saison aged in oak barrels – the Precious Freshious, an Imperial Stout with coffee and hazelnut – the Darkenfloxx, and the Fun Fun Party Wow, an exceptional IPA brewed to celebrate Cloudburst’s one year. And that’s just a few of the many options.

Though every brew was exceptional, and well worthy of its spot on the line-up, the Darkenfloxx stole the evening. This beer was as rich as a German chocolate cake – if that cake sat at a satisfying and mildly dangerous 9.8% ABV. A slightly heavy, malty brew, with notes of chocolate, coffee and hazelnut fiercely prominent, its drinkability proved to be extremely dangerous considering its ABV. But hey! – it also made for a very fun, very loud party.

The combination of the crowd, the beer, and the energy of the event was evidence that Cloudburst isn’t going anywhere. In fact, they’re just getting started. Despite them quickly making a name for themselves in their first year, their ambitions for year two are humble.

“Volume growth isn’t really on our radar – I think it’s more important to continue to grow as brewers –  whether that’s pushing ourselves with new beer ideas & ingredients, dialing in existing recipes, or becoming more efficient with our brewing techniques and processes,” says Luke. 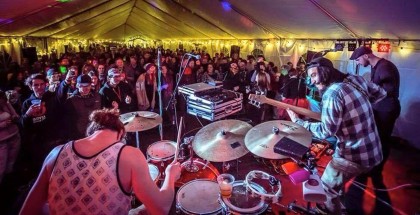 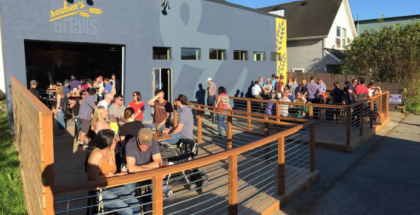 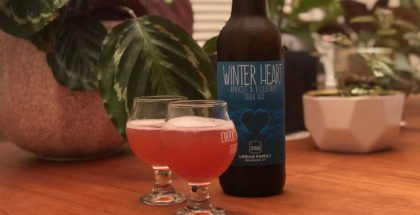