This weekend’s Big Beers festival is one of Colorado’s most awe-inspiring beer events, featuring more than 500 amazing and sought-after beers. If you’re not able to attend the big show in Breckenridge, there are plenty of mountain events related to the fest. From special releases to rare tappings, we’ve compiled a list of happenings for you to start 2018 with a bang.

Westbound & Down’s first bottle release is sure to be a great one. The beer is aged 8 months in 100% American oak California red wine barrels using Powder Keg Brewing’s house culture, before being aged an additional 2 months with five and a half pounds of Colorado’s prized Palisade peaches per gallon. Price: No entry fee. $25 per bottle. Limit 2. 120 total bottles available.

Weldwerks will be bringing up DDH Juicy Bits, Branded Flannel, and Blueberry Pie Berliner and here to answer questions and pour samples from 4-7pm! We also have their Alpha Bits, Coffee Coconut Stout, and their unfiltered hefe!
Amalgam will be bringing up Ascension, Composition #1, DH Compostition #1, Freeform Solera Golden Sour (Danube) from 4-5:30pm
Wiley Roots will debuting Galaxy Funk Yo Couch in cans! We also have their Botanic Basket, Four Legged Funk, Tropical Vacay, Optimus Rubius, and Mosaic Funk Yo Couch! 5:30-7PM

Join Horse & Dragon for a tap takeover at Breckenridge Tap House. A portion of the proceeds from sales of H&D beers to The Summit Foundation, which works to support our mountain communities in many ways.

To celebrate Duvel being rated a perfect 100, we will all get together and drink 100 Duvels in 1 night. Join us at 6 PM where we will properly certify you in how to pour a perfect Duvel. At 7 PM we will attempt to drink 100 Duvels. No Cover Charge

In honor of Après Handcrafted Libations’ 4th anniversary, they will be tapping 2 very special collaboration brews: their very own collaboration with Little Machine Beer, an American Barleywine and aged in rum barrels for 1 year, and a very special collaboration brew from Baker’s Brewery and Sanitas Brewing, a Viking Barleywine, with juniper and heather and fermented with Kveik Norwegian yeast. Get these limited releases while you can and enjoy some fun pairing with Mountain Top Cookie Shop cookies, too!

At this dining duel, each of the 4 courses features a beer from both Ballast Point and Epic Brewery and diners choose their favorite beer each round. Price: $48 in advance, $60 at the door 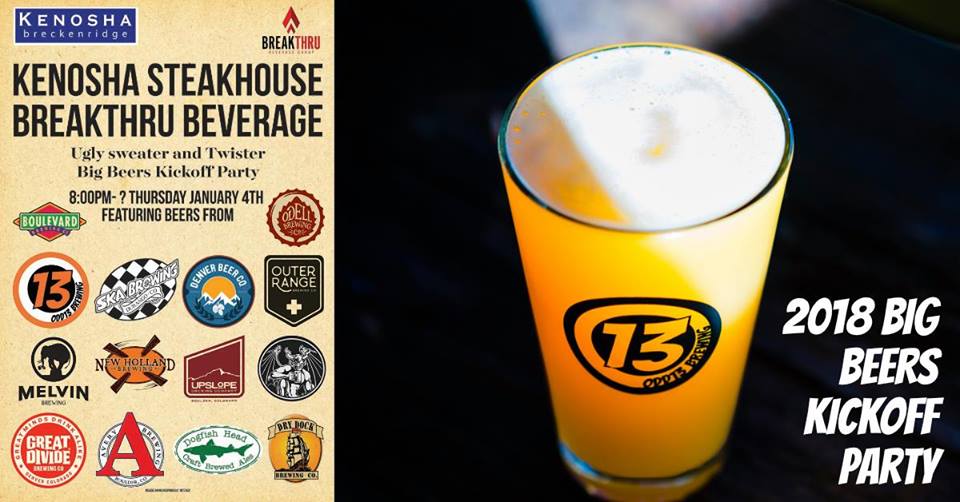 Price: No entry fee. Beer and food available for purchase.

Telluride and Ska are ready to take on everyone in a Trivia focusing on Beer! Enjoy Face Down Bourbon Brown, Russel Kelly, Whacked Out Wheat, and RedFish while you get your game going.

Come to Après and learn about the brewing process! They have teamed up with CO-Brew (out of Denver, CO) to bring you a live brewing experience. CO-Brew’s brewing experts will be onsite brewing a Belgian Golden Strong Ale! You will learn about: The Brew Process, The Equipment Used to Brew, The Grain Types Utilized (more specifically this recipes grain types!), The Hops Utilized, The Yeast Utilized, & The Fermentation Process. Soak up all of the info while sipping on a glass of the beer you are learning about! Additionally, Après’s expert bartenders will also be onsite to walk you through: The Details of the Belgian Golden Strong Ale Style and Differences in Similar Beer Styles You May See at Big Beers, Belgians & Barleywines. 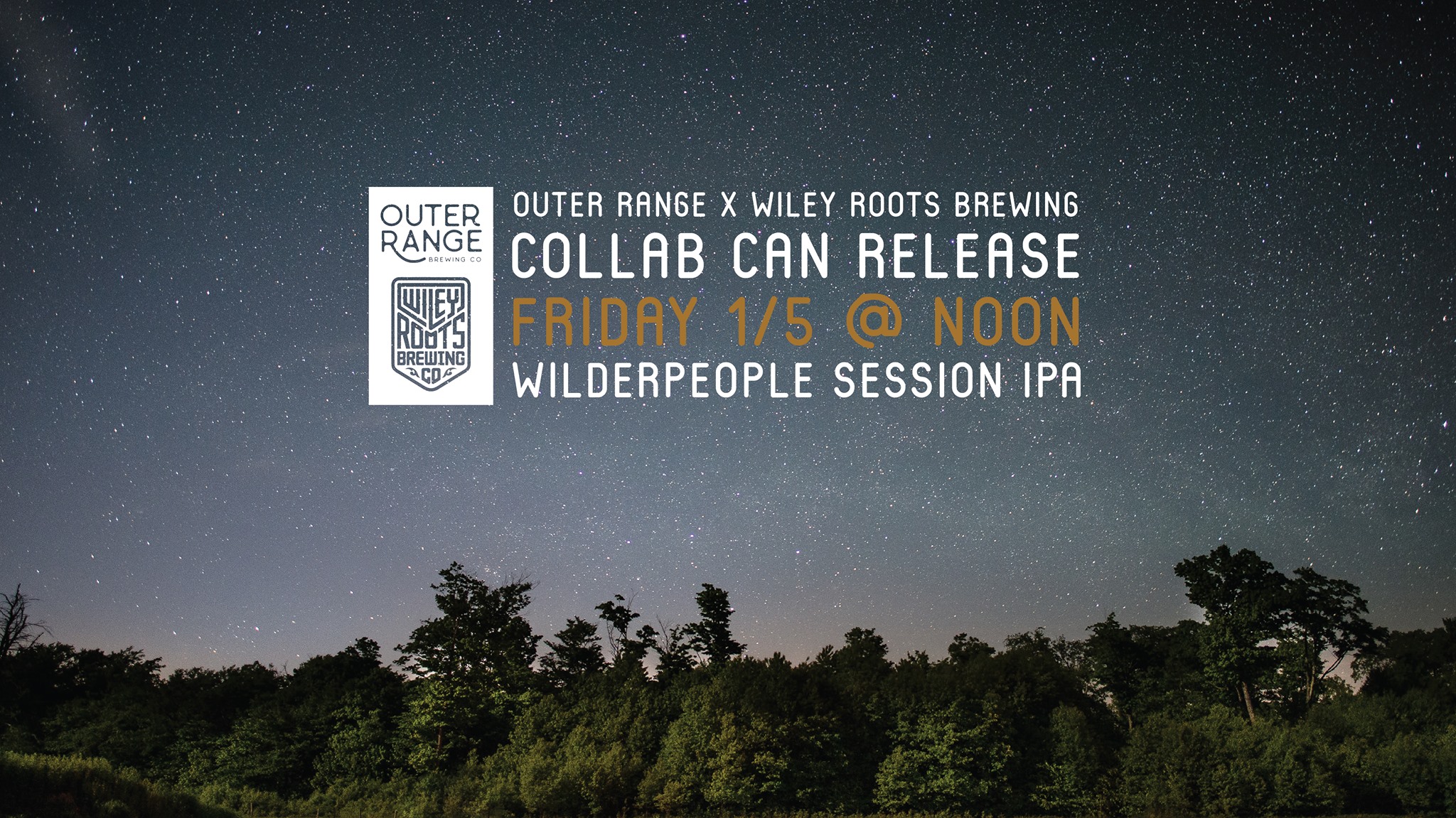 Outer Range has teamed up with their homies from Wiley Roots in Greeley, to brew another Colorado collab. In standard Wiley Roots fashion, they decided to celebrate Big Beers, Belgians & Barleywine Festival by going against the grain and releasing a Session IPA during the festival. 4.9%. Ekuanot hops. Can release starts at Noon when Outer Range opens their doors. Wiley’s owner/head brewer, Kyle Carbaugh will be here hanging out. 45 cases will be available for sale in the ORB Taproom. Wiley Roots will be releasing cans as well at a later date. 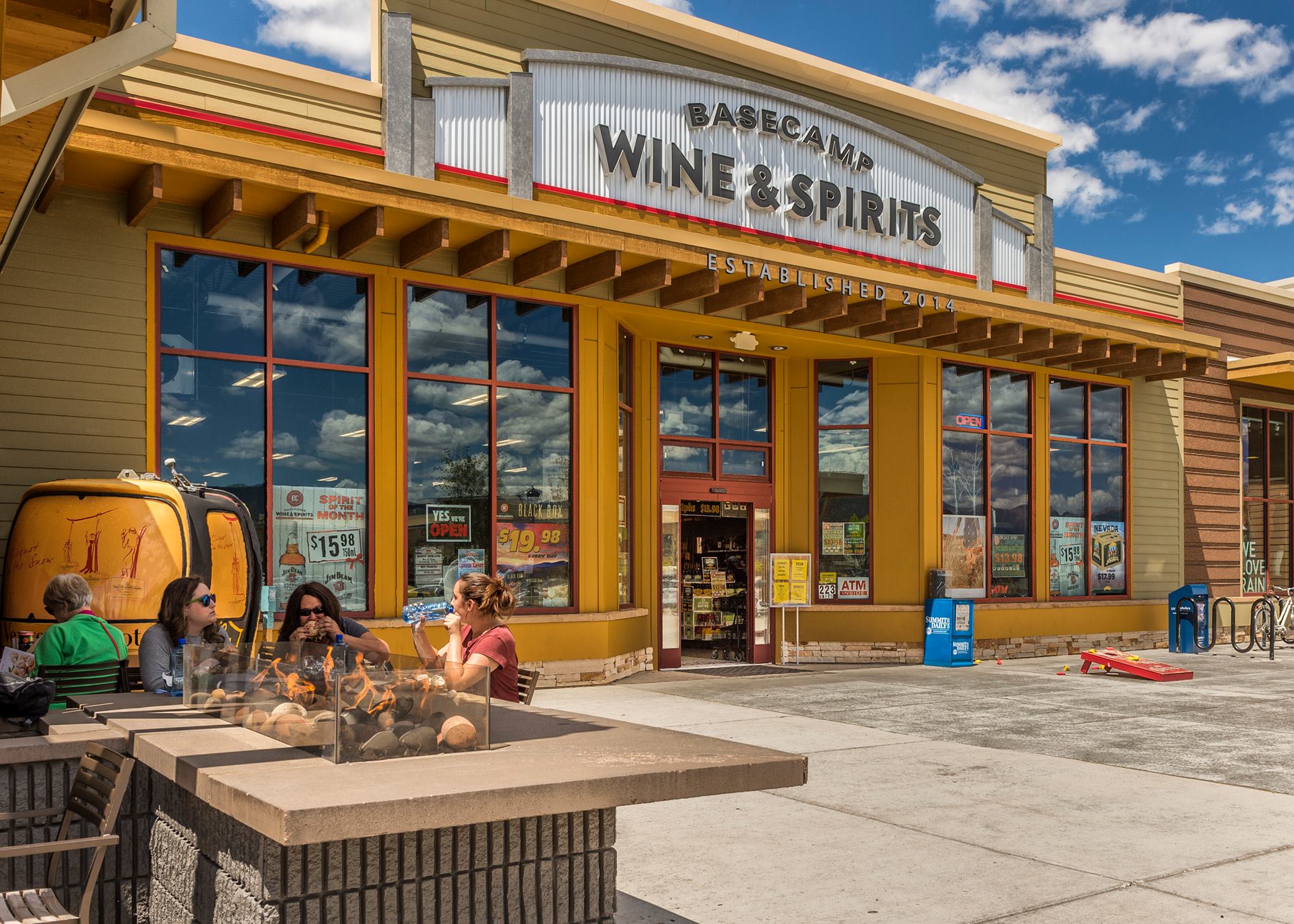 The Bakers’ Brewery is teaming up with the Town of Silverthorne, Sanitas and their soon-to-be-open friends at Angry James for a fun evening of music and camaraderie. Complimentary snacks from 5 – 7pm + guest taps from Sanitas. 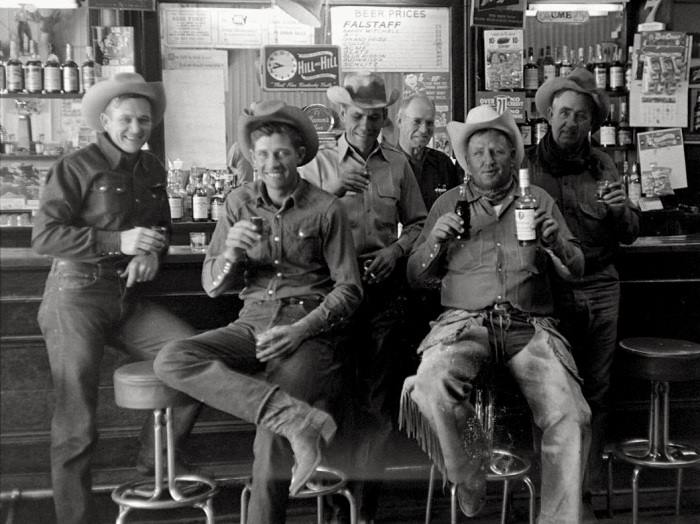 Get in the spirit on Big Beers’ eve with beer from Boulevard, Dogfish Head, Our Mutual Friend, Sierra Nevada, Three Taverns, TRVE, and Upland. Price: No entry fee. Full bar to purchase beverages. 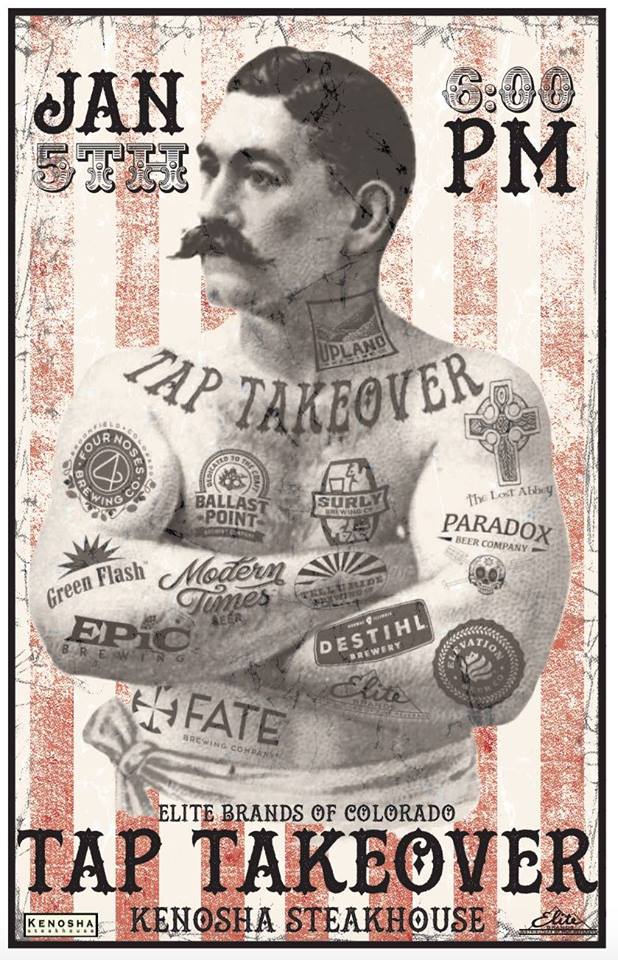 Amalgam Brewing has teamed up with Black Project Spontaneous & Wild Ales, Cerebral Brewing and WeldWerks Brewing Company to tap some special kegs on Friday night! Come on by the Kenosha Steakhouse and get down with all four.

The Founders of all four breweries will be in attendance and live music at 8pm by the Sweet Lillies, an all-girls bluegrass band.

Try this series of beer featuring Alesong, Blackberry Farm, Casey, Crooked Stave, Green Bench, and Mad Fritz and speak with the brewers, Fermentation Experts, and Jensen Cummings about the unique fermentation processes and the yeast cultures used in these brews before Big Beers.

Fresh off his Comedy Central Stand-Up Special debut, Denver comedian Adam Cayton-Holland, of truTV’s Those Who Can’t, is teaming up with Ratio’s in-house comic, Ian Douglas Terry for a special night of stand-up. Catch this all-star comedy lineup while enjoying beers from Ratio Beerworks.

3 kegs from each brewery will be tapped starting around 6 pm and pouring till they kick, including Left Hand Barrel Aged Nitro Dubbel, Stone 12th Anniversary Bitter Chocolate Oatmeal Stout, and Great Divide Boysenberry Gose. The Frisco Funk Collective will be starting around 10 pm and going till 1:15 am

Join Team Avery for a tasty evening at Ollie’s, complete with tap takeover and culinary adventure. 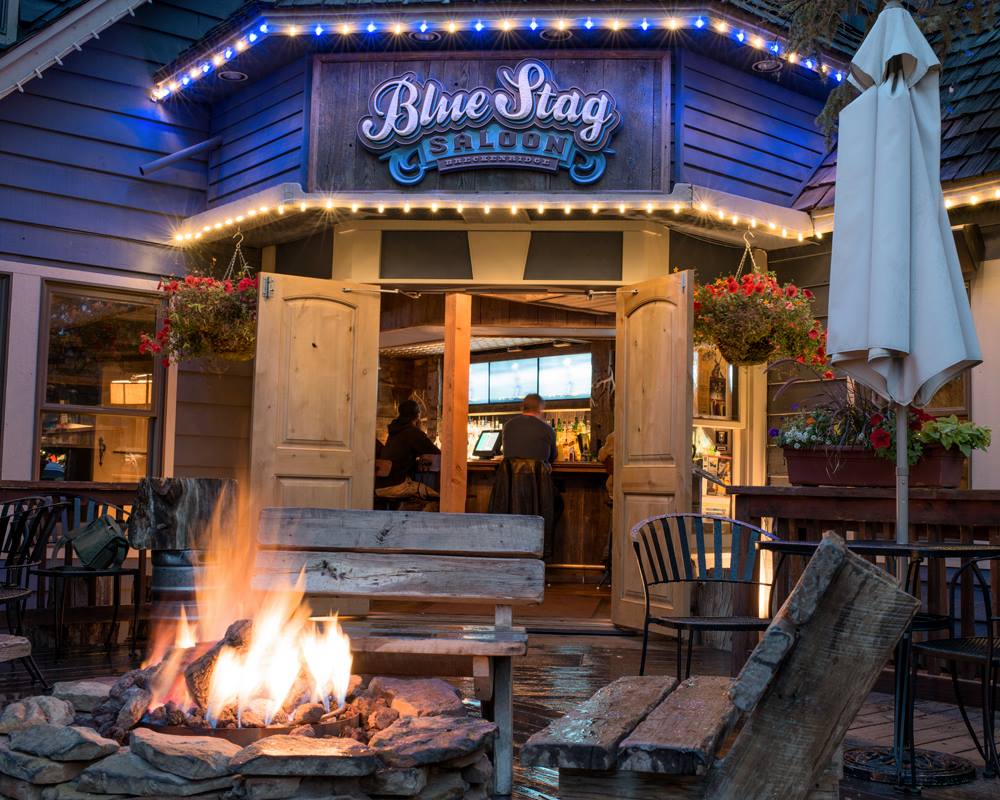 To kick off the night, Renegade is taking over at Blue Stag Saloon with 4 special releases, including Depravity Imperial Peanut Butter Cup Milk Stout and Drunken Pirate Rum Barrel Aged Salted Caramel Porter. At 8, Blue Stag will switch things up with tappings of Left Hand Barrel Aged Nitro Dubbel, Stone 12th Anniversary Bitter Chocolate Oatmeal Stout, and Great Divide Boysenberry Gose. At 10, the Frisco Funk Collective will get your booty moving for the rest of the evening.

This great event for an even greater cause will feature special tappings from Trve Brewing, Our Mutual Friend Brewery, Three Taverns Craft Brewery, and Ratio Beerworks with 100% of the proceeds from those beers going to SOS Outreach,a youth development non-profit that uses year-round outdoor sports to engage underserved students in long-term mentor based relationships.

Stone and Left Hand come together to share some super limited release beers from their archives at this Big Beers after party.

Price: No entry fee. Full bar to purchase beers from Ratio & Ska, Plus 20% off Lyft rides to the venue with promo code: RATIOBASH

Join the River North crew for a beer pairing brunch as you wind up Big Beers weekend! 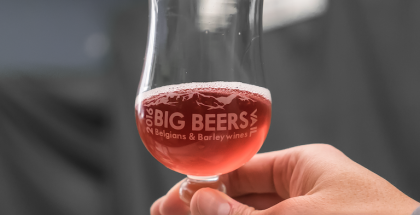