By now PorchDrinking’s infatuation with the Big Beers Belgians and Barleywines Festival should come as no surprise to our most avid of readers. Over the years we have extolled to great length some of the innumerable characteristics that distinguish Big Beers as one of the industry’s best kept secrets.

Stemming from organizers Laura and Bill Lodge’s passionate approach toward curating the best talent, while also going above and beyond in ensuring the best attendee experience, Big Beers has come to capture the essence of what it takes to throw the ultimate beer lover’s festival, ranging from a star-studded cast of brewers, to an elite level lineup of beers, intimate brewers dinners, premier educational seminars, and world class skiing all to the backdrop of some of the world’s most stunning mountain vistas.

For more on the history and importance of Big Beers read our in-depth profile of the fest.

Hear how the brewers feel about Big Beers.

This morning the Big Beers team announced their tentative list of breweries attending this year’s festival, and it’s once again filled with heavy hitters, this year comprised with a larger array of young, prominent national breweries including Alesong, Cellarmaker, Crux, Fremont, Green Bench, Modern Times, Seventh Son, The Rare Barrel, Three Taverns and many more. Below is the current tentative list of attending breweries.

Tickets for the 2018 Big Beers Belgians and Barleywine Festival taking place January 4-6 in Breckenridge, CO are now on sale. This year’s event will also once again include a Brewers Reception and Calibration dinner on Thursday night, a Cicerone Workshop and Exam, Homebrew Competition, Small Plates and Beer Pairing, Beer & Food workshop with CraftBeer.com’s Julia Herz and Adam Dulye, Brewmasters Dinner and Cigar Pairing on Friday, Beer Yoga, followed by a Brewmasters, Technical, Experimental and Sensory seminars on Saturday, all culminating Saturday afternoon with the Commercial Tasting event.

Still not convinced? Hear from some of the country’s best brewers who last year spoke with PorchDrinking about just how special this festival really is.

BREWS For Harvey Looks to Raise Funds for Leukemia Battle 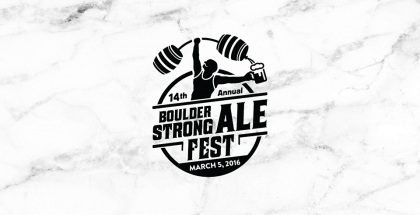