We kick things off in a BIG way, with a preview of the Big Beers Route. These beers are all 9% or higher and will knock you on your kiester. We’re showcasing the best that we’ve tried, as well as those we’re most intrigued about, and our Big Beers route definitely brings out some serious whales in the form of barrel-aged wonders, Barleywines, Braggots, Strong Ales and more. It’s not recommended to try all of these, especially not during one session. Accordingly as always, please be responsible with your consumption.

Barrel-Aged All of the Lights – Coffee Nutella Imperial Milk Porter made in collaboration with J. Wakefield Brewing and Mostra Coffee (Barrel Aged). – 13.6%

Peruvian Morning – A Bourbon Barrel aged Imperial Stout made with freshly roasted Emy J’s Coffee. This beer is as complex as it gets. Flavors of vanilla, tannins, and coffee meld together to create a flavor as deep as the ravines of the Peruvian Andes – 11.2%

2017 Snowed In: Mocha – An imperial oatmeal stout aged in Breckenridge bourbon barrels with coffee and chocolate. – 12.7%

The Abyss 2014 – A deep, dark Imperial Stout, The Abyss has almost immeasurable depth and complexity. Hints of molasses, licorice and other alluring flavors make it something not just to quaff, but contemplate. – 11%

Bourbon Barrel-Aged Fruit-Full Fort – First we took our beloved Fort and brewed it with a boatload of even MORE berries – raspberries, blackberries, boysenberries and elderberries – to create Fruit-Full Fort. Then, as if Fruit-Full Fort wasn’t awesome enough … we took it one step further! To add even more complexity to this intricate brew, we aged it for four months in freshly-dumped bourbon barrels. – 17% 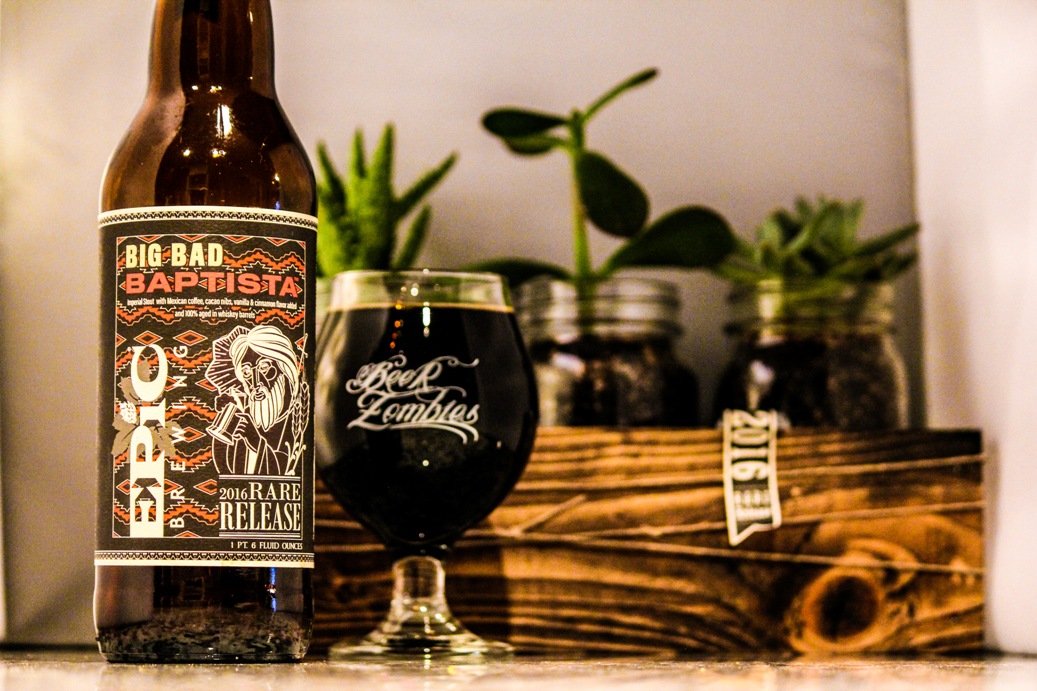 Coconut Parabola – The legendary immensity of Parabola meets the refinement of rye whiskey in this righteously spicy barrel-aged brew. A year later, we toasted shaved coconut over coals of rum barrel wood, then comingled it with the rye-aged Parabola for a period of one month. – 12.2%

Pudding Goggles – Smooth as silk and perfectly spiced, this dessert beer will remind you of drinking the milk out of a bowl of Cinnamon Toast Crunch, mixed with cocoa pebbles. – 10.3%

The Rusty Nail – The Rusty Nail begins life as The First Nail, an oatmeal stout of epic proportions with brewer’s licorice, smoked barley, and pale malt and aged on cinnamon bark. She becomes the Rusty Nail after spending 15 months in 12-year old bourbon barrels. – 13.2%

Double Stack – Double Stack is our Imperial Breakfast Stout fermented with an irresponsible amount of maple syrup & aged on whole bean Sumatra from our friends at Clutch Coffee. – 11%

A Night to End All Dawns – Imperial dark ale aged in Bourbon barrels. – 12.4%

Picture in Reverse – Picture In Reverse is our 13.2% bourbon barrel aged Old Ale. We brewed this beer with a simple malt bill of almost entirely British Golden Promise then boiled it down for three hours to reduce and concentrate the wort. After fermentation with our house ale yeast we aged this beer for over a year in bourbon barrels to develop its dark color and maltiness with notes of caramel, vanilla and dark fruit. – 13.2%

Suggestion of Mass – This Imperial Stout consists of Maris Otter base, with lots of specialty malts. 10 lbs/bbl Coconut, 2 lbs/bbl Black House Coffee, and a hint of Vanilla we added post fermentation and makes this beer taste like you just took a bite out of a Samoa cookie. – 11.3%

Mehndi – Imperial Stout aged in a Weller Barrel for 13 months

Chaos, Night, and Darkness – Blend of spontaneous and wild ales aged 2 years in barrels and refermented with merlot and old vine zinfandel grape must, blackberries, and blueberries. 10.85%

JAHvanilla Barrel Aged Ten FIDY Imperial Stout – Bourbon barrel aged Ten FIDY got rolled up in a barrel with Hotbox Roasters’ cold brew coffee and Madagascar vanilla beans until the flavors came together in a blaze of glory. Blue Mountain Jamaican coffee beans were used in the super concentrated cold brew which was added in an intense 2 pounds of coffee to 1 bbl of beer ratio. 12.9% 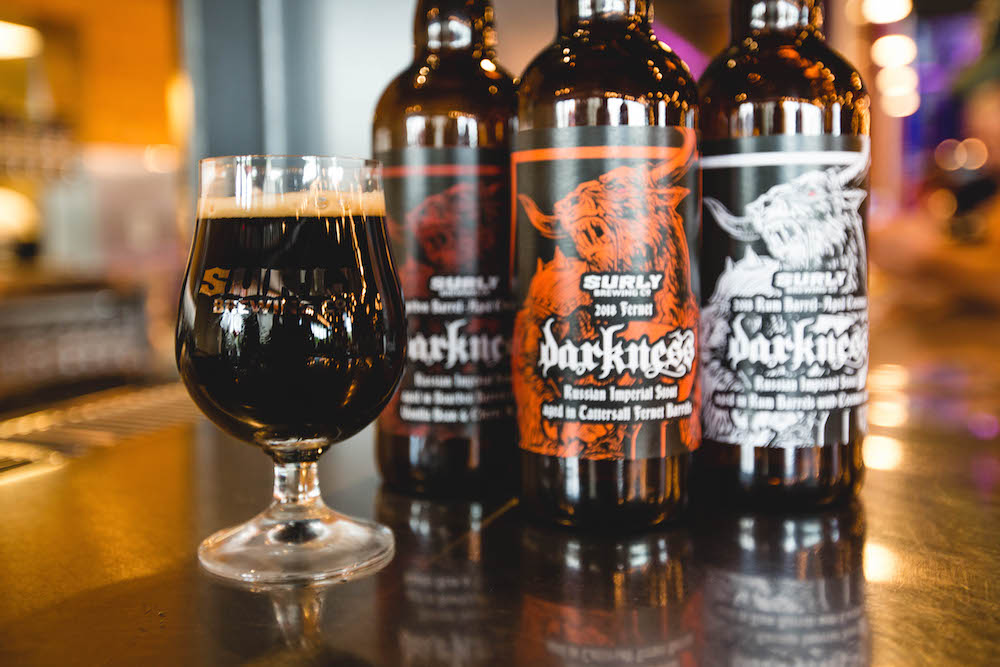 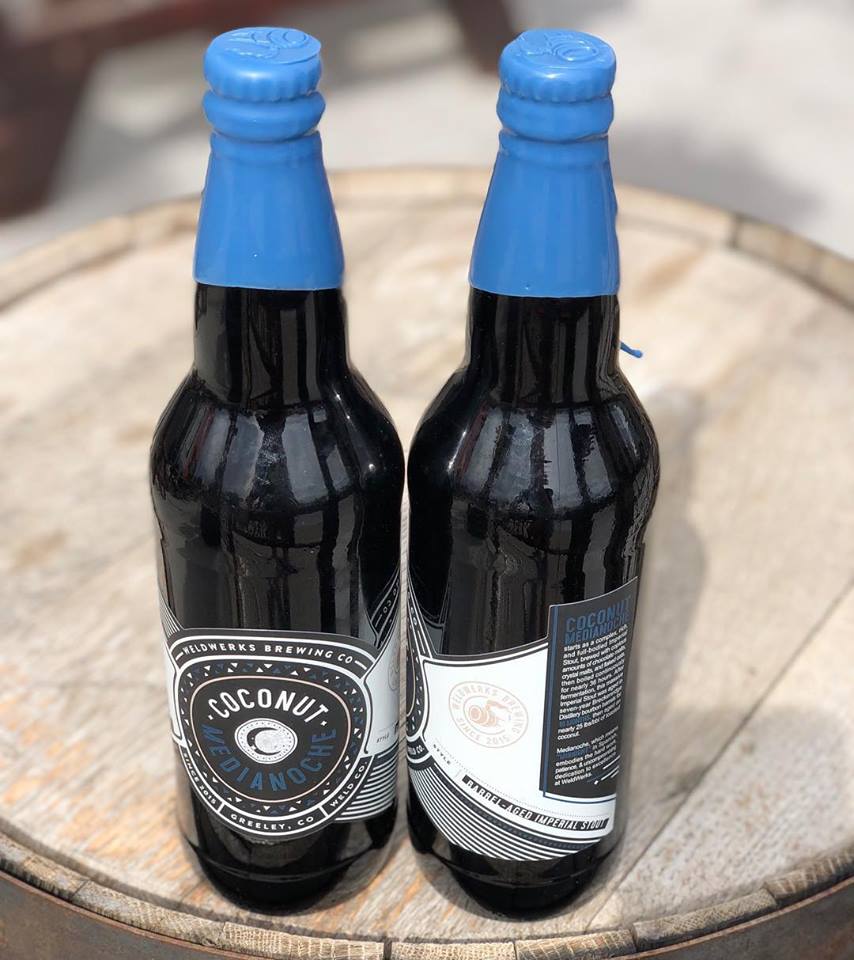