“I’ve always enjoyed brewing what I tend towards—farmhouse ales,” says founder John Rowley with a smile. As an accomplished brewer and a professional chemist, Rowley’s passion is to produce what he calls a “neoclassical version” of farmhouse ales.

RFA stays connected to the community and passes it forward through involvement with charities. They often host charity events focused on animals, but one of their latest brews has an even more intimate story behind it.

Chantal (ABV: 10% | IBU: 52) is a high gravity robust French saison with raspberries. Its namesake is a Dutch woman who developed the recipe with her husband Paul and who won multiple medals as a homebrewer. She was one of the closest friends of the brewery and was instrumental in their startup phase. Last summer, she passed away due to lung cancer. To honor her memory, RFA scaled her recipe, brewed a batch with Paul and donate $1 per pint to the Cancer Foundation for New Mexico. Its brilliant garnet color is as intriguing as its story. With a pleasant level of fruity esters and spicy phenol, notes of raspberry tartness shine through.

From the sense of place to charity, the RFA team lives their philosophies. They also have a well-curated food menu to pair with their beers. The staff will happily guide patrons through pairing suggestions. 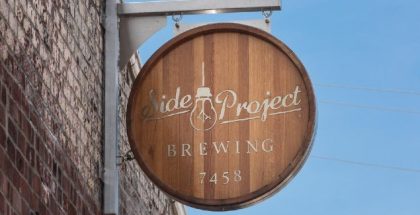 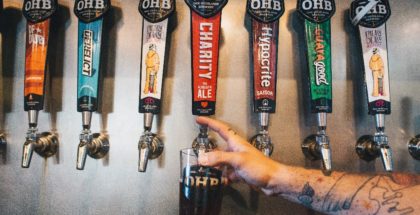