Opened by the owner of Owen & Engine, BiXi Beer features a southeastern Asian motif with the beer and food playing off one another.

Freire placed the first orders for the brewery’s equipment in January 2017 and finally started brewing in April 2018. He didn’t have the luxury of doing test batches to make sure everything was perfect before the opening.

“It was a journey,” he says. “I couldn’t afford the time to test batch anything. I had to just make it happen. Luckily, I had experience with R&D in the past that allowed me to have an idea what certain beers were going to turn out like.”

An experienced brewer, Freire has been involved with many breweries in the Chicagoland area. He’s worked at RAM, Flossmoor Station and Prairie Krafts Brewing but got his start in Evansville, Indiana at Carson’s Brewery.

When BiXi was looking for a brewmaster they reached out to Siebel Institute where Freire studied. The two parties connected and it turned out to be a great combination. With all the delays, the beer and food program wasn’t able to pair with one another at first.

Now open for several months, the beer and food pairings are more deliberate and BiXi can afford to take the time to make sure things are right.

“Eventually we had food and we had the beer and then we could sit down and discuss their relationship,” Freire explains. “We had several taste panels and pairing sessions. We were evolving as we went along.”

As for the beer, Freire is focused on taking classic styles of beer and putting his own spin on them. While he did brew one hazy IPA, it’s not something you’ll regularly find on the menu.

“The sweet spot of beer is between 5-6% ABV,” he says. “I want to drink a lot of beer without suffering the consequences.”

One of the breweries most popular beers is Unspoken Rule, a golden ale spiced with pearled jasmine tea. It’s incredibly light, refreshing, and the jasmine tea is subtly present throughout for a unique flavor in the beer. It’s not overpowering, but the characteristics of a golden ale are still the star with Freire’s spin on it. 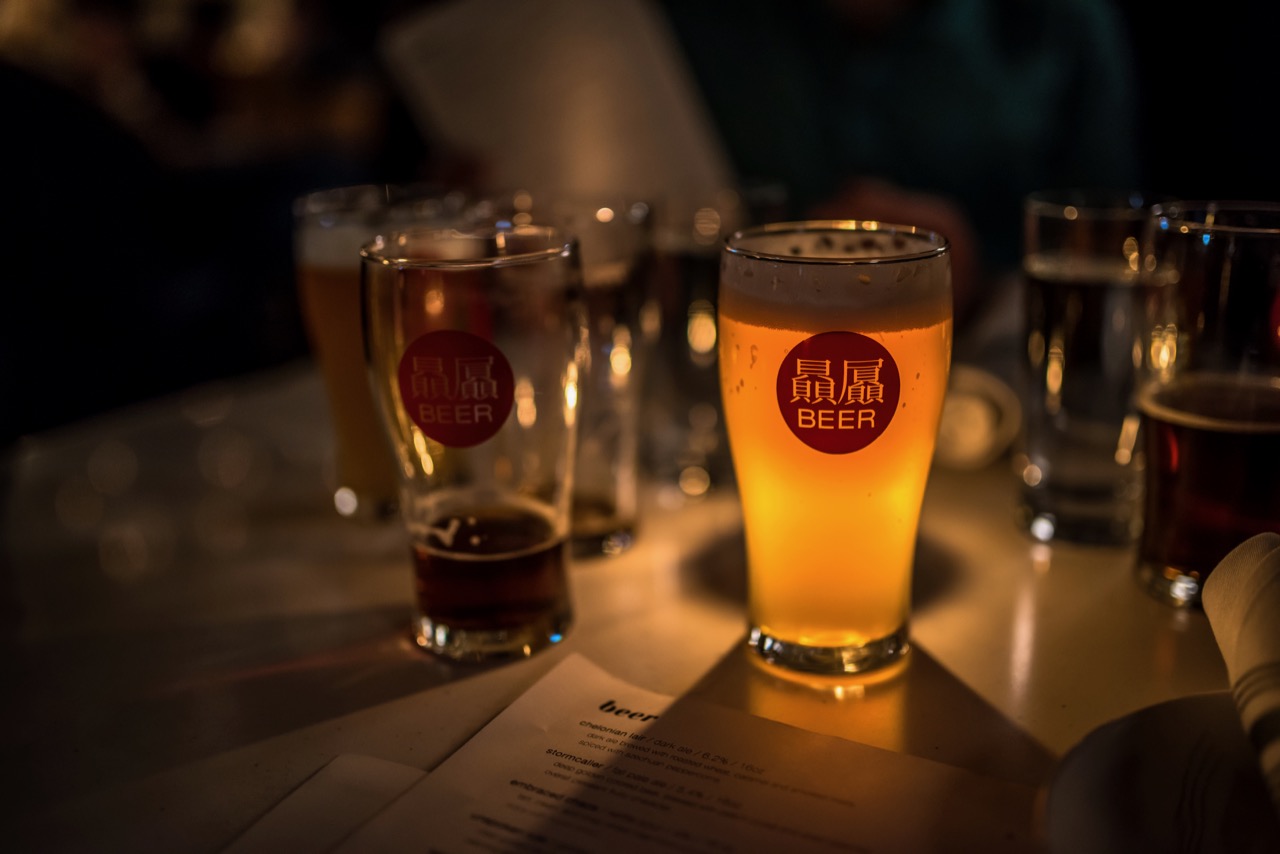 A favorite of mine was Stormcaller. This pale ale is brewed with peach puree and dried peaches. What I loved about this beer is that the fruit is definitely present, but it’s not too much. There’s still plenty of bitterness to this beer and the peach flavor compliments it nicely.

Freire also likes to experiment and create beers you might not normally see on a beer list. Currently, there’s a “Chicago-style” lager on the menu called North Branch Brown. The brown lager honors the city’s meatpacking days.

“I wanted to do a beer that honored the meat packing facilities in Chicago,” explains Freire. “The city was the capital of meat packing until the 1920s. It’s nutty, it’s meant to go with red meat, hot dogs, beef in general.”

The food at BiXi is prepared with the same care and attention as the beer. Asian-style dishes can be served small plate style but there are also larger entrees available.

As you would expect, the food coming from the owners of Owen & Engine, it’s fantastic. The menu includes classic dishes, such as the potstickers and the wontons. But they also have a Chicago beef bao that fuses the cuisine and the city it’s being served in. The bao is made with prime rib and topped with Szechuan giardiniera. 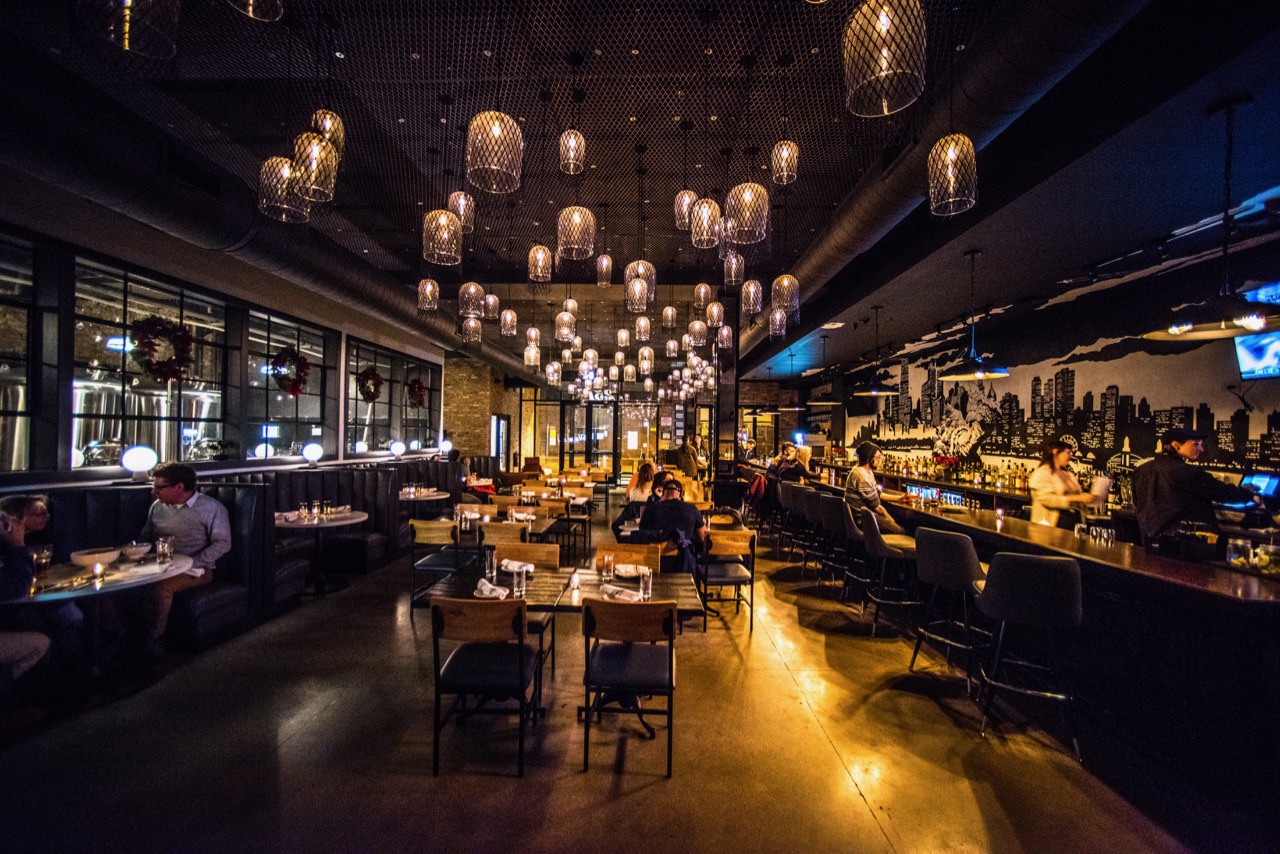 With lower ABV beers and a full food menu, Logan Square’s BiXi is a great place to grab a bite with friends, have a few beers and enjoy the ambiance. 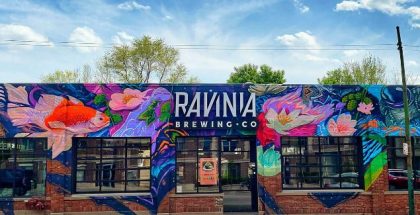 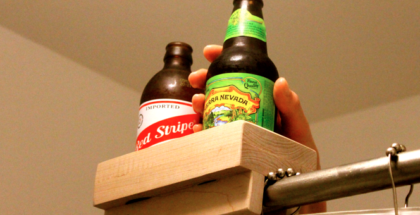