It was another monster year for beer in Colorado. And while it would be nearly impossible to break down the best beers from 2018, we looked back on some of our favorites from the past year as well as some of the most stand-out breweries, beer festivals and stories from 2018. Enough exposition, let’s get straight to the honors.

|𝕋ℝ𝔼𝕄𝔹𝕃𝕀ℕ𝔾 𝔾𝕀𝔸ℕ𝕋| 𝙱𝙰𝚁𝚁𝙴𝙻 𝙰𝙶𝙴𝙳 𝙱𝙸𝙴𝚁𝙴 𝙳𝙴 𝙶𝙰𝚁𝙳𝙴 – 𝟾.𝟿% In the Rocky Mountains there exists a truly unique specimen, a colony of individual quaking aspens sharing the same underground root system, bound and determined to coexist as one organism. Under these golden boughs, depth and complexity entwine and time yields wonder. Feels like a fitting metaphor for this nuanced Bier de Garde. Woodsy, autumnal time-born tannins mingle in with honeyed, floral Brettanomyces to create a beer that’s more than the sum of its parts. Available starting on Saturday (11/17) as part of our 3rd Anniversary Celebration. Doors to the line will open at 11am. $14/bottle. Limit 3 PP. ⠀⠀⠀⠀⠀⠀⠀⠀ #denver #denverbeer #coloradobeer #denvercraftbeer #coloradocraftbeer #cobeer #beerelease #bottlerelease #5280 #cerebralbrewing #barrelaged

Outer Range – In Colorado’s crowded brewery landscape it’s hard enough to get noticed as a new brewery bursting onto the scene, but it’s even harder to remain relevant. Frisco’s Outer Range, which just celebrated its second anniversary, has found a way to do just that. Focused on hazy NE-style IPAs and Belgian-styles, co-founders Lee and Emily Cleghorn bring previous experience from New York’s Other Half Brewing and have found similar success in a steady stream of buzzed-about can releases. 2018 saw an even wider array of consistent, quality hop-forward, gems, but we were most impressed by Outer Range’s more understated Table Beer.

Cerebral Brewing – To say Cerebral Brewing is a riser isn’t entirely true because the fact of the matter is that they’ve already arrived. That said, if 2017 was their big year of ascension, 2018 further established what a complete package Cerebral has to offer. While on a year-round perspective, Cerebral still leans heavily on hazy hop-forward styles, beers like International Waters Pilsner, and Trembling Giant, a barrel-aged Biere de Garde showcase the diversity of talent Cerebral possesses across the board. Then consider the fact that the Congress Park-based brewery continues to contend as the state’s best producer of adjunct Stouts/Porters/Clean Barrel-Aged beers with releases likes Ancient Ruins Rocky Road, Boss Fight, Forever Awake, Here be Monsters, Personal Day, Work from Home, etc and you’ve got one of Colorado’s best breweries in terms of sheer portfolio.

Wiley Roots – It’s rare for a brewery that’s had six years under its belt to suddenly become one of the most buzz-worthy breweries in its state, but that’s exactly what Kyle and Miranda Carbaugh were able to do with Greeley’s Wiley Roots Brewing. Beginning with an emerging barrel-aging program that really gained steam two years ago, coupled with their full-bore embrace of trendy styles like pastry beers and slush beers, all topped off with a silver medal win at GABF this year for Citra-Hopped Funk Yo Couch, have propelled Wiley Roots to one of the state’s fastest risers. This sudden renaissance has helped Wiley Roots join WeldWerks in turning a former cow town in Northern Colorado into a true beer destination.

Rising Breweries to Watch in 2019

Westbound & Down / Amalgam – Ok we’re a little biased, we’ve swooned over brewery Philip Joyce’s work since he first opened Powder Keg in Niwot. But in the year since his transition to Westbound and Down it should come as no surprise that their barrel program has already begun turning some heads. We’ve already begun seeing glimpses of the creative renaissance that’s become possible since pairing Joyce with Westbound’s Lead Brewer Jake Gardner, however barrel-aged beer takes time, and that time is near.

In 2019 fans of the Idaho Springs-based brewery will finally feel the full force of this emerging barrel program including some clean barrel-aged offerings. Couple that with the fact that Westbound & Down will also be opening an R&D-focused facility in Denver’s Santa Fe Arts District, which means even more innovative new and exciting recipes to join their already stalwart portfolio.

4 Noses Brewing – One of the Front Range’s most quietly prolific breweries just got even stronger. Already among Colorado’s best in terms of well-built, classic core-styles and hop-forward offerings, the Broomfield-based brewery announced a significant investment in building a sour/wild program by signing Brandon Boldt formerly of Odd13 and co-founder of stand-out Lambic-inspired brewery, Primitive Beer. Boldt joins an all-star cast and we’re excited to see what kind of acid he’ll drop in the forthcoming years.

Primitive Beer – While we’re talking about Boldt, Brandon and his wife Lisa made waves in the beer world at the beginning of the year, by re-introducing boxed Lambic-inspired beers stateside. Their un-carbonated wine-like beers are released two weekends out of each month, and are served over-the-counter via traditional hand-drawn beer engines or available to-go via beer bags in boxes in the same way as classic Belgian lambic producers did and still do… well, that and the more contemporary boxed wines. Visit their Longmont outpost during release weekend to check out their open coolship and formidable barrel-aging facility/taproom and get transported to an urban take on classic old-world practices.

Novel Strand – Tamir Danon is loud, opinionated, and polarizing, but all of that is bellied by the fact that Danon is fiercely passionate about producing outstanding beer and making sure it’s represented properly. Luckily Novel Stand does just that. While it can be said that many breweries are producing high-quality hop-forward beers, if you were to really dissect the subtleties of Danon’s offerings, you’ll be blown away by the intent behind his innovative flavor profiles. Housed in Denver’s Baker neighborhood, Novel Strand is a combination coffee shop by day, brewery by afternoon, and community gathering space throughout the day. Just try not to order a flight. Enjoy those beers one at a time to get the full experience.

Liberati
Two words: oeno beer. While brewing with grapes isn’t exactly a novel concept, a brewery that is exclusively focused around wine-inspired beers brewed with various grape varietals is groundbreaking. Liberati isn’t just your run-of-the-mill taproom, it’s a holistic culinary/beer experience. Founder Alex Liberati wanted to bring the entire authentic Italian experience to Denver from the on-site mozzarella lab to the exact replication of water ph used in the water that makes their bread, to the bag drawn serving tanks that prevent any oxygen contact from interacting with the beer. The result is a dazzling innovative experience that caters to the most refined gourmand as well as the casual beer/wine fan that is looking to experience something completely new.

Burns Family Artisan Ales
Wayne Burns is kind of like the Michael Bay of brewing, he goes big every damn time. The journeyman brewer has done stints brewing in Michigan, co-founded Jagged Mountain before leaving the brewery, then joined Golden’s gluten-free Holidaily. But what he’s most known for is brewing high octane, high ABV beers, and he’s now doing so on his own terms through Burns Family Ales, which was started with wife Laura Worley. Offerings like their Thunder Kolsch remain true to their high ABV mission, but what it lacks is the apparent booziness and cloying aftertaste that can often become a turnoff to big beers. Burns’ ability to find balance among such boisterous beers is a testament to their craft, visit this new start-up gem in the former Wit’s End Brewing space. Then again they do also have 16%+ Barleywines and Braggots as well.

Timnath Beerwerks – In just over two months Cy Bevenger, head brewer and co-founders of Timnath Brewing has created a promising upstart brewery in the rapidly expanding town of Timnath, just southwest of Fort Collins. Early entries such as their Hazy IPA and Kolsch coupled with their cozy taproom setting prove that this young brewery has tons of potential for the months ahead.

Metric Brewing – “Chase and Mike at Metric Brewing have collectively helped raise the bar for brewing in Colorado Springs with their innovative approach and ever-growing list of brews. Expect more inventive beer styles and incredible beer from this new upstart in the new year. The should be on every craft beer drinkers list if you’re venturing to The Springs.” – Ryan Hannigan, Focus on the Beer

Brewery Who Had the Biggest Year in 2018

WeldWerks Brewing – At this day in age, when you are able to successfully package and distribute over 100 different beers in one year, with the majority of them being high quality enough to not sit around on shelves collecting dust, you’re the headline of the year. Then add to the fact that in it’s debut, WeldWerks also launched one of the most impressive beer festivals in the country and followed that up by announcing a significant facility expansion. WeldWerks continues to knock it out of the park with its Medianoche barrel-aged stout lineup as well as its pastry inspired Achromatic Stout series, but event more classic styles like their Keller Pils are well-built and deserve more attention.

Grocery Store Bill – Technically the contentious battle to allow grocery stores in Colorado to carry full-strength alcohol has been at a slow burn for many years. What came to a head in 2016 as SB-197, was finally enacted on January 1, 2019, however the lead-up to integrating full-strength beer throughout grocery stores dominated headlines for much of the end of 2018.

Those for the change argued for convenience and accessibility to full-strength beer. But what may seem common sense to the everyday consumer has far greater implications that could impact the entire landscape of craft beer. Small independent breweries have fought against SB-197 because it threatened the livelihood of small independent liquor stores. Those mom and pop stores have been instrumental in allowing up-start craft breweries instant access to market through packaged distribution. Because Colorado law allows breweries to self-distribute their own product, if a neighborhood brewery began canning or bottling their beers previously they could easily walk into a liquor store and pitch them on carrying their beers without much hassle.

However, the process isn’t so easy with chain grocery stores, who often require a minimum volume before consideration on store shelves, and typically require approval at the corporate level. Then comes the issue of shelf space, price competition, placement, marketing and countless other subtleties that put smaller breweries at a complete disadvantage.

True craft fanatics will more often than not continue to shop at their go-to liquor store for more craft options and rare releases, however, if the general consumer opts for convenience at grocery stores over their neighborhood liquor stores, many of those liquor stores will eventually be forced to go out of business and the ripple effect could deal a major blow to the future of craft in this state. 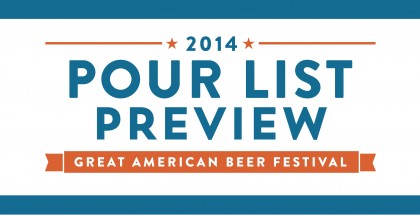 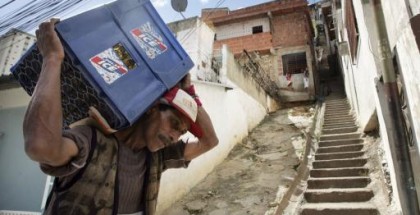