Have you heard? Schlafly Beer will be releasing their flagship beer, Pale Ale, in 12 packs of 16 oz. cans! This is a big move from the largest, locally owned St. Louis brewery, that introduced the Midwest to craft beer in 1991. This announcement comes just ahead of Can Appreciation Day, which is coming up on January 24. Since their flagship beer has stood well over the test of time, Schlafly made the move to distribute in cans so that it’d be even more accessible to current and future craft beer lovers.

This flagship session beer is a true-to-style English classic and remains one of the brewery’s top-selling beers. The copper-colored ale is both approachable and easy-drinking at 4.4% ABV and 25 IBUs. It delivers the authentic taste of the Old Country, and achieves it with the use of London yeast, English chocolate malt, and East Kent Goldings, Northdown and Pilgrim hops.

Founding brewer Stephen Hale says, “28 years later, it’s easy to see how Tom and Dan’s vision for Schlafly’s first beer could stand the test of time and seasonal beer trends. We’re always proud to hear the stories from people that Schlafly Beer’s Pale Ale was their introduction into the world of craft beer. We hope the new 16-ounce cans make this beloved style even more accessible to current and future craft beer drinkers.”

English pale ale was not only one of the first styles brewed by the Saint Louis brewery, but it sparked the start of Schlafly Beer. Co-founders Dan Kopman and Tom Schlafly fell in love with the style while spending time in England. Dan had been working at Young’s Brewery, and Tom had taken a continuing education law course at Oxford. Both enjoyed many English pale ales during their times abroad. So, when Tom wanted to bring the styles he enjoyed in England to St. Louis, he connected with Dan through a law colleague. Schlafly Beer Pale Ale was born when the duo established The Saint Louis Brewery in 1991.

Schlafly’s release of 12-packs of Pale Ale cans introduces a fresh look for the beloved style. Additionally, the cans and packaging offer a modern feel to a classic Schlafly beer. The style name takes the center of the brand’s signature circle, usually reserved for their logo. Packaging updates also include the addition of hop illustrations as well as bolder colors.

This release follows Schlafly’s steady addition to its can lineup over the past year, including 12-packs of White Lager, Hoppy Wheat and Oktoberfest, as well as canned Proper Cider: Raspberry and the brewery’s Hop Allocation series. Pale Ale 12 packs will available for $13.99 across their distribution area. For more on Schlafly Beer’s distribution, visit their beer finder. 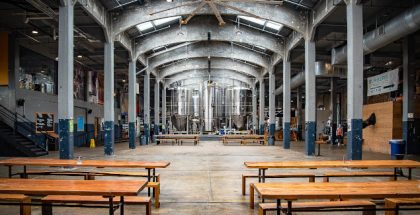 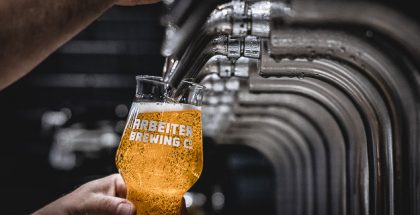