For the past two decades, La Folie has transformed the country’s understanding of American Sour beers and inspired innumerable breweries to embark on their own quest for acidity. But like all truly great innovators, the best are not satisfied resting on their laurels. Two years ago, New Belgium introduced the next extension of La Folie with the use of Geisha coffee. And now, we have it’s latest entry, La Folie Grand Reserve: PX, available beginning February 9th.

New Belgium has been making sour beers for over 20 years, launching their wood beer program in 1998 with La Folie. The game-changing Sour Brown continues to serve as one of New Belgium’s most beloved beers and an inspiration for these small batch Grand Reserve variations.

“When I set out to make Grand Reserve, I feel like I’m taking La Folie to the prom or on an once-in-a-lifetime luxury vacation. It has to be very special,” explained Lauren Woods Limbach, New Belgium’s Wood Cellar Director & Blender. “La Folie is already so brilliant and complex. What I look for is the spaces in between and imagine what we could introduce to fill in those flavor gaps. The dried, stewed fruit of PX Sherry promised to elevate La Folie to a new level.”

New Belgium sourced 20 sought-after sherry barrels, each previously holding PX Sherry; to mature La Folie’s dark sour base and New Belgium’s house culture for nine months. Once the beer is mature, 400 whole, hand-split Tahitian vanilla beans were infused into the sherry barrel-aged base beer for four months. Then, they swirl it every day to intensify the combination of vanilla’s sweetness with existing fig, sour plum and cocoa flavors.

“It was an absolute labor of love. We were very meticulous throughout the process, sort of like helicopter parents/brewers. You really only get one shot at it,” Limbach continued, noting the limited availability of fresh sherry casks. “This recipe started in my head about two years ago. It always feels a little magical when the end result matches such high expectations.”

They bottle and keg La Folie Grand Reserve: PX on a gentle amount of nitrogen. This is a unique technique unusual for wood-aged sour beers, providing a smooth and velvety mouthfeel that elevates the entire drinking experience.

Additionally, in 2015, New Belgium became the first brewery to release a nitro sour with Oscar Worthy Coffee – a wood-aged sour with whole bean coffee added. Then, in 2018, it released La Folie Grand Reserve: Geisha, which became the first ever nitrogenated beer packaged with a cork & cage finish, a process replicated this year with the release of La Folie Grand Reserve: PX.

Flavor: Sweeting initially with a sour middle that sways back to subtle sweetness before finishing with a mouth-watering pucker.

Mouthfeel/Body: Medium to full bodied, finishing with a full and smooth mouthfeel.

Where to find the beer: 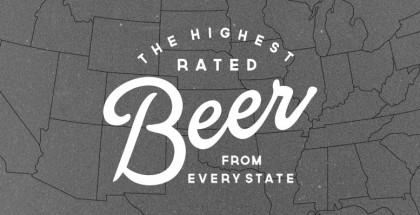 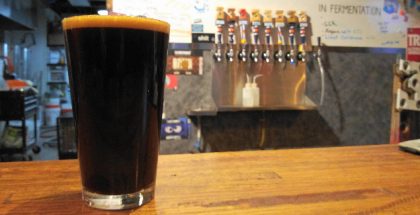