Walking in isn’t much different. The brewery is coated in black, stainless steel and dark wood. There are a few modern touches from the scattered art along the walls, but otherwise this feels like an older business in the heart of Denver’s industrial neighborhood. While the main focus is a beautiful brand new stainless steel brewhouse and four fermentors, the rest of the brewery blends into the atmosphere. Even the main signage behind the bar is rustic, without being hipster or modern for the sake of modern. Hipster is left to the odd green metal chairs at the bar, comfortable with backing, but out of place.

Lighting above the stained wooden bar consists of Edison lighting and spot lighting, which complement the abundance of natural lighting without distracting from the taproom’s warm wood and dark paint. Garage doors line the exterior walls on the north and east walls, allowing light to flood into the space. While the taproom is small, the bar is laid out in a way that provides separate areas for people to gather without creating unnecessary issues just to proclaim that they are busy.

This is a key feature I missed from the old brewery.

River North’s old location was always busy, but not so busy that you didn’t want to go. You could get a drink, find a place to sit, or stand, and talk among friends without shouting. The new location accomplishes this without effort, though I do see this taproom being much busier than the original.

River North holds a very special place in my heart. There are stories and stories I could tell about my discovery into the Denver beer scene, homebrewing talks with the owner and Patrick (you are already missed), and late nights drinking glass after glass of sours, saisons and stouts. It is truly where I found an appreciation for funky, wild and barrel aged beers. If River North’s original taproom was an album, it was one loved to listen to on repeat. Anyone that was fortunate to remember the early days and connect with the space the way that I did, knows that the beauty was in the building’s imperfections, the sound of the city outside the doors and the raw feeling you got enjoying a pint alone or with friends.

Sitting at the bar, listening to two guys next to me talk about sports, the economy and the neighborhood, I was reminded why I fell in love with the original space. Similar to the neighborhood coffee shop where everyone knows the owner and it’s been there forever, there is a sense of belonging. The aroma of freshly stained wood, music overhead that is not the top 20 or so obscure that every song is too new to recognize, and the warm backsplash with the familiar River North Brewery logo, creates something new, but also pays tribute to their past.

The building itself is literally connected by power lines to their neighbors. A back alley with parking, dumpsters, and graffiti on the walls back to new lofts, construction cranes and chain link fences. As I take a sip of my pilsner, a train passes with the horn blaring. The light rail is down the street with industrial tracks that run parallel.

River North moving home represents the enormous growth craft beer in Colorado has gone through, both the good and the bad. It is a testament to their ownership and leadership along the years that the brewery was not only able to recover from being forced to move, but is now able to build a flagship location deep in the heart of their namesake. I do not know many breweries that could have survived, but I do know that there was never a question River North Brewery would.

As I finish my second beer, Mountain Haze, a New England style IPA now on the patio, I take a moment to reflect on where I am, personally. River North Brewery is much more than a brewery for me. Their support for my career over the past six years has been exceptional, without getting too deep, I will say that I am very happy that they are home.

The soul of RiNo has returned. 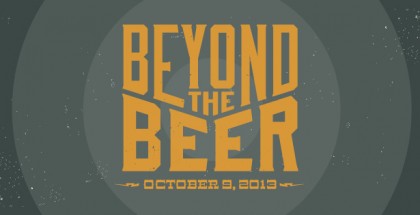 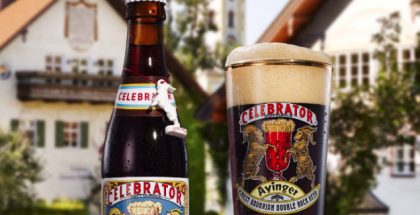