“For a CSB brewery, it’s just so great. We have 350 members and a lot of them have been with us since the very beginning; we wouldn’t have been here without them. This beer was always something they told their friends about, but we didn’t get a ton of attention for it. We don’t get a lot of interest on the internet, always flying a bit under the radar,” said Kevin Cary, Begyle co-founder.

That may have been true before, but we suspect things are quickly changing for the Chicago brewery. Coincidentally, I used that very medium—the internet—to convey my thoughts about Begyle not long ago.

Indeed, when I composed this tweet from my Denver hotel room on October 4, the night before the GABF medal ceremony. I could not have imagined it would precede an announcement that Begyle had won GABF gold for its BA Imperial Pajamas (IPJ).

I realized today that the only beers I sampled from @BegyleBrewing yesterday were its anniversary barleywine and BBA Imperial PJs. When it's good, it's good — and the Begyle strong-beer program (BA or not) has grown into one of the city's best, in this writer's humble opinion. pic.twitter.com/6XgFl6Y36u

Now, with gold medal in-hand, Begyle will likely throw a release party for not only its growing fan base, but to those who are curious about this award-winning beer.

The beer release will be as follows:

The 2019 IPJ base, removed from the barrel three weeks ago, aged for nearly a year in a blend of Heaven Hill Barrels—13, 10, 8, and 5 years. This year’s BA Imperial Pajamas presents a wonderful bourbon booziness without being “hot” in the negative sense. There’s a superb balance among the sweet notes of the oatmeal stout (with chocolate and caramel flavors) and the oats, along with the barrel/whiskey character.

The body of the beer is smooth and neither too thin or too thick—Goldilocks would enjoy a sip, for sure.

The 2018, meanwhile, demonstrates IPJ’s ability to age well, which bodes well for the noontime four-year vertical that kicks off the release party. The dark chocolate notes stand out, as does the booziness. And did I mention smooth? Oh my.

The vertical might also offer an opportunity to explore how the beer has evolved.

“I think we’ve gotten better. We’ve learned,” said Cary. For sure, the one aspect of Imperial Pajamas that has changed is the beer’s body, which once was a bit thin but now has been perfected.

Submitting the beer to competitions such as GABF and FoBAB has helped the beer improve.

“The feedback has always been really positive. But also there have been some nuggets of information about what those particular judges would have like to have seen. We’ve taken that and used to help us tweak the recipe. And they’re subtle changes. It’s not like overnight we just changed the recipe, but subtle changes to make the beer a little thicker.”

As the beer has gotten more nuanced, the recognition has grown, as has the release party, which at this point is the only place one can taste the variants. Thus, the release of IPJ creates a stir for not only its quality and acclaim but because it’s the one day of the year where one can taste an array of adjuncts.

Meanwhile, the German Chocolate Cake will likely be a fan favorite on Friday and it honestly does remind one of cake. However, like all aspects of well-developed BBA such as IPJ, it’s superbly well-balanced (far from over the top). Throw in a few hints of coconut and you’ll find the beer is difficult to sip; my taster went down in a mere minute or two. To be clear, the German Chocolate Cake variant draws on the flavors without requiring a trip to the dentist; it’s not a pastry stout, by any means.

And, there was also a little surprise, too. Begyle made a little something-something that’s fun: A Hoppy Lager that draws inspiration from Labatts, ya hoser. The Begyle version, described as a  Canadian-American lager, will be available for the release party.

Whimsy aside, the beer is clean, crisp and offers fragrant hops aroma along with plenty of hops flavor and a noticeable, but pleasant bitterness that lingers just a bit. After a few pours of IPJ, you might find the hoppy lager to be the most refreshing beer you’ve ever enjoyed. And, on its own, one will merely notice drinking a well-executed, flavorful and aromatic hoppy lager.

The beauty of this year’s release is that it comes from a brewery that may serve as the essence of craft beer. Not only is Begyle community-supported, but they still hand-label every bottle and the events are put together by a small crew, many of whom have other gigs. And, that is why Kevin Cary admitted that it’s no longer the beer that makes him worry—they are super confident in the beer, it’s handling the increased demand.

Unfortunately, for Kevin, after sampling the beer, I can honestly say that the crew will likely have to deal with increasing demand for Imperial Pajamas for quite some time. When you strike gold, you get a lot of people knocking on your door:

And what a wonderful problem to have. 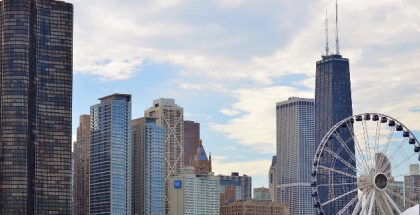