For the initiated, it’s already well-known that if there’s one non-negotiable, can’t-miss beer festival in the state of Colorado that represents the ultimate beer nerd experience, it’s Big Beers Belgians and Barleywines. And this year, expect the spectacle to be even bigger than ever.

Celebrating its 20th anniversary the weekend of January 9-11, the next Big Beers, Belgians, and Barleywines will offer a full slate of programming, the return of some of Big Beer’s biggest names from past Featured Brewmasters including Adam Avery, Sam Calagione, Eric Wallace, Brian Dunn, Doug Odell, John Mallett, Jeffrey Stuffing, Cory King, Dave Thibodeau, and more, as well as a Brewers Reception and Traditional Brewmasters’ Dinner on Thursday night with featured brewmasters Neil Fisher of WeldWerks Brewing and Troy Casey from Casey Brewing & Blending.

But even more impressive is this year’s lineup for the main event, the Commercial Tasting. Not only will all the heavy hitters be back to pour on the festival floor but this year’s fest will also include a few impressive newcomers including Transient Artisan Ales, Homes Brewery, Alvarado Street Brewery, Cellarmaker, Kane Brewing, and Referend Bier Blendery to name a few.

While the brewery list is always subject to change, here’s your first look at the 2019 Big Beers Belgians and Barleywine’s list of participating breweries. 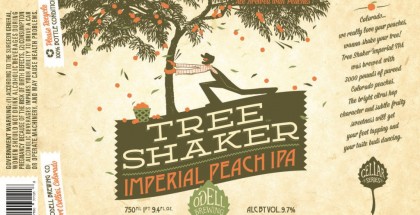