The return of Pinner IPA might have gone a little bit under the radar. Instead of a standalone, shout-it-from-the rooftops social media push, the revival of the session IPA star came as part of Oskar Blues’ recent Pack-O-Bliss mixed IPA pack announcement. Joining Pinner is a new Can-O-Bliss variant, Can-O-Bliss Resinous, which Oskar Blues playfully describes as a potential “West Coast Hazy Juicy New England IPA.”  The other two in the mixed pack are the standard Can-O-Bliss and Can-O-Bliss Double IPA. Drinkers should expect three 12-ounce cans of each in each Pack-O-Bliss.

While I’ve enjoyed the original Can-O-Bliss and am enticed by Oskar Blues’ new resin-filled creation, the real headline generator, and assumed sales-driver, for this mixed pack will be Pinner. It’s a hit of nostalgia and comfort for beer drinkers at a time people might need it the most. It might also quell the incessant social media comments Aaron Baker, senior marketing manager for Oskar Blues Brewery, says has filled their social media channels since the session IPA disappeared from shelves.

“The Pinner IPA comeback was driven by calls from beer drinkers on all of our social media channels. For months, on almost every single post we make (no matter the content), Pinner fans have simply left ‘Bring back Pinner’ or even just ‘Pinner’ as a comment. It was clear the thirst was real. We didn’t have much of a choice in the matter. The people wanted Pinner IPA.”

While the addition of Pinner to the mixed pack will surely help satisfy those who demanded its return, it should also complete Oskar Blues’ goal for creating the mixed pack, which was to provide consumers with a fresh, yet balanced take at the many flavors and varieties that an IPA can present. “With Pack-O-Bliss, we are exploring the vast range of IPA flavors by delivering the most innovative hop combinations and heady varieties. We knew a lower-ABV, crushable IPA belonged in the pack — Pinner IPA was always the answer,” said Baker.

Presenting an all-IPA mix pack seems a bit daring in today’s current market given beer drinker’s fleeting preferences and curiosity for lower-ABV offerings. The presence of Pinner should help smooth any ridges around the purchasing decision for many undecided beer drinkers looking to try something new and exciting. A Session IPA typically doesn’t draw headlines, but done well, it can tie together a brewery’s entire IPA lineup. That’s the case for Oskar Blues and for Pinner, which makes its appearance in the mixed pack, as opposed to a standalone release, a smart business decision.

While Oskar Blues is hoping to entice new drinkers with their storied lineup of IPAs, they will have no trouble convincing the Pinner fanatics — of which there are many — to buy the entire mixed pack even, even when it only comes with three 12-ounce cans of precious Pinner.

“The sheer volume of responses via every single possible type of communication — e-mail, phone calls, Twitter, Facebook, Instagram, etc. — made it impossible to ignore. It was a topic at almost every meeting we’ve had over the past year. Bring back Pinner IPA.”

Pinner is back. Pack-O-Bliss will be distributed nationwide and should be on-shelves now for those looking to celebrate its return. Cheers! 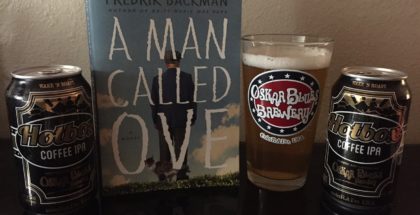