Beer for GoodGABF
No Comments

The Michael James Jackson Foundation for Brewing and Distilling (MJF) launched in July 2020. Its mission is to grant scholarships to fund technical education within the brewing and distilling industry for people of color in the U.S. At the virtual GABF, Garrett Oliver, brewmaster at Brooklyn Brewery, discussed the foundation, how it came together, and why it’s so important.

What is the MJF?

Today, there is a large disparity in both assets and the ability to afford this education for people of color. The technical education within brewing and distilling is crucial, and the MJF provides resources that not only allow access to technical education, but allows recipients to start their careers without debt.

Named after Michael James Jackson (1942-2007), known as the world’s greatest beer and whiskey writer, whose work helped launch the craft beer movement in the U.S. Jackson was not a person of color himself, but is described to have been “actively and profoundly anti-racist.”

In 1989, Garrett Oliver began his own career within the industry with his first professional brewing job. With this career shift, he took a 75% pay cut.

“You have to want it. First you fall in love, in love with beer. Then, beer will make you poor.”

But it shouldn’t have to. Many people cannot afford to enter into this industry or make the career change. Similarly, many also do not have anyone they can borrow money from to help. You need connections. People of color often don’t have these same connections that others do. Along with the scholarship grants, MJF connects its recipients with mentors – other people of color within the brewing and distilling industry. They provide their mentees with the necessary connections to help them succeed.

Why is the MJF so important?

Representation matters. Roughly 45% of the U.S. population is not represented in brewing and distilling. Resources and connections are important in giving people of color not only the opportunity to have a voice in the industry, but to thrive. People of color are too often used to going to breweries, taprooms, and festivals and not seeing anyone else that looks like them. Black and Brown people in craft beer are often the only ones in the room.

Last year, Oliver attended Fresh Fest, the country’s first Black beer festival. Looking around, he saw thousands of people of color, and members of the LGBTQ+ community. It was a diverse group of people, all enjoying beers together, in a welcoming environment. Simple concept, right? It should be. If it makes you as angry to read this as it makes me to write it, knowing that there are large groups of people who don’t currently feel comfortable or welcome in places many of us go purposefully to seek comfort and community, know that you can get involved with the MJF.

How can you get involved?

First, you can donate directly via their GoFundMe charity link. To date, the organization has raised over $173,000. Additionally, you can apply to be a mentor by submitting a cover letter to Garrett Oliver himself at [email protected]. For more information about the MJF and how to get involved, visit www.themjf.org.

“I’m looking forward to creating a craft beer culture that looks and feels like the U.S. Wakanda Forever!” 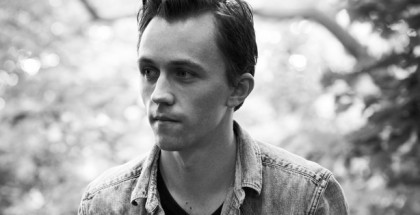