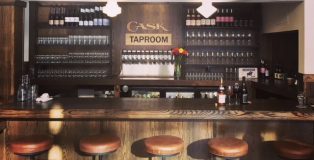 Brian Sheehy and Doug Dalton own three Cask Store locations: the flagship downtown on 3rd and Market, and another spot in the old Rincon Postal Building near the Embarcadero, and Cask on College in Rockridge. Sheehy and Dalton own a handful of other great bars in the Bay Area, including Bourbon and Branch, Pagan Idol and Local Edition. They have been influential to the cocktail scene in this area for the past decade and many great bartenders who have gone on to open their own establishments came up through the ranks of this company. Cask Taproom and Wine Bar is the name of the new drinking establishment within the Cask on College Shop. I spoke with taproom manager and beer buyer Josha Baker about the history of Cask, herself, and the Grand Opening on March 23, 2018.
END_OF_DOCUMENT_TOKEN_TO_BE_REPLACED 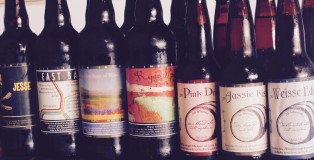 Tucked away in a historic part of Oakland, Ale Industries carefully crafts their wonderfully fun and inventive beers. The brewery, which happens to be the oldest and largest Oakland has to offer, has a taproom named: the Jingletown Jazz Room. If the Jazz Room had a day job, it would obviously be a brewery, but it does have another occupation. On the second Friday of every month, the Jingletown Jazz Room really lets its hair down and hosts local artists and musicians.

END_OF_DOCUMENT_TOKEN_TO_BE_REPLACED 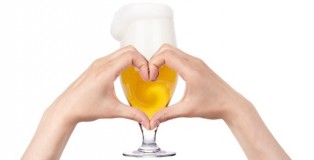 Valentines Day sneaks up on everyone. You’ve just finished recovering from the holiday season and now you’re scrambling to find a gift for your Valentine. There are the standard gifts that are often bought: last minute flowers and a cheesy chocolate box from a CVS. To avoid getting that eye roll from your craft beer-lovin’ special someone, check out our 14 Valentine’s Day Beers To Try This FeBREWary. END_OF_DOCUMENT_TOKEN_TO_BE_REPLACED