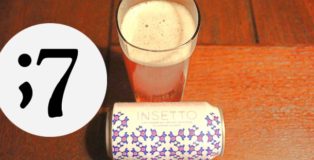 I was strolling through my local Whole Foods’ beer department when my eye was drawn to something beautiful. It was a repeating pattern. Appearing almost like dark purple single-celled organisms with brighter violet nuclei, this pattern seemed to self-replicate across the face of the can, creating white insect shapes in the negative space. Once I read the description of the contents, I knew that Stillwater Artisanal’s Insetto would be coming home with me that night. Yes. The whole thing was exactly as creepily seductive as it sounds.

END_OF_DOCUMENT_TOKEN_TO_BE_REPLACED 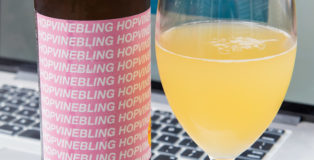 “Ever since I left the city to collab with Hudson Valley Brewery, you got a reputation for yourself now.”   – Stillwater Artisanal Ales

Stillwater Artisanal Ales out of Baltimore, Maryland and Hudson Valley Brewery out of Beacon, New York released a collaboration beer earlier this year inspired by, you guessed it, Drake! If you’re not familiar with Drake’s work as a musician and artist, you’ve no doubt seen these hilarious dancing GIFs. If you haven’t, well, that can only mean one thing. You probably have a life and don’t sit around laughing your ass off to dancing GIFs like I do. Let’s talk beer. END_OF_DOCUMENT_TOKEN_TO_BE_REPLACED