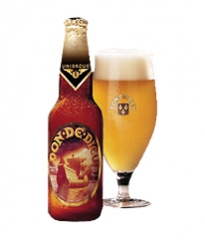 People, events and moments are ephemeral when they fail to etch a mark into our memories. It’s fairly straightforward; only the special ones get a place. With a name that literally translates as “Gift of God,” Unibroue’s Don de Dieu has much to live up to. Oftentimes, I think we are naturally reticent when people and things give themselves such out-sized personas. So it was with some suspicion that I popped open a Don de Dieu, peeling back the golden foil that adorned its head and shoulders. As a regular consumer of Unibroue beers, I was cautiously optimistic.

The beer poured a beautiful golden color. Its translucence, however, did not conceal the fact that it was noticeably unfermented. Indeed, it was a bit disconcerting to literally see chunks of yeast dancing through the beer. Disconcerting nonetheless, the beer’s appearance is an ode to the technique that defines Unibroue brews. The beer’s look was accompanied well with a strong Begian feel and clear flavor profile. The beer, which is billed as a Belgian strong ale, is flavored accordingly. Its real strength comes from Unibroue’s distinct yeast which helps promote caramel, sugar and banana undertones. Although the flavor is both wheaty and sweet, the beer does struggle to control the boozy aftertaste. The residual sense in your throat and gut is one of booze … something that I don’t mind, but a feature that may turn some people off. The beer’s attractive meringue and creamy head cuts the alcohol marginally, but not to the extent that it masks either flavor or strength. It was a bit disappointing that the creamy meringue head dissipated quickly and provided little to no lacing on the glass, but I really shouldn’t split hairs. Overall, the beer was quite nice, and I won’t hesitate to go back to it, especially during colder months. Maybe not a Gift of God, but another solid selection from Unibroue.

Our Thoughts and Prayers Go Out to Aurora 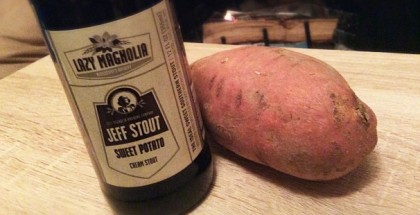 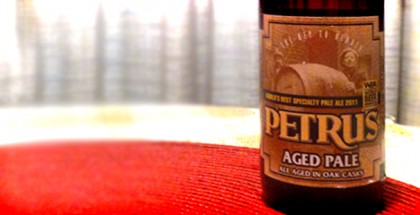