When I began planning my short, twenty-four hour trip to Belgium, I immediately began looking for the greatest and best beers to try. Having been to the New Belgium Brewery, my eyes had been recently opened to the glories of Belgian beers. So, I asked Google for a list of the greatest and best beers made by the Belgians and Google not only told me that many Belgian beers are absolutely fantastic, but the “best beer in the world” (as rated by Beer Advocate and about everyone else) could be found in Belgium and only Belgium. 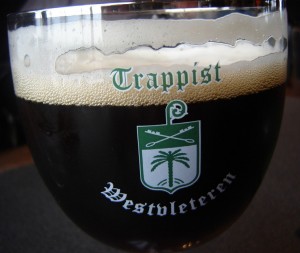 The Westvleteren 12 is brewed by a bunch of monks at the Westvleteren Brewery in Vleterent, Belgium. It is a small brewery that only brews enough bottles to sell to keep their monastery running. In order to get a case of beer, one must call their beerphone (not even kidding) and schedule a pick up. And though the monks seriously frown upon reselling (and who wants to piss off a monk?), there are a few places in Belgium where the bottles can be picked up at a hefty price. Unbeknownst to me, one of these such places was “Le Bier Circus” in Brussels, Belgium.

It took my father-in-law a good hour and a half to navigate the winding and jagged streets of Brussels from our hotel to the bar. In fact, we looked so lost that a Belgian man approached us speaking English automatically as if to say, “I know you are lost and I know you are American.” Fortunately, Belgians are extremely polite and he pointed us in the right direction. However, due our lack of direction, we were able to see many a site in Brussels including such sites as Grand Place and some sort of smaller version of Central Park. Eventually we made our way to the bar which was festively decorated with beer paraphernalia both new and old.

Tucked away in their “Vintage Beer” section, Le Bier Circus had three different types of Westvleteren 12 for sale. Being a Trappist beer, the Westy got better with age, and they sold three different years: 2008, 2006, 2004. The 2008 was the cheapest.  “Mack,” I addressed my father-in-law, “Will your daughter be upset if I ordered a €23 (i.e. $28)  beer?” Instead of answering, he laughed. He did this a lot. However, I knew the answer didn’t matter; I had to have this beer. It was a once in a lifetime opportunity. How many people were able to say that they had tried the beer to end all beers? And so, I slapped down by credit card and ordered the beer.

To my surprise, this very expensive beer was in a bottle no larger than found in a six pack. It had no label of any kind. In fact, if it weren’t for the cap (which read “Westvleteren 12”) one might worry that this was not worth the €23. The best part about the bottle was that it was covered in dust. This bottle of beer had literally been sitting in the cellar for four, glorious years. The waited popped the cap off the brown bottle (I quickly pocketed the cap) and poured me a nice, full chalice of Westvleteren 12.

It was love at first sip.

Like most deliciously browned Belgium beers, the color on this beauty was absolutely amazing. Opaque, clumpy, and oh, so frothy, this beer gives some great head (the beer mustache was so worth it). It smells like dark fruits and burnt sugar, a smell I had come to expect from these Belgians. The taste though… OMIGOD THE TASTE.

Let me just leave this quote I wrote down moments after my first sip: “MY TASTE MACHINE WAS JUST PUNCHED IN THE TONGUE.” I have never tasted anything even close to this. The Westy 12 has incredibly powerful flavors of figs, raisins, dates (dark, dark fruits) and that candied, burnt sugar. Fortunately, it doesn’t taste too boozy (though at 10.2% it definitely is), though it definitely warms the gullet on the way down. Overall, the taste was nothing short of amazing. Mind you, the beer I drank had been aging for four years, so who the hell knows what changed during the process.

The monks know how to brew a damned good beer. Maybe God helps.

On our way home down the winding streets of Brussels, I couldn’t help but stop and smell the bottle that I most definitely took home. If you ever run into the chance to try this beer (even if it costs well over €23), do it.

Round Table Discussion: Back to School Edition 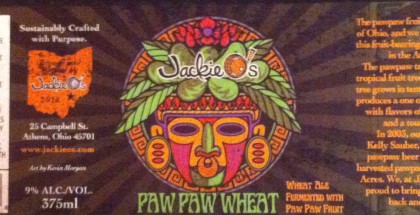 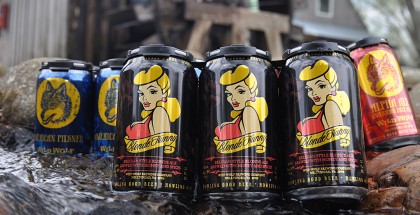