One day, in the not so distant future, when the craft beer boom will have reached the height of it’s golden age, historians will point to breweries like Copper Kettle Brewing Company as the benchmark for the neighborhood brewery movement.  As a point of emphasis, we’re no longer talking neighborhood bars, those will have already become ancient relics in this idilic world.  Because comparatively, what good is a palm pilot when you have an iPhone and what good are bars that supply Bud Light and Smithwicks when you can cozy up to a glass of Helles Lager, or Mexican Chocolate Stout?

As with most start up micro breweries Copper Kettle’s story begins with a pair of  home brewers with a tremendous passion for the craft.  Jeremy Gobien and his wife Kristen Kosik were living in Raleigh, North Carolina back in around 2008 when their journey began.  Jeremy was working on getting his PHD in Engineering when he stumbled across a neighbor while walking back from work who was home brewing.  That neighbor would eventually attend the Siebel Institute for brewing and become the head brewer at Lone Rider in Raleigh, NC.  After spending the rest of that initial day learning the basics of brewing, Jeremy joined a local home brew club and became fully immersed and started forging his own elaborate home brew system.  “When I jumped into the pool, I jumped off the high dive.  I couldn’t just wade in the shallow end,” said Gobien.  Eventually, it turned into more than just a hobby as Gobien would often find himself  looking up home brew recipes at work instead of working on his thesis or dissertation.

During the final two semester at NC State, Jeremy also spent ten to twenty hours a week volunteering at Lone Rider.  “It’s a really difficult industry to get into because so many passionate people are willing to do it for nothing.”  After finishing out school, Gobien  and Kosik visited several beer forward cities before settling on Denver in 2010 to set up shop for the biggest experiment of their lives.

Copper Kettle has developed a unique lineup that Gobien describes at the bookends of brewing.  They typically offer mix of both very traditional German style beers as well as a multitude of rotating experimental beers, such as the Mexican Chocolate, Basil Blond, and White IPA.  “The beauty of being a smaller brewery is that I can take risks like brewing a basil beer,” said Gobien.

The risk has certainly paid off.  Last year, Copper Kettle won it’s first gold medal at the Great American Beer Festival in the Herbs ad Spices category with their Mexican Chocolate Stout.  It turned out to be a huge surprise on multiple fronts.  “Three months before opening, we had a solid lineup of three German styles and one or two hoppy types but nothing wild and crazy that people HAD to try.”  “It was summer time, 90 some degrees out and I decided to try a mexican chocolate stout, we only thought it would be something we’d do once a year for fun, but people went nuts!”  “So when we got the entry form for GABF we decided to stick it into the Herbs and Spices category, which is basically the Wild Wild West of beer categories because there are no real rules.”  “And it freaking won!”  It also happened to be the first entry into a professional contest by Copper Kettle as a professional brewery.  “My mind was going nuts, my knees were shaking and I suddenly thought we’d sweep every category.”

This year Copper Kettle will be entering their 2011 Breakfast Stout in the wood aged stout category.  They’ll also be pouring their Helles, Pilsner, Belgian Golden Strong Ale, Dunkelweis and their Mexican Chocolate Stout at their GABF booth.  The brewery itself will also be open and it is located at 1338 S. Valentia St. #100, Denver, CO.  Stop by and who knows, maybe you’ll stay around and make Copper Kettle your future neighborhood brewery. 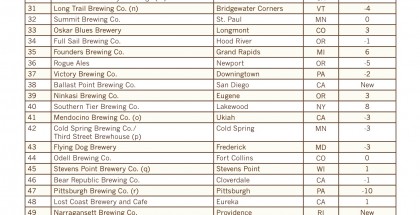 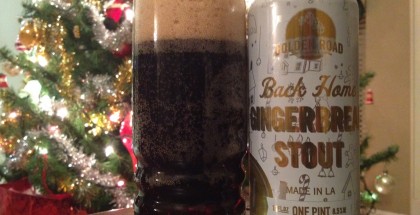