Daylight savings time begins this Sunday, March 10, meaning that we’ll soon be getting an extra hour of daylight. This bizarre bi-yearly occurrence of time manipulation led our scifi obsessed minds to spin wildly out of control.  We asked our staff what they would do if they had the power to control time.  Post your responses on what you would do with time control powers below in the comments section!

Phil: If I could go back in time, I would play a role in the making of ‘Space Jam’.

Lizzie: I would give myself an extra hour each day so I could watch the Kardashians and not feel as though I’d wasted an hour of my life.

Drew: That’s a pretty good one, Lizzie. Guilty pleasures are suddenly guilt-free when you can control time. I’d speed up the hour (okay, half hour) where I’m working out. That’s always the hardest hour of the month.

LVZ: Buy spandex, hang out in tough neighborhoods, and become a real-life super hero. This is real life right? I could potentially really do this?

Jason: Slow down the good times and speed up the workday. Also, I would bring back historical figures in a phone booth.

Erin: Jason, a Time Lord cannot control time, only travel through it (well, and space). Duh. I would go back in time and hang out with dinosaurs and the aliens who built the pyramids.

Josh: I would go around saying “GREAT SCOTT!” , “Roads? Where we’re going, we don’t need roads.” and other awesome Back to the Future quotes. Also biggest waste of controling time abilites goes to Hermione Granger for using her powers to…. study more.

Nate: I would use it to freeze time and have an infinitely long weekend. Watch all the movies I ever wanted. Read every damned book. AWESOME.

Jason: Erin, the question did say control time. I thought that meant manipulate. My mistake. My other reference was to Bill and Ted, though, not Dr. Who. Rufus is not a Time Lord, merely a futuristic ambassador.

Erin: Ah how many phone booths bring people back! Apologies for my confusion.

Tristan: I only use phone booths as glass cases of emotion.

CVM: Its technically a police box, not a phone booth.

Laura M: I would use my time traveling skills (ok, my TARDIS) to kill Hitler, with my two hearts 😉

Erin: I am just embarrassing myself today. I would go back and correct my geek snafu.

Sonny: I’d go back and always have the best comeback unlike George here:

Lindsay: I’d hurry up this kidney stone and my impending recovery from nasal surgery. Sorry to be such a downer, but all of this is really eating into my craft beer drinking time!

Cory: If I could control time, I would throw a party in a hot-tub and take Steve Pink to 2009 and tell him not to make a horrible time machine movie in 2010. 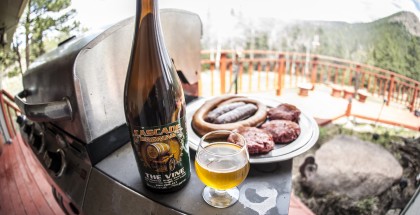 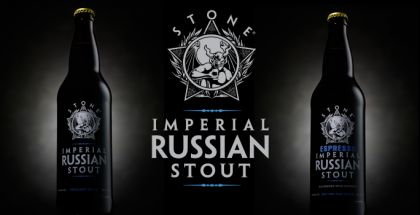