Donald Glover Has Made His Choice

God love Childish Gambino, but I love Troy Barnes more. On the fifth season of Community, Glover will only appear in 5 of the season’s 13 episodes. Glover will be using his new found free time to work on his stupid music or something else super cool. This is horrible news for everyone and I don’t understand why there isn’t rioting in the streets. RIP, kind of … 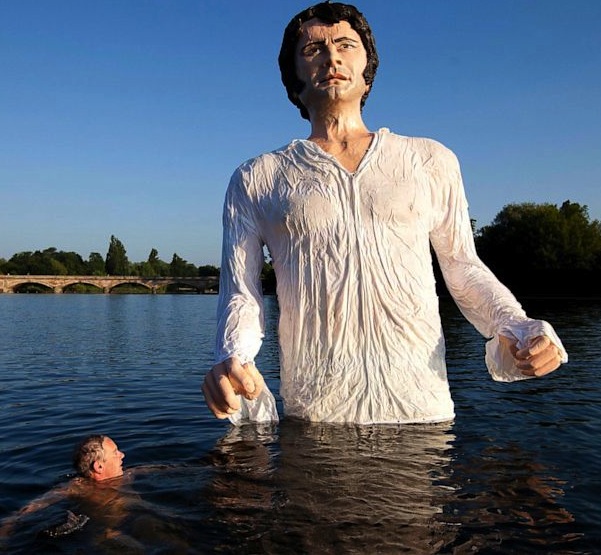 Because now they have a giant Colin Firth statue and I absolutely must see it. This beautiful tribute to literature and television is currently hanging out in London’s Hyde Park. If you don’t know, the statue is based on the scene in the only Pride and Prejudice adaptation that matters when Darcy has just returned to Pemberly from somewhere and goes for a swim in his own private lake. He is about to enter the house soaking wet when he finds Elizabeth Bennet walking out and its like … super awk. Why was a giant statue of Colin Firth erected you ask? Because why not, dummy. Also because they are trying to promote a new channel called Drama dedicated to British programs (Which has now confused me as to what BBC has been doing all these years). This scene from P&P was chosen by British citizens as the most memorable moment in British TV drama. While I applaud their taste I’m concerned that there weren’t more memorable moments. I mean, ‘yay’ but also ‘really?’ The statue really just reminds me of Touchdown Jesus outside Cincinnati but that’s mostly because its giant, mostly white and emerging from a lake. 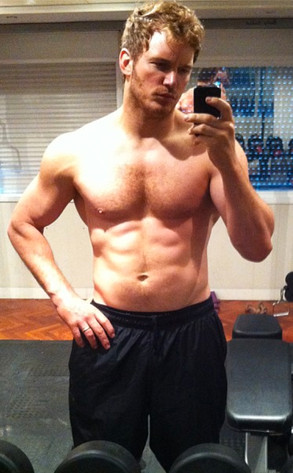 To get the facts out of the way- television’s own Andy Dwyer slimmed down and carved himself some abs for his part in Guardians of the Galaxy. I cannot be bothered at this time to find out more about why this is necessary for the film because I cannot stop staring at this photo. I find this wildly unsettling but in the way where I can’t look away. I mean, damn—hello abs! But also, do having well defined ab, chest and arm muscles make you also have duck face and take selfies? I wouldn’t know. I’m really concerned being turned into this super buff (and I’ll say it- super hot) dude has made our giant Parks and Rec teddy bear a total douche. I’m so conflicted between hating this photo and being wildly attracted to him. Well, until I saw the one he took of himself in this underwear. Christopher, let’s figure out a better way to show your new self off.

Orange is the New Black is Now on Netflix

I haven’t seen it yet but I’m sure the series staring Jason Biggs of all people is great/horrible/just OK. I’ve found this year’s summer television drought to be particularly painful so I’ll probably go watch the whole thing right now. If you’ve already watched it, please let me know what I’m getting myself into in the comments section below. Or just tell me how your day is going. Please comment. I’m lonely!

Damon Wayans Jr May Move Back in with The New Girl

With Happy Endings officially dead, Wayans is currently in talks for a major season 3 arc on the show he had to leave after the pilot because his other super amazing show got a second season. That’s all we know. I would be happy if they put him in one of those white limbo situation and just let him do whatever he wanted with an occasional guest of my/his choosing. Did I just create the next hit web series that will be made into a half hour Comedy Central series? I think I did. See you in Hollywood, bitches!

Spike Lee Made a Film 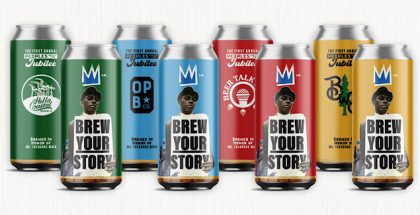