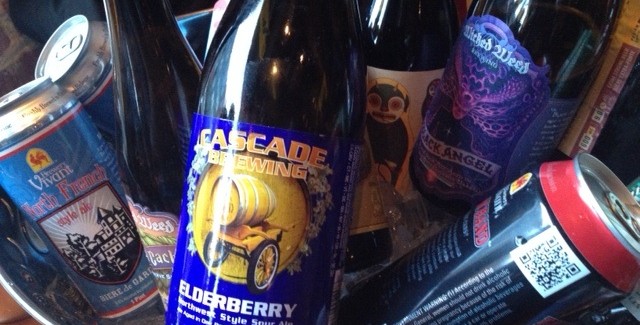 Every now and then world opens up a window into something special, something almost transcendent. When that happens, my advice is to just sit back and take it all in.

As we have already begun discussing in a few other posts, the Craft Brewers Conference recently descended on the city of Denver. And while the conference as a whole, serves to educate, develop and grow the craft brewing industry and its community of brewers, when the CBC rolls through town, local craft beer fans benefit as well.

Last year, our D.C. correspondents had relayed tales of epic tappings, rare bottle arrivals, and the chance to hob nob with the brains behind some of the country’s most delectable brews (The 2013 CBC took place in our nation’s capital).

Admittedly I was a bit skeptical. Don‘t get me wrong, the shine of covering the craft beer industry has by no means worn off. I still get giddy every time I see a pour list right before attending a local beer fest. I still relish the occasions when I get to cross off a rare beer from my own personal bucket list, and I still tremble every time I walk past Charlie Papazian at Brewers Association events (should I offer the fist bump or just keep walking?!). But by now I have attended four Great American Beer Festivals, covered the likes of countless brewery openings, the Vail Big Beers Belgians and Barleywines Festival, and Avery Strong Ale Fest, all of which have knocked me off my socks, and generally consumed more great beer than should be allowed. This was an industry conference, how impressive could it really have been?

We first caught wind of some interesting rumblings during the first day of the conference. I had been chatting with some brewer friends from Kentucky who were in town for the conference and mentioned talks of attending a New Belgium event at The Kitchen in downtown Denver after that day’s sessions. Now we had worked pretty hard to compile the complete list of that week’s beer related activities for the Denver Beer Beat feature and at no time had we heard anything about that particular New Belgium event at the Kitchen.

After a bit of Encyclopedia Brown-ing I came to understand that A) It was a super secret event B) Some of the best breweries in the country, and close friends of New Belgium, had been asked to send bottles of some of their best beers C) There would be phenomenal food as to be expected from The Kitchen D) This would be one epic event and E) We were absolutely NOT allowed to attend. In fact, after reaching out to our contact at New Belgium (who’s name and identity have been concealed to protect his identity) it was revealed that the brewery didn’t event have a ticket for him to attend.

Now I’ve come to learn after many prior instances of trying to attend things, that I wasn’t intended to attend, that if you act like you know what you’re doing, there’s a decent chance no one will know the difference.

So that Wednesday night, we rolled up to the Kitchen, walked up to the New Belgium rep who was guarding the entry, that separated us and beer paradise, flashed our CBC badges and basically just asked if we could join the party. After closer examination of said badges, the doorman recognized us from our New Belgium GABF time lapse video. His face illuminated with the kind of devious grin associated with a kid surveying his loot of halloween candy and responded. “We’re really not supposed to let anyone in, that’s not on the list, but don’t tell anyone and have fun.” Sorry dude… but I just told EVERYONE.

Half of the restaurant which consisted of two medium sized rooms had been reserved for what I have now come to call, the secret bottle share. As we entered, we were instructed to grab a glass, and that all bottles were open game but that if we finished any bottle, we were to grab a full one from a box underneath and replace the empties in the ice containers.

What followed was a melange of Wicked Weed’s new sours including Black Angel and Amorous, Cascade Brewing’s Elderberry and Pumplin Sour, The Bruery’s Beauregard, Allagash’s Curieux and Interlude, Three Floyds’ Dreadnaught, Half Acres’ Daisy Cutter and Double Daisy Cutter, Perennial’s Abraxas, Bell’s Bourbon Barrel Aged Cherry Stout, Cigar City’s 5 Beers for 5 Years, Brooklyn Brewing Blast! Ale, KiChun from 5 Rabbit, which was brewed with chanterelle mushrooms, a little beer called Pliny the Elder from Russian River, and a litany of other treats from Schlafly, Surly, Brewery Vivant, Crooked Stave, Rare Barrel. The event also featured a surprising newcomer in Green Bench Brewing out of St. Petersburg, Florida, who’s headbrewer, Khris Johnson, is making some truly exciting stuff including, Colliding Galaxies Sour Double IPA, which truly impressed. However, my favorite of the night happened to involve the gracious hosts, in a collaboration effort with Upland Brewing in the form of two sours called Lightsynth and Darksynth. These gems were a pair of cherry and raspberry lambics that will be hitting the Indy market via lottery shortly.

The Kitchen (restaurant) only heightened the experience by providing an epicurean showcase of charcuterie, cheeses, fried quinoa balls, and so much more. But for any true craft beer geek the biggest highlight of the night came from the actual attendees. This event drew industry titans, the likes of Kim Jordan, Lauren Salazar, Peter Bouckaert, Dick Cantwell, Adam Avery, Vinnie and Natalie Cilurzo, John Mallet, and Garrett Oliver sporting a barbershop quartet-esque hat. Being around this collective group of brewery founders and industry shapers drew parallels to Dagny Taggart, John Galt, Hank Rearden, Francisco d’Anconia, and Ragnar Danneskjöld from Atlas Shrugged. The collect beer knowledge from that room, in that intimate of a setting far surpassed anything I had ever been a part of, and so we sat back and just took it all in.

This is what craft beer is about. It’s about sharing great beer and stories with some of your best friends. That night, there was no talk about litigation, copyright infringement, revenue shares, investors, legislation. The phrase I heard most throughout that night was “have you tried ____?” And thats the way it should be. 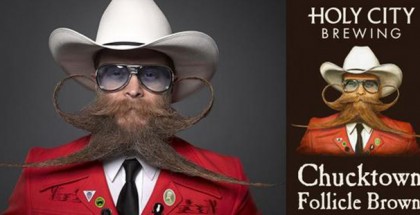