I first heard about Adroit Theory Brewing from my sister, Caroline, who lives in the same area of Virginia as this nano-brewery. Right away, the name caught my eye as seeming somewhat unusual but after a dictionary visit, it became clear as you can see here:

Adroit – adjective
Clever or skillful in using the hands or mind.

Theory – noun
a supposition or a system of ideas intended to explain something, especially one based on general principles independent of the thing to be explained.

My favorite definition of craft beer is “an explosion of art and science coming together to build a drinkable masterpiece.” Turns out, Adroit Theory’s mantra is “Consume Life. Drink Art.” Mashing all these vocab words and phraseology together, I knew I was in the right place. So when a visit from Virginia to St. Louis came up, I naturally put in the request for a beer delivery.

Although Caroline likes beer, she doesn’t drool over it the way I do so she asked for some guidance on what to pick up. As I browsed Adroit’s website for ideas, I felt the need to give Caroline a disclaimer on why I was asking her to do this. With brews like Black As Your Soul, The Devil Made Me and Cannibalism sounding tasty, I feared she might think I’d gone to the dark side so to speak. When in reality, Adroit just has a super rad style that is atypical in the craft beer scene. Just get a load of this manifesto from the wall of their taproom:

There used to be music. Beats that soothed the savage beast. Defiant intervals. Signs of life. The music was murdered. Smothered in conformity. Choked in greed. Commerce was the new score. Utility the conductor. Sure there were headphones; everybody wore them. But it was to keep the music out. Suburban streets are silent now. Haunted houses; rows of grey drones standing at blind attention. Solemn sedans; unmarked hearses. Off to the office. The market. The grave. No music. Except. There are a few. Those who hear the throbbing in their heads. The ragged rhythm of their breathing. The pulse in the void. It’s getting louder. Caged in their ribs is a rattle. A hum. Listen. A scream? A song? A revolution. The American dream has become an assembly line. 365 iterations of the same numb procedures. Sleep. Eat. Repeat. You are conditioned to assimilate. To become a drone. But you are not a sheep in a flock. You are here because your blood boils. You want to feel your heart race and pulse jump. You want to throw a wrench into big brother’s machine. Slam the brakes and swallow the red pill. You are a maverick. A maven who wants to shatter the status quo and accelerate the revolution. After all, anarchy in truth crushes the blinding calm of deception. Demolish the shackles of conformity. Viva la veritas.

If that doesn’t make you want to raise hell and change the world, you should probably check your pulse. Surely, this crew of brewers are poets on the side. WOW. So, given all this radical backstory, you can imagine I was amped to get my hands on their brew. As stated online, Adroit Theory is a very small brewery that produces their beer literally a keg at a time. This meant that the selection at the taproom did not match up with my request. Which was just fine. Of the 3 bottles delivered, I started with their Scorpion Black IPA which is the topic of this showcase.

To begin, the beers came in a super nice, die-cut box with room for three bottles.  This seems odd (why not 6?) until you learn that Adroit typically releases beer as a series of three, or Trifecta, with each sharing a common theme. Next, you’ll notice that the beer is corked with a metal twist tie and a label over the whole thing – similar to a bottle of champagne. On this label is the Trifecta, Ghost and Sequence number. My bottle, Trifecta 005/Ghost 038 references the specific series/release and the sequence, in my case Bottle 404 of 450. I’m sharing all this detail to convey the highly specialized and unique feeling I got from just this one beer. Adroit has clearly spent a lot of time on the nuances of their brand and it really comes through.

So, how was it? Excellent. It pours with a glorious thick head and gives immediate roasty coffee notes both in smell and taste. There is a nicely balanced hoppy bitterness and a dark black color with a pleasant mouth feel. I’d go back to this brew again though it appears you need to live in the vicinity of the brewery to get a hold of it. The food pairing noted on the bottle is a “bourbon marinated angus beef tenderloin slider”. While I unfortunately did not pair it with this tasty dish, I can say it went quite nicely with your basic homemade cheeseburger.

The label of this brew has an interesting statement – “I am the SCORPION…and I know. In ways normal men cannot: I know. I see into things: beyond things. I see the strands of Fate that bind us: victims to victors. I AM THE SCORPION. And I rise up from the lower depths….” You can interpret that in more ways than one but I dig it and am already looking forward to cracking the next one.

And be sure to check out this excellent review on the brewery itself by Stacy Goers! 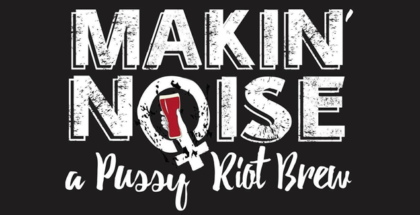 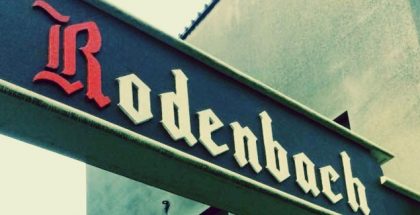