Since starting PorchDrinking, the question I get most is “What’s your favorite beer?” This question can be answered in a number of different ways. The first two of which, are cop outs, “The beer that’s in front of me” or “Free beer”. But the thoughtful more truthful answer is one that may not necessarily be quite as satisfying or conclusive, but neither was Serial and it seemed to do pretty well.

My favorite beer is ever changing. It depends on the season, the weather, the people I’m around, the time of day, my mood, what I’m eating, and in some occasions, what song I’ve been jamming out to (when Me and Julio Down by the Schoolyard is on, hand me a Tecate and clear out room, cuz I’m about to dance). So there it is, I don’t have one singular favorite beer, just like I don’t have a favorite food, or a favorite song.

However, as we near Christmas, like many others we tend to lean on nostalgia and the warmth of familiar flavors, tastes and smells. It’s during the cold depths of December that my tastes waft toward the dark, boozy domains of barrel aged beers and this particular year, Fremont Brewing Company‘s Bourbon Barrel Aged Abominable Winter Ale has struck a deep chord.

Referenced by insiders as B-Bomb, Bourbon Barrel Aged Abominable pours a dark chocolate-y brown and instantly emits aromas of the familiar caramel, vanilla and boozy notes associated with bourbon barrel aged beers. Those flavors translate in taste with matching strong bourbon flavors giving way to the slight sweetness of caramel, vanilla notes. I found B-bomb to compare most similarly to Goose Island’s Bourbon County,  but with a bit more complexity due to the subtle backing of winter spices. B-bomb weighs in at 11% and certainly feels like a big beer with a roasty, thick, somewhat sticky finish.

Crooked Stave Artisans distribution recently brought the Seattle-based Fremont Brewing to Colorado. While it’s a new offering in the region, those big boozy flavors harken back to the winter warmers I find so familiar during this time of year. Pick up a few bottles, one to enjoy now, one to share with loved ones and one to return to in a year or two. This one will age nicely.

Welcome to the InterNEAT! Volume 69 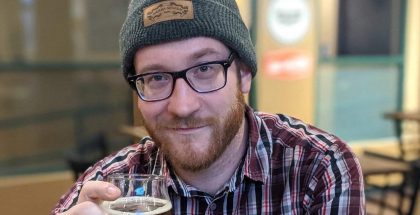 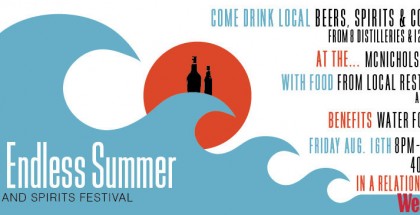