WELCOME TO GABF WEEK 2015! Lace those drinkin’ boots up, tighten up that lederhosen, and let’s get ready to drink our weights in delicious craft beer!!!!!

We have been updating our events calendar for the last few weeks and we realize that it is as heady as a freshly shaken Belgian beer . . . We are foaming at the brim with events. We have a lot going on but have highlighted some of our favorite events.

What events will you make it to this week?!

Tristan recommends those who are hanging in Boulder to check out the  Melvin/Comrade/Cannonball Creek tap takeover . . .

Or if you are staying in Denver, head to Work & Class to taste through James and Sarah Howat’s (from Former Future) new foray and sour only side project. This beer dinner sounds legit!

Next, gallop over to Freshcraft for their GABF Sour Monday Kickoff where you can continue to dablle in all things sour with Avery, Perennial, New Belgium, Trinity, Crooked Stave and many more.

Finally, end the night at the unofficial/official GABF meet-up spot, Falling Rock Tap House, for a nightcap or two!

Starting the day early? Head over to World Of Beer LoDo for the Upslope/Almanac Tap Takeover. (hold up, we know, we say go to WoB – LoDo?! Yes, these folks are killing it and yes they have big ‘chain ‘ implications but the folks over there are bringing in great products! So, yes! Go to WoB – Lodo)

Next, head over to a beer dinner for a beer pairing/nosh sesh. So many great beer dinners this week. Even we are having a hard time picking our poison . . .

Then cruise over to Star Bar to end your night with new stalwarts of the suds, Ratio Beerworks, and long time ba-dasses, Ska Brewing, as they tear through Karaoke and takeover the taps!

Start the day at a tap takeover. But, get in line early. This stuff will fly off the tap wall.

Crooked Stave Artisans is bringing the house with their crazy portfolio of breweries, this is one of many chances to actually try one of these rare gems.

Go show some love to one of our favorite 2014 GABF breweries, Brasserie Saint James, as they pop bottles over at Cheeky Monk!

Let’s be real, this is one of the best collection of barrel aged gems you’ll find all week long.

Have a laugh and some craft over in the Berkeley neighborhood.

or get that nosh on with some more beer dinners . . .

Then finish the night at Avanti F&B with Odell Brewing.

You know we like to brunch too, right?! Well, you probably do too so definitely check out Old Major for a big meaty, beery brunch.

Then cruise over to WoB LoDo for a quick tap takeover.

Or you could go bottle hunting at one of our favorite stores.

After grabbing some bottles, swing by Hops & Pie in the same neighborhood and get some midnight fog. That shit is sooooo good.

Second brunch? Makes sense to me!!

NAP, TAKE A NAP! The day is long. And whether you’re going to the session or not, TAKE A NAP!!!!

Not going to the first session, sesh anyway with one of these tap takeovers . . .

Time to Beerfest! This is a big one!

First brunch in case you weren’t full from last night’s third brunch . . . Anyway, put a base on people. . .

Hops and Pie have another great set of tappings today with everyone’s new favorite, Casey from the west slope of Colorado is bringing the funk!!!

Want to go bottle hunting again?! Check out RNB’s cellar sale! Save some for me, you animals!

Kenny Lagers is a tasty way to  take it easy and session during the afternoon.

IPA freaks and hop heads alike will like this foray into hoppy stuff.

Denver Beer Co hosts a handful of collaboration beers they did with 5 other breweries. Plus, Gin Doctors will be playing and if you love 90’s music, you are going to love that band!

The other DBC, Denver Bicycle Cafe is hosting a bunch of the new wave Denver breweries and tapping some delicious brews. Bikes. Beer. Coffee.

This is gonna be a blast. TRVE, Ratio, & New Belgium busting out some delicious weisse beers plus Bud Bronson and the Good Timers are going to rock and roll your face off!

Definitely try to hit up Finn’s Manor. Great Beers, Cocktails and import beer. Awesome gypsy food court out back and it’s right across from Ratio!!

Brotherhood of the Brew: this is a great showcase on the longevity of craftbeer. Go celebrate with these mainstays as they take over the tapwall!

Oh my god, you’re still alive. And you’re doing it well. Let’s do this.

The last of Freshcraft’s tap takeovers and this one is a doozy. Make sure to check this events out as Surly isn’t really doing any other events this week.

This one is going to be a blast! Brewers, if you wear your badge and sing, you get a free beer! Ratio knows how to party so get ready to party!

Another good end of the GABF week party is ALWAYS Falling Rock. Be Warned! This place will be busy.

And if you are Will Dozier or Tristan Chan, you will try to impress Adam Avery. And so you will go here. And you will order a Rumpkin (18% – way to big of a beer to be drinking at this time of night) and hope that Adam sees you. Good luck after an hour at this party!

Keep an eye out for our staffers at these events and chat us up! We love making new friends and sharing beers. We will be wearing our new grey shirts with the new PorchSwing logo! Until we see you, cheers! 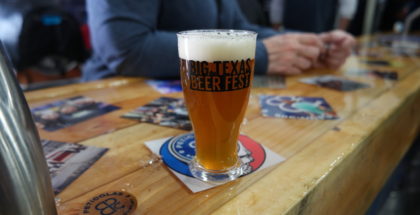