In case you haven’t heard, today is Record Store Day! We’ll be holding it down at Avanti Food & Beverage from 1-6pm listening to our favorite vinyl and for rare vintage tappings of Dogfish Head Beer including 2010 World Wide Stout, 2011 Red & White in bottles and 2012 Sah’Tea, 2013 Black & Blue, and 2014 Raison D’Extra on tap. There’s even a special Record Store Day commemorative beer, Beer to Drink Music To, a Belgian-style Tripel, as well as the newly released Romantic Chemistry. Have a favorite record? Bring your favorite records to play. See you there! 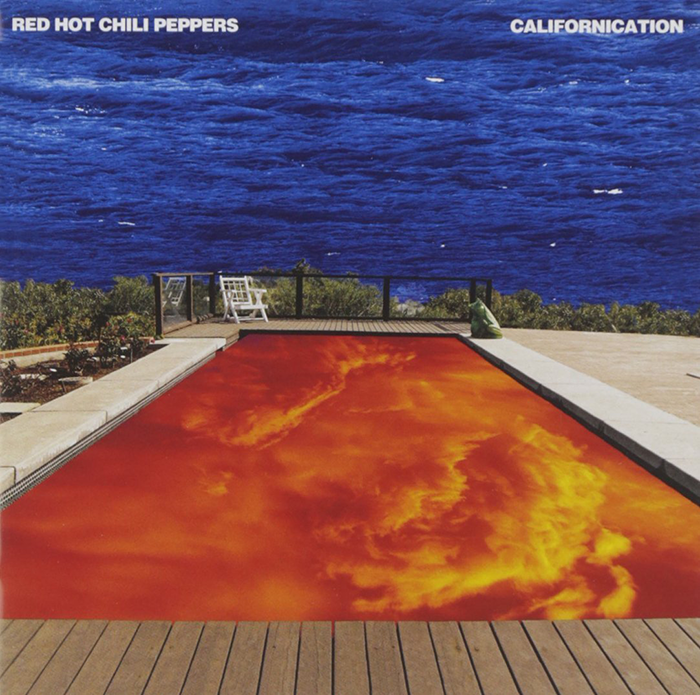 “Californication by Red Hot Chili Peppers! I got this CD the same year I got my Driver’s License. I drove around in my Mom’s 1998 Mazda 626, which had a single disc CD player in it. I left that thing in there on repeat and only ever touched the radio to crank up the volume after getting far enough from the house that my mother couldn’t hear me blowing out her speakers. I can still listen to this one on repeat for a whole 8-12 hr road trip.” 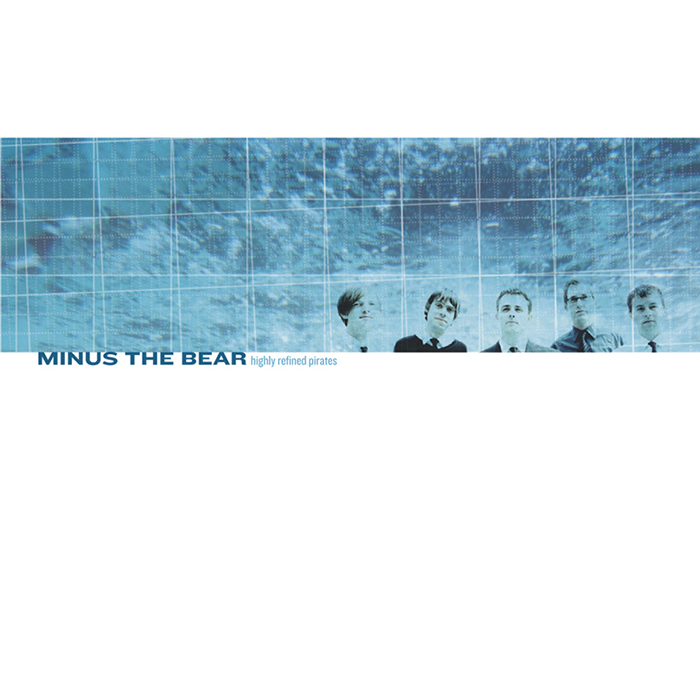 “Highly Refined Pirates by Minus the Bear is a great album to pair a few drinks with! Their debut album came out in 2002 while I was just entering college, and it was soaked in pop-forward leanings that hinged on dexterous guitar licks and tapping, brooding synths and a percussive prowess that lived in a world of expansive indie music but was influenced by dance beats. The lyrics were all feel-good stories that encouraged cruising, boozing (not together, that would be dangerous) and really taking a chance to let time slow down and encourage the listener to be in the moment. Approachable enough to reach a broad audience but attenuated to create a cult following.

If I had to pick a beer to pair with this album, it would have to be something sessionable to drink a few of in a park while lying out on a blanket while the album played from the car nearby. My choice would be a sixer of Harvest Ale from Fremont Brewing Co. With its 6.5% ABV, this French farmhouse-style saison is brewed with Northwest hops. A Fall beer with fruit and bread aromas and white wine notes reminiscent of apricots and apple. Harvest Ale finishes dry and crisp. A perfect accompaniment to repeated listenings of Minus the Bear while watching the clouds form and dissolve in the sky.” 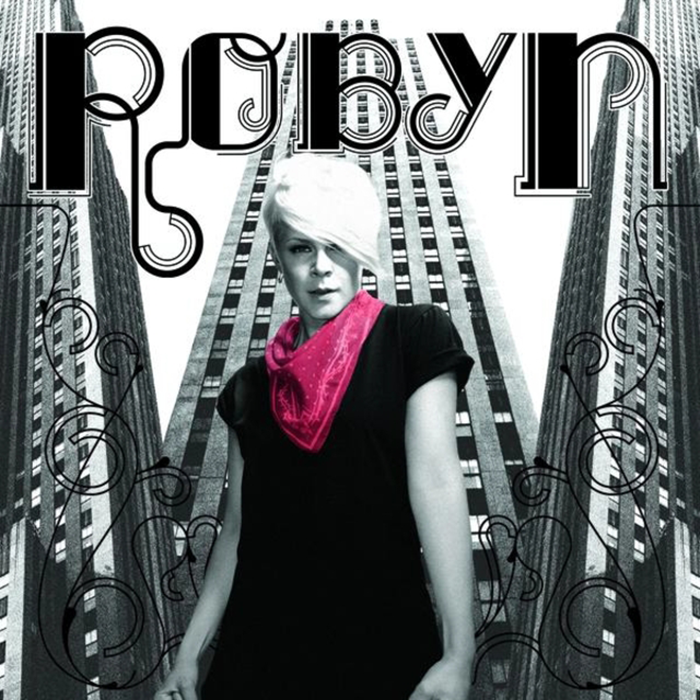 “Robyn’s “Robyn” is a pop delight, a personal favorite, and a major triumph for Robyn. She knew the sound she wanted to make, saw that Jive records had no idea where pop music was heading and bought herself out of her contract to release music on her own terms and her own label(meanwhile Jive went defunct in like 2010). I remember going to Stockholm in 06′, buying her album at the store in the train station and listening to the whole thing there before I lined up a hotel for the night. When it was released internationally the small variations on some songs were an idiot or of how she’d play with her music later on, turning dance hits into aching ballads and vice versa with uncanny ease.” 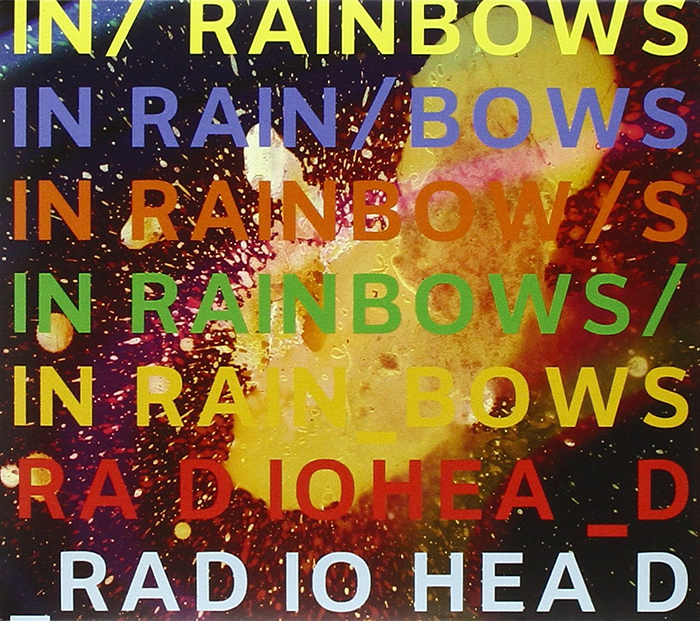 “Picking your favorite album is like picking your favorite beer: it’s damn near impossible due to all the great work out there (past & present), but here goes. Their seventh studio album, Radiohead’s 2007 In Rainbows was the first ​pay-as-you-want downloadable album from a major act. Radiohead cut ties with EMI after their six-album contract ended with the 2003 release of Hail to the Thief. Radiohead recorded In Rainbows without a record contract. In 2005, Yorke told Time: “I like the people at our record company, but the time is at hand when you have to ask why anyone needs one. And, yes, it probably would give us some perverse pleasure to say ‘Fuck you’ to this decaying business model.” Radiohead reconnects with their human side, while not overly-synthesized, they still embrace the simplicity and the brilliance of the instruments. In 2008 they performed the album live with ​In Rainbows – From the Basement. There’s not a bad song on this album. No skipping tracks. Ever.” 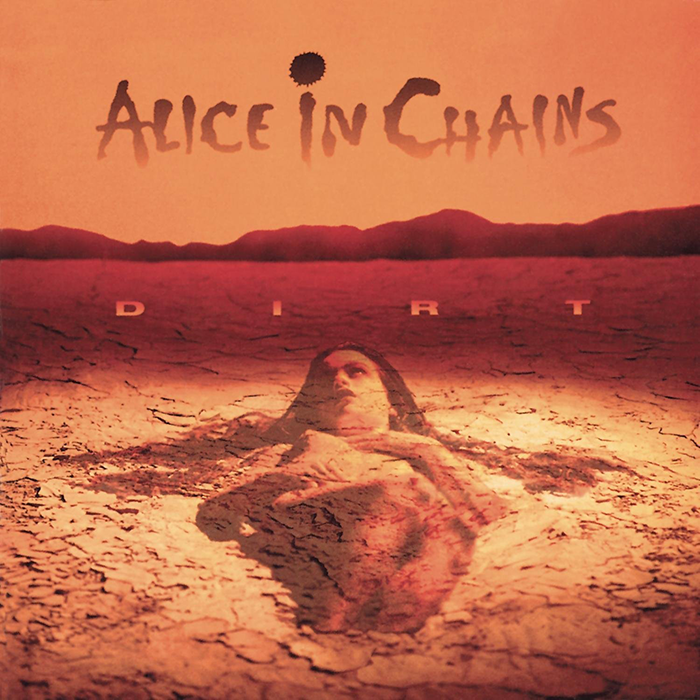 “Alice in Chains’ Dirt is my favorite album of all time! I remember spinning this thing over and over in high school. As a youngster, I didn’t fully understand the dark content. Nonetheless, the album just spoke to me. My favorite song of all time ‘Down In a Hole’ is surrounded by non-stop classics. I know craft beer was around prior to 1992, but I really feel like this timeframe was great for it. If I am feeling nostalgic, I would have to pair a Squatters Full Suspension Pale Ale or some random fruity Hefeweizen (those were so popular). Cheers!” 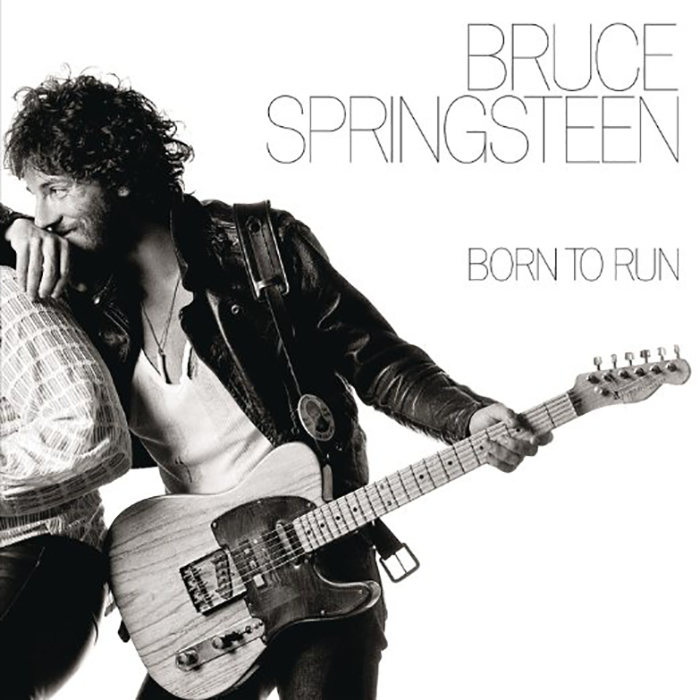 “Born to Run, Springsteen’s third album, and, arguably still his most poetic and masterful, didn’t change me — it IS me. It spoke to me, putting themes of my own life into words I never could myself. I’m 36, and grew up knowing Bruce, but didn’t ​hear​ him until my late-20s. BTR is about growing up in middletown, working class America, with a belief that there’s more out there, the fight that’s always raging, and the hope that there’s promise on the other side. You’re going to fight for every second. You’re going to lose sometimes, but getting back up is what will define you. As for what beer I’d pair with it, Liberty Ale from Anchor seems most fitting.” 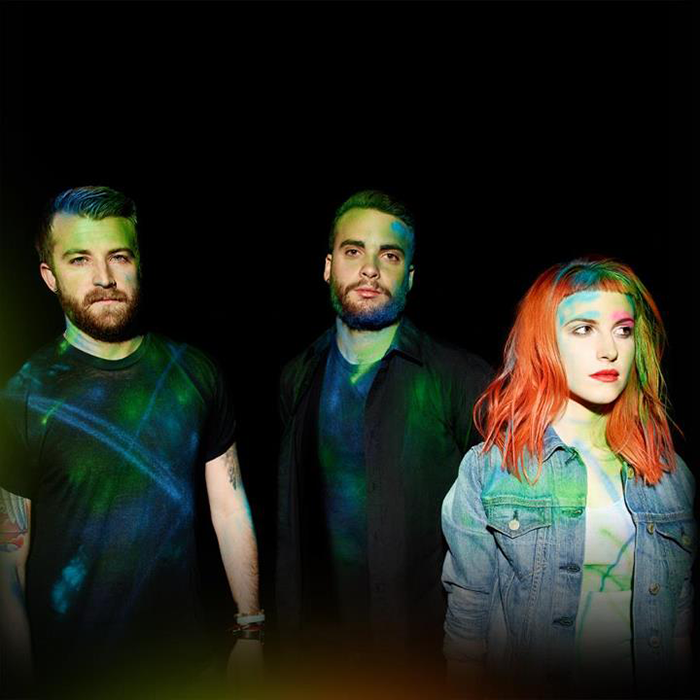 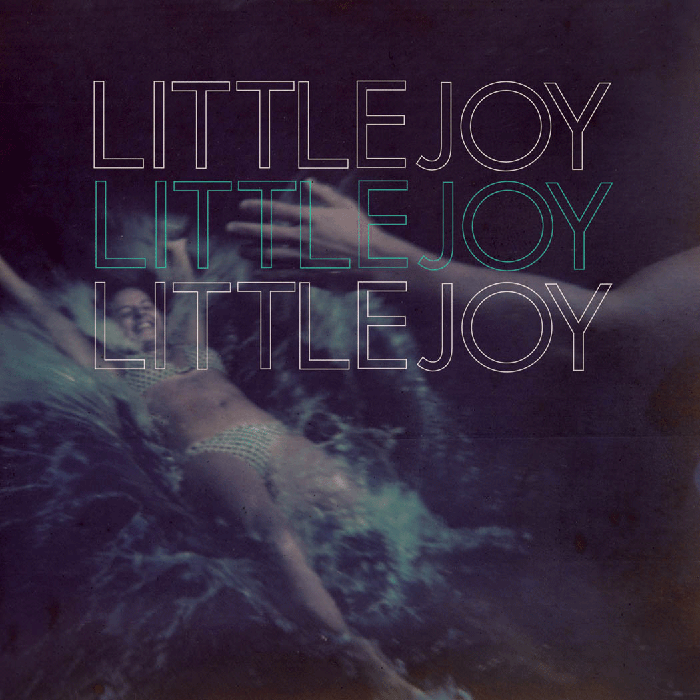 “I have a lot of favorite records, but the best ones for me are listenable all the way through, without skipping a single song. With summer drawing ever nearer, the album I have to share would be Little Joy’s self-titled album. Released in 2007, Rodrigo Amarante, Binki Shapiro, and Strokes drummer Fabrizio Moretti comprise the band named after a local watering hole in Los Angeles. In it you’ll have 30 minutes with tinges of bossa nova, folk, country, pop, and the faintest of fado guitars: to me, it’s a photo-reel of nostalgia for hazy, lazy beach BBQs and times spent on porches drinking beer at dusk. Get it now and play it again and again throughout July and August. I never tire listening to it. To pair with this record, I recommend Turntable Pils: a wonderful new release by Great Lakes Brewing Company. It’s a pilsner too refreshing for words, a perfect portal to summers (or Record Store Days) past. Any not-too-complex pilsner will do, though, if you are unable to snag the GLBC seasonal during the actual summer.” 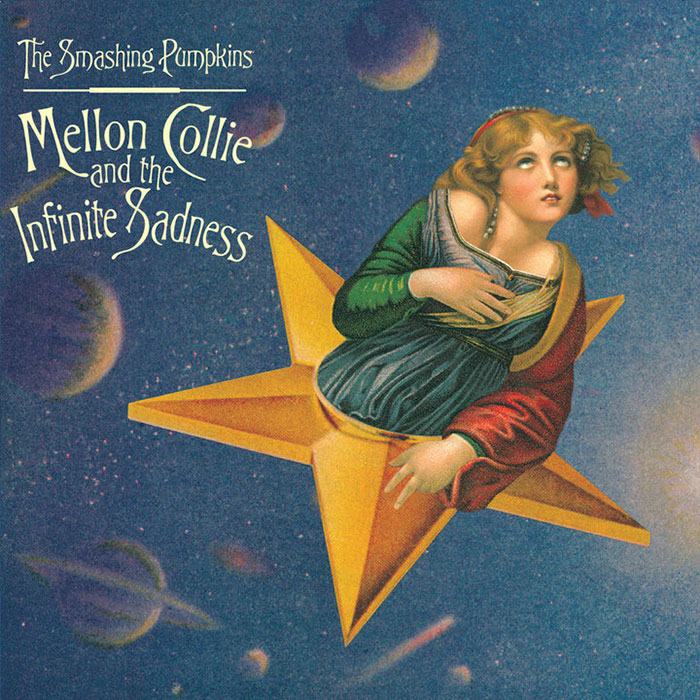 I started listening to the Smashing Pumpkins when I was just a kid. They have been the soundtrack to so many memories in my life, this album in particular. With its two disc glory there was so many great moments (Billy’s solos, Jimmy’s drums) packed into 121 minutes of music. A few years back my husband gave me the reissued vinyl version for Christmas, it was a real surprise and treat! The artwork for this album was always something that I loved too, I used to spend hours flipping through the little booklet that came with the cd, so much so that I bent the spine enough that it never really fit back into the case very well. So many memories and special moments with for me with this album. The beer I would pair it with? Straffe Hendrik Quadrupel from Belgian brewery De Halve Maan. This Quad is strong enough to nurse it through the entire album. It’s dark and complex, just like Mellon Collie. 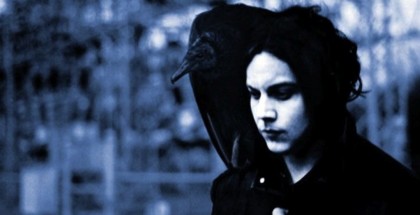 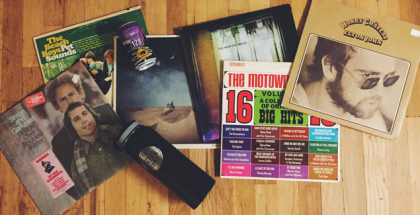 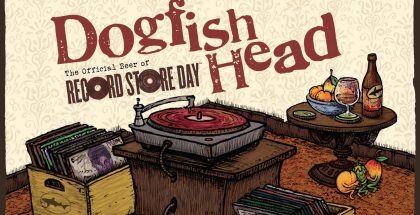 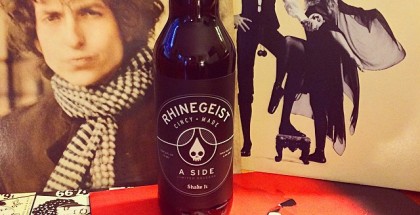