It really wasn’t that long ago, that the beer scene in the Southeast was… well… sad. Sure there were a few islands of beer awesome such as Asheville, and some long running southeast breweries like SweetWater Brewing Company which has been going strong since 1997, but the craft beer market and availability was truly few and far between.

Now, things are different. You can go into any reputable bottle shop in the southeast and get a six pack (if not a twelve or a case) of at a minimum regional but many times down the street local beers, of any style you want. Dark or light, hoppy or malty, conventional or experimental… the southeast beer scene is exploding. That said, there are some lingering repercussions for this slow resurgence of beer in the form of strange distribution laws, low alcohol limits, and low availability of sought after beers or brands.

Why do I bring all of this up? Well, it took me taking a flight to California to find a bottle of one of my favorite southeast breweries. Sitting there, unassuming, at the Berkeley Bowl supermarket was Anne from Saint Somewhere Brewing Company. You’d think bottles from Saint Somewhere would be all over the Atlanta metro… but they just aren’t. They are still relatively rare members of the shelf. So I did what any good southeast porch drinker would do… I took it back home with me to open it in its rightful region.

New topic, no transition. A life pro tip. When traveling, save room to bring beer back home! My personal favorite method is to fly Southwest. They say two bags fly free… aka, my beer flies free. Going out, one suitcase is just bubble wrap and packing material. Going home, it’s well placed laundry and bubble wrapped beers filling both suitcases and making for fun tastings of beer you can’t find at home. And now, back to Anne.

Anne was lovely. Certainly not a classic saison or a classic farmhouse style, but this experiment totally worked for me. It poured a pale yellow with a hint of grass on the nose along with a subtle sweetness that I couldn’t immediately place. “Your mother was a hamster and your father smelt of elderberries.” That’s right. The sweetness is due to brewing with Elder Flower. It’s floral, but spicy; creamy from the Belgian malts, but hoppy from whole cone hops. None of it takes over as the bold part of the taste because all of it blends together beautifully. There’s a touch of sour on the taste, but this is by no means a sour brew. It’s more the sour you can get from a green grape or a little green apple. It’s a beer that a wine drinker friend could appreciate and help to guide them into the craft beer scene. And it’s just one more example of a beer that should be in many southeast bottle mix packs, if of course, you are able to find it. 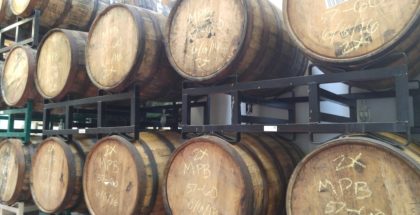 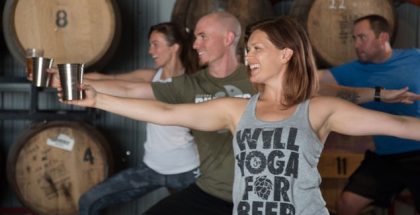