Over the past five years, Colorado has become fertile ground for cultivating a thriving craft beer culture, both locally and nationally. As such, a wealth of the country’s best and brightest brands expand distribution to include the Centennial State. The most recent of which, Wicked Weed Brewing, which focuses on hoppy and wild/funky styles, who dropped close to 20 different brands throughout the Front Range earlier this week.

We caught up with Walt Dickinson, who co-founded the Asheville-based brewery with his brother Luke in 2013.

PorchDrinking: Why did Wicked Weed choose to expand to Colorado?

Walt Dickinson: “For us, we try to look at markets that have been really supportive and successful for us already. Our success at GABF really helped give us a lot of momentum when we were first starting out. Additionally a lot of our staff used to live out here, and my brother and I love skiing and rock climbing out here.”

Tell us a bit more about Wicked Weed’s tremendous growth over the past three years and what that means for your current and future distribution footprint.

“We started with a 15 barrel pub system in 2013 and added the Funkatorium in 2014. Last year we added our production facility, which will significantly help produce more beer for bottles and draft accounts. We’ve been lucky enough to experience 100% growth every year since we’ve opened and this year we’re on track to produce 20,000 barrels. As for distribution, we’ve been able to expand to the rest of North Carolina, and last year Atlanta, and we’re now in Boston and Denver. We’re excited to share our beers and have a great brand presence in markets where people are really excited about us.”

Aside from the 20 or so brands that you launched with, what can Wicked Weed fans in Denver expect to see from you all in the next year?

“This year we will package between 75-80 different brands and Colorado will see about 85% of those brands. Our plan is to have one drop each month, and initially these will likely go quickly, but we’ve been working on a better infrastructure for getting beer out here more consistently.”

With all of the acquisitions and private equity buyouts over the past few years, how has Wicked Weed been able to grow, while remaining independent and would you ever consider selling equity in the company.

To grow in beer, requires a ton of capital, so I don’t hold it against any brewery who’s needed more cash to grow. The margins we make on beer are already extremely tight, by the time it’s been siphoned through the three-tier system, the breweries don’t see much revenue. So we’ve gone with a slightly higher cost on a lot of the beers we produces so that we can generate the same revenue for less beer. 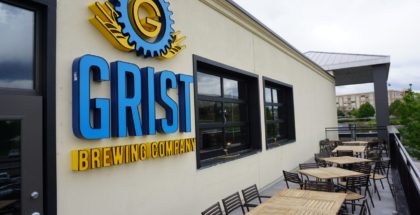