I know right now you’ve read the title and instantly assumed I am counter to everything that is right in the world. You are all chanting your fall mantras, “the spice expands consciousness, the spice is life and who controls the spice controls fall.” But I for one cannot take any more overly sweet, acrid, or overly spiced pumpkin beers. I think the problem is the gourd itself. Pumpkin, at least to the brewing process, primarily bring nothing but starches and very minor sweetness to the party. This inherently pushes the spices to the front and leaves nothing but the harsh wash of cinnamon on the palette. Enter the contender! Apple brings much more than pumpkin in the way of sweetness aroma, fall character, and a lasting drinkability that fits not just for early fall but all the way through Thanksgiving and into early December. A balanced apple pie presence to amplify an amber caramel and malt forward beer style is a match made in heaven.

The flavor of the gourd itself is simply not enough to bring sweetness or even aroma to balance out the cinnamon and other spices. Consider that pumpkin pie itself is sweet enough to support all of the spice additions in the pie and creates harmony. But when used in the brewing process pumpkin simply brings mouth feel through starches and only if roasted does it really impact flavor. If we step back and instead use apple to give us character we instantly can transcend the astringency of the spices and truly balance the beer out to allow the beer to still sing underneath instead of just becoming a vehicle for pie spice delivery.

The approach is similar to a light amber beer production. In my case this was an all-grain mash in which I leaned towards the higher end of the temperature range to try to keep some residual sweetness in the finished beer. I wanted some of that sweetness to balance out the spice additions in the boil. Bitterness and hop presence must be kept low, leading me to go with a scant half ounce of Northern Brewer hops at the 60 minute mark. The low alpha acids and clean bitterness imparted by Northern Brewer should shift the focus to the aroma and flavor characteristics of the spices and apple while providing just enough bitterness to stop the beer from being cloyingly sweet.

I did two additions of spices. With 15 minutes left in the boil I did the first addition of spices consisting of half of a teaspoon of basic store bought ground cinnamon, 1/8 of an ounce or roughly 3.5 grams of fresh grated ginger and a half inch long piece of a nice quality vanilla bean split to expose the seeds along with my worst chiller to chill the wort later in the process. The second and final spice addition consisting of the remaining spices was done right at flameout along with about 8 ounces of good quality maple syrup.

I chilled to my ground water temperature and then got all my wort collected in my fermentation vessel. I placed the vessel inside the fermentation chamber and let it cool down to my pitching temperature of 65 degrees Fahrenheit and pitched one packet of US-05 dry yeast.  I followed a fermentation schedule for ale’s made popular by Brulosophy’s Marshal Schott. At the end of fermentation I cold crashed by dropping the temperature to 34 degrees and then kegged the beer. I left the keg on gas to carbonate slowly to my serving pressure according to my kegerator’s particular balance requirement.

I took the beer to the first fall meeting of my local homebrew club for an unofficial competition between our club and a near-by club from another town. A variety of people with varying levels of beer experience from new home brewers to experienced BJCP judges and a certified Cicerone candidate all sampled my beer. Some were gracious enough to fill out a survey about the beer. All of the people who sampled the beer and commented in the survey were completely blind to what the beer consisted of or any of the additions I had made to it. The judges of the competition were informed that it was an amber style beer done in an autumn twist, but club members not judging were given no information other than it was a fall beer.

In total 11 people finished the survey. The first few questions focused on the presence of different aspects of the beer by having the responder rate the characteristic from 0 to 10 with 10 being the highest value. The survey indicated people thought the beer to be very drinkable with an average rating of 8. People also indicated that the overall flavor was good with the average response being a 7. Apple flavor interestingly was rated as being low with the average response being a 4 but, on the other hand, the spice presence was rated a little higher coming in at a 6. As anticipated hops presence was low averaging only a 3.

After getting the initial impressions done, survey responders were asked to rate the beer from 1 to 5 stars as a fall seasonal beer. A majority of responders (54%) rated the beer at 4 stars. Next, the responders were asked if they felt this beer would be a good substitute for traditional fall pumpkin beers. An overwhelming majority (90%) of responders indicated they in fact preferred this beer or beer similar to this beer as a substitute to pumpkin beers with one responder indicating they preferred neither this beer nor a traditional pumpkin beer. Overall impressions tended to comment on the smell of the beer and in particular the balance and restraint of the spices. A few surveyed indicated the beer was too sweet for their taste or that the spices themselves were too subtle.

Interestingly the beer when judged received very mixed reviews from the judges. The most common comments among the judges revolved around the spices and the apple. One judge in particular described the spices as “muddled” indicating that neither spice really stood out and the blend was overall perhaps too restrained. The judges viewed the apple flavor in varied perceptions. Two of the judges felt the beer was balanced with the apple not overpowering the beer while the other two judges viewed the beer as overly apply forward and having lost the base beer. Admittedly, I declared the beer as 19A amber ale even though, according to the new Beer Judge Certification program style guides, I was not required to declare a style for my autumn spice beer. Perhaps if I had not declared the base style it would have done better. The judges scored the overall beer at 35, 33, 32, 28.

I think the flavors of this beer came out pretty good. It may not really hit what BJCP judges are exactly looking for but it is surely a drinkable beer. A lot of those surveyed enjoyed the beer and I find myself pulling a pint whenever I want to sit and just relax with a beer now that cooler temperatures are arriving in the evenings. Perhaps, if you brew this and like your spices bold and overpowering, you may want to consider boosting the spices even more but if the spices end up being too much it cannot be corrected after the fact short of blending with unspiced beer. A simple way to find out is to make a tincture of the cinnamon and the vanilla in a few ounces of high proof clear alcohol and add bit by bit to taste. However, the beauty of the beer in my opinion is the restraint of the spices. A pumpkin beer just tends to be so overpowered by the spices that it is tough to session them or drink them for a long period of time but I suspect I’ll be enjoying this beer throughout the season and likely into early fall. 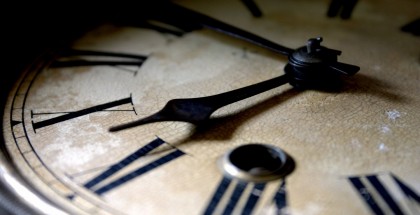 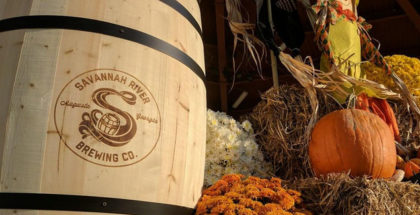 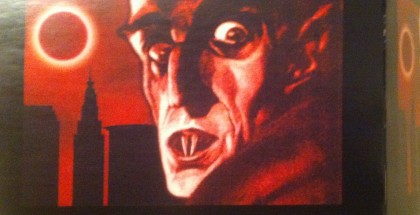