It seems that 2017 is already looking up. Case-in-point: The Bruery and Bruery’s Terreux’s new changes to this year’s line-up.

That’s right, The Bruery and Bruery Terreux have announced their overhaul for 2017 beer releases – which will be distributed across 29 states. Just try not to get excited for brand new year-round beers, seasonals from Bruery Terreux, (multiple!) barrel-aged beers that have never hit shelves, and a new beer series.

But change doesn’t come without bidding adieu temporarily to some classic favorites. The Humulus Lager, White Oak, Trade Winds, Rueuze, Hottenroth, Tonnellerie series will all be going on hiatus to the general public in 2017, to make way for the new line-up. Though we’re sad to see them go, details that The Bruery has provided to us regarding the new brews proves there are good things – very good things! – on the horizon.

Take a look at some highlights below – and try not to salivate.

2017 Mischief reveals a new dry-hopping plan and a brand new label, both of which will change each year, every year. The 2017 edition of Mischief features Citra and Motueka hops, adding fresh citrus and tropical notes to the ripe, fruity character of the crisp, dry and effervescent Belgian-style GABF Gold Medalist. 2017 Mischief’s label showcases its gold medal achievement, a new color palette in deep green and gold, and plenty of hop graphics in its new design.

The Bruery | The Order

A brand new, year-round release from The Bruery, The Order summons The Bruery’s characterful house yeast strain, dates, and a touch of coriander spicing for a Belgian-style amber that’s sure to satisfy fans of darker abbey ales ripe with dark fruit notes. This release introduces a new diecut reminiscent of abbey windows to the Famille Rue lineup.

Frederick Hottenroth was a great inventor, and he happened to be Partrick Rue’s grandfather. His namesake carries on in this low-ABV tart wheat beer that is 100% fermented in American-made oak foeders with brettanomyces and lactobacillus. This brand new year-round from Bruery Terreux boasts a bright acidity and a tropical, fruity aroma and flavor. The label art features blueprints of Frederick’s inventions, complete with his signature.

This bourbon barrel-aged wheatwine-style ale made a fanciful trip to the chocolatier and returned with luscious flavors of white chocolate – hence the name. White Chocolate is a rewarding summons to the senses – beginning with its golden appearance and finishing with warming, white chocolate-like flavors. This is accomplished by adding cacao nibs from TCHO and fresh vanilla beans to The Bruery’s bourbon barrel-aged wheatwine-style ale, complementing the rich notes of coconut, honey, caramel and vanilla from extensive barrel-aging.

The Bruery | Mélange No. 3 — new to distribution

Mélange #3 is a blend of three bourbon barrel aged strong ales. White Oak Sap, The Bruery’s Anniversary Series old ale, and Black Tuesday join forces in this luxurious strong ale that links some of the best characteristics of each of the contributing beers. Chocolate, dark fruits, oaky vanilla and rich toffee-like character reach through the bourbon veneer for an intensely satisfying quaff.

Sans Pagaie is inspired by the Belgian-style kriek, which is a traditional, sour blonde ale aged in barrels with cherries. The word “kriek” actually translates to “cherry” in the Flemish language, so the clever moniker, Sans Pagaie, translates from French to without a paddle. The base beer has a subtle funk, which melds gently with the fruit giving this beer flavors reminiscent of coconut, vanilla yogurt and, of course, fresh cherries.

You’ll have a lot to look forward to with The Bruery’s new series beers. To name a few: Frucht (six releases), Share This (two releases), Humulus Terreux (spring), 12 Days of Christmas (winter), Hoppy Obligations (limited release, draft only). Want some more details? We have em.

This Berlin-style tart wheat beer starts its journey in Bruery Terreux’s massive 250 BBL oak foeders, where American oak, brettanomyces, and lactobacillus develop bright tart and racy tropical notes. Each time this beer comes out of these oak towers, it partners up with a new type of fruit before completing its trek to you. Fruit treatments for 2017 include Frucht: Boysenberry, Frucht: Passion Fruit, and more to come. Each label is emblazoned with its fruit treatment and bright colors ABV range 4-5.5%, 750 mL bottles & draft

The third and fourth treatments in this collaborative and charitable imperial stout series will once again focus on a specific region as the ingredient source and donation recipient. $1 from every bottle produced is donated to a carefully selected charity partner. The first 2017 release of Share This will feature chocolate and orange for ingredients, and spotlight its first domestic region: California. #sharethisbeer

A new, rotating series of hoppy beers will be popping up in select markets under the “Hoppy Obligations” banner. It may be an imperial lager, a Vermont-style pale, a hoppy red, or another hoppy brew that doesn’t fit an exact style, but you know it will be delicious and consumed quickly.

New to Distribution and Returning Brands

Fan of White Chocolate? Mélange No. 3? Or perhaps Sans Pagaie? You’re in luck. These three will all be distributed in 2017.

Or perhaps you had some favorites that weren’t around in 2016? The Bruery will be bringing bax Or Xata, Jardinier, Autumn Maple, The Bruery anniversary ale, So Happens It’s Tuesday, Saison Rue, Beret, Tart of Darkness, Oude Tart, Sour in the Rye, Humulus Terreux and Gypsy Tart.

Other noteworthy changes include the Jardinier replacing Trade Winds summer seasonal. Additionally, Humulus Terreux and Gypsy Tart are now seasonals, and the Beret returns to barrels for aging (instead of foeders) for more regular availability.

The Bruery’s seasonal releases prove that good things are coming all year round. Or Xata 2017 & Humulus Terreux (Mosaic) will be distributed this spring. Come summer you’ll have Jardinier and Bruery Terreux’s yet to be named rose-colored, gose-inspired beer/wine hybrid made with grape concentrate to look forward to. Fall and winter will highlight Autumn Maple & Gypsy Tart and 10 Lords-A-Leaping, respectively.

Like I said folks, 2017 is already looking up. Check out The Bruery’s and Bruery Terreux’s social pages for more information. Cheers! 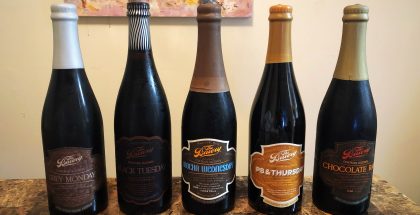 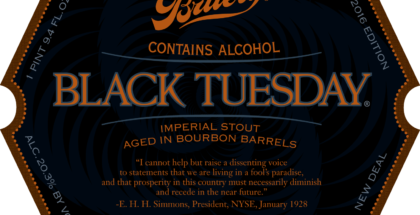 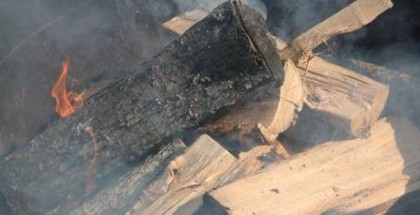