General TopicsNews from the Still
No Comments

After Director, Tom Kolicko, landed Crafting A Nation on Netflix, he founded Traverse Image LLC, a documentary-focused production company specializing in the outdoor and craft industries. Kolicko is now out to raise funds to film his newest project, The Whiskey Film.

The Whiskey Film, is the first feature-length documentary produced by Traverse Image. The film will tell the story of the modern American distiller from grain to glass. Kolicko and the Traverse Image crew launched a crowdfunding Indiegogo campaign on Wednesday, March 15th. Within 24 hours, the first goal of $5,000 was reached. Achieving the this milestone in the first day is significant as it sets the tone for the campaign and the project is now trending on the Indiegogo website. Each $10,000 raised will unlock a new film location or scene. The final film will be a 90 minute feature length documentary. Contributors receive a wide range of perks based on funding amount.

The Whiskey Film has secured a signed distribution agreement and is scheduled for a Spring 2018 release. The film tells the story of handmade entrepreneurs who work to define American Whiskey from raw ingredients to the finished product.

“The whiskey industry in the United States is over 200 years old and when a Congressional Resolution declared Bourbon Whiskey as America’s native spirit in 1964, it gained a legitimacy in heritage. No other country can call their spirit: Bourbon Whiskey. Since then, state laws have loosened to allow more distilleries to open and thrive,” said Film Director, Thomas Kolicko.

“What we’re seeing now is a lot of very creative and driven entrepreneurs build upon the tradition. The Whiskey Film features the new generation of whiskey craftsmen and women and dives deep into the agriculture ties behind the end result,” said Kolicko.

Funding Isn’t The Only Way You Can Help

The Whiskey Film takes a Chef’s Table, chapter-style approach to its character driven story telling. Currently, the film features three producers: Distillery 291, Deerhammer, and Colorado Malting Company from Colorado. The Whiskey Film is on a nationwide search to find up to eight more distilleries to feature. The film will choose characters who exemplify the core themes of intention, tradition, education, history, and change over time. Interested parties can email: director {at} thewhiskeyfilm {dot} com.

“All distillers who make whiskey from scratch are agricultural entrepreneurs; and the ones who are successful, are deeply curious, creative and passionate about the craft. They pay homage to whiskey’s historical roots, while defining new styles, creating processes, and grabbing inspiration from locally-sourced unique ingredients. We’re telling the story of the modern day distiller,” said Kolicko.

“The Whiskey Film contributes to a narrative much larger than whiskey. It’s a forgotten story of hard work, determination, and the inspiration that comes through creating a product with your hands. The Whiskey Film offers backers the opportunity to engage with the creativity of whiskey culture and celebrate the hard-won successes of bootstrapped entrepreneurs. It’s the harnessed power of American agriculture and ingenuity the distillers use to craft their destinies alongside a superior and meaningful product,” said Kolicko. 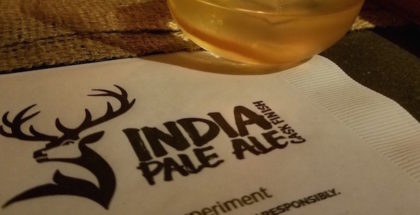 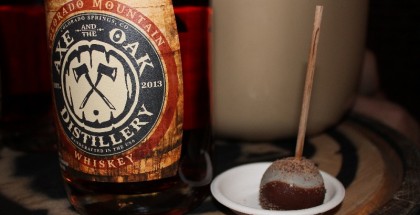