What’s great about Odell Brewing Company (besides the fact that it has an employee stock ownership plan) is the brewery’s ability to produce high quality beer no matter the style or the size of production. From the Fort Collins brewery’s core line up, to one-off specialty taproom ales, to its Cellar Series barrel-aged beers, I always know that an Odell beer is going to deliver.

For all of these reasons, it is very exciting that Odell’s Small Batch Festival is set to return to the brewery’s Fort Collins location this Saturday, May 27th, from 1-6pm. 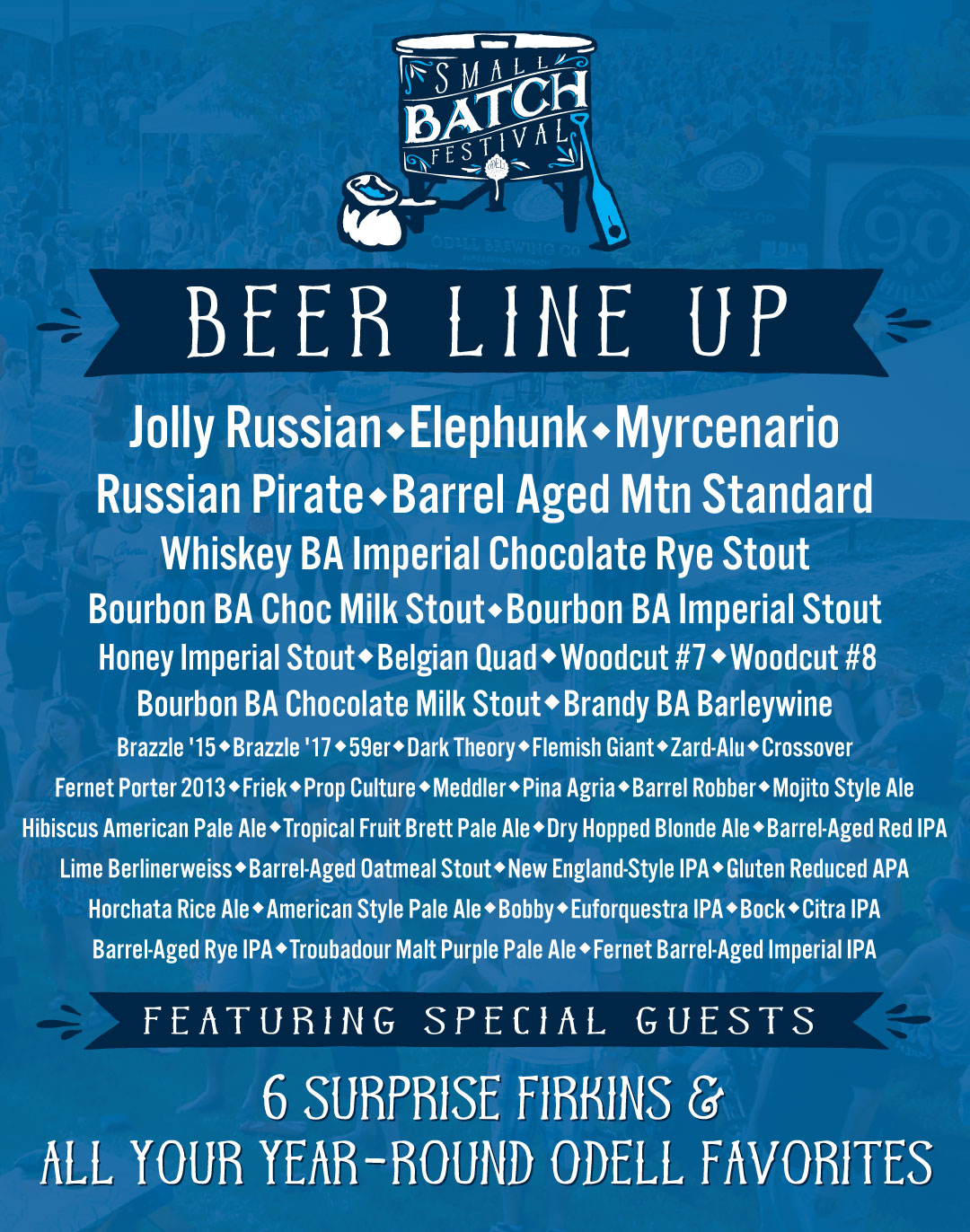 Last year, Odell resurrected this beer festival after taking a four year hiatus. This fest, among other beer festivals, is special because it will showcase Odell’s small production offerings.

All but a few of the beers that will be available at Small Batch Fest were brewed on Odell’s small production 5-barrel pilot system. In total, this homegrown festival will have at least 67 beers flowing, including all of the brewery’s year-round beers.

Moreover,  a ticket to Small Batch this Saturday means you will also be treated to to three different Colorado-based bands as well as some Fort Collins food trucks. I’m a huge fan of Euforquestra and look forward to seeing Choice City Seven and The Reminders for the first time. Among the food trucks, it looks like Odell has everyone covered with wide range of food from Mac’N, The Taco Stop, Farm Fusion and Uncle Jim’s Dogs.

Small Batch Festival tickets are $35 (plus a service fee), but note that there are a limited number of tickets remaining! With admission, each attendee receives two beer tokens as well as a commemorative stainless steel cup.

Not only is Small Batch Fest a tribute to small beer, but it also pays deference to a small local business. A portion of the fest’s ticket sales will contribute to the brewery’s Small Batch Grant. The recipient of this yearly $10,000 grant is a Fort Collins non-profit called Sproutin’ Up!

One thing that might be important to note for some is that Odell will close its taproom the following day on Sunday, May 28th in order to recover from all the Small Batch shenanigans. 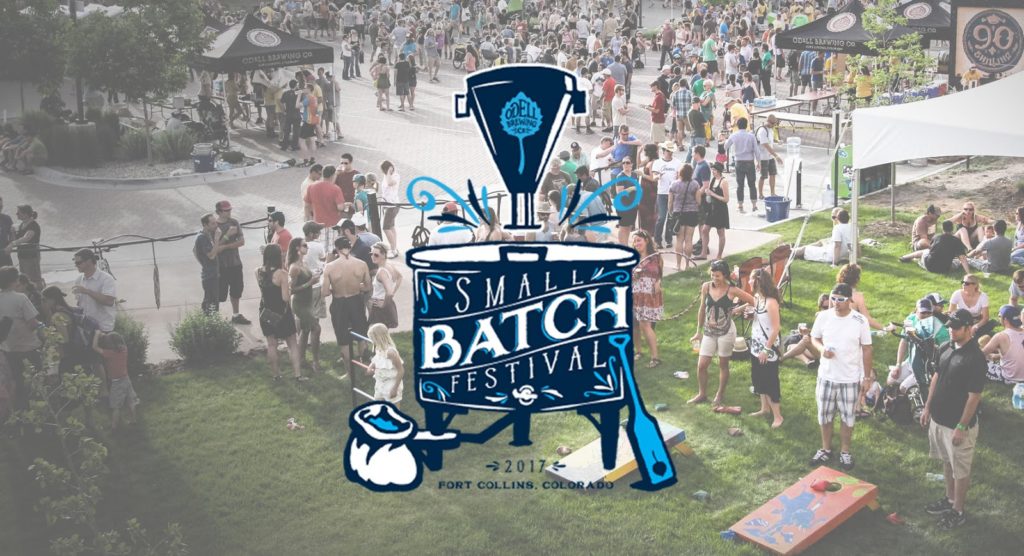 A few beers you might want to use your Small Batch tokens on . . .

Odell originally brewed this barley wine and aged it in sherry barrels exclusively for Odell co-owners. For this weekend’s Small Batch Fest, however, the brewery will be sharing just a few bottles.

This beer sounds like adult chocolate milk with a bourbon kick. I’m hoping it will take like the brewery’s since-retired stout Lugene (just topped off with a little bit o’ bourbon).

I am really interested in this barrel-aged IPA, which is the result of Odell’s IPA Myrcenary aged in Jose Cuervo barrels. At 10% ABV, it will be definitely get me one of my token’s worth!

Any Six of the Surprise Firkins

Excited to see what Odell has up it sleeve for this special event in addition to the small batch bottles its been hoarding for this weekend. Definitely keep an eye out for these extra-small small batch firkins when you arrive at the fest!