As you may know, Half Acre Beer Co. is opening up a big and shiny brewing facility on Balmoral Avenue, which means more delicious beer and food from one of Chicago’s premiere craft beer destinations. To help launch the facility, Half Acre is hosting the 2nd annual Big North festival at the new digs, which will include over 35 Half Acre beer options, including a bunch of rare and experimental brews, drool-worthy food from the Half Acre kitchen, live music, and more. Here are the full details on Big North ’17.

Tickets: You can purchase general admission tickets for $70 here. Each ticket includes all of the beer, music, entertainment you desire, along with a commemorative glass, coozie plus one meal token.

Parking: There will be limited parking spaces for vehicles but free bike parking will be available on-site. The use of public transportation is encouraged.

Food: You will be able to use your meal token on one of the delicious food options served up by Half Acre’s kitchen crew.

The Beer List: The beer selection at this event will be extensive, which means you can expect all of the Half Acre favorites along with a bunch of unique brews from their Ripper, Hoss and Wyld beer programs. Here is the full, delicious list: 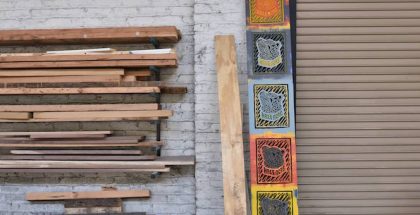