The most notable change that GLBC fans will be excited to hear about is the return of Holy Moses White Ale as a year-round offering. Named in honor of Cleveland founder Moses Cleaveland, Holy Moses brewed with coriander, chamomile and orange peel has seen on-again-off-again availability for the past five years. However in 2018 Holy Moses returns in 6-packs, 12-packs, and year-round draft availability, will feature reimagined label design by artist Darren Booth.

However in celebration of their big 30th anniversary year, GLBC also has a handful of new releases slated to join their lineup. Moondog Ale, a standard easy drinking ale with a hop bite, which previously had only been available on draft at the GLBC pub, will hit the market in Fall 2018, in 12-pack 16oz cans. In March GLBC will introduce Cloud Cutter Ale, a citrus hopped easy drinking ale, paying homage to Cleveland’s historic Cleveland Air Races. And in May, Holy Moses will become further highlighted with a release of Holy Moses Raspberry White Ale, a seasonal raspberry-infused take on the fan favorite.

For a full listing of Great Lakes Brewing’s Beer Release Calendar see below: 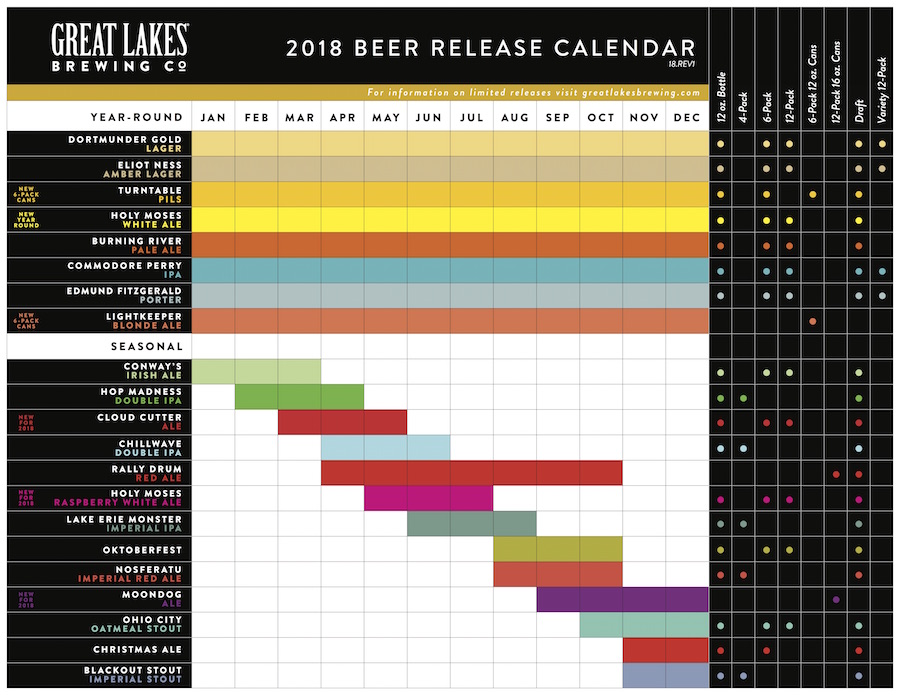 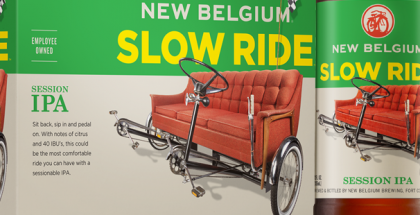