Tony Magee started his brewery dream back in 1993 in Lagunitas, California. The goal was to create bombastic beers that teemed with the plentiful hops found on the West Coast, and to have a lot of fun doing it. Originally an Illinois native, Tony has grown into somewhat of a national celebrity when it comes to craft beer due to his unique brewing practices that led to creations like Undercover Shut Down Ale, his outspoken personality, and the great beers his brewery(s) have produced since his early days.

Now, Lagunitas Brewing Company is an international power, its IPA is the current #1 best seller in packaged formats and they produced around one million barrels of beer last year. In many ways, Magee’s creation is the perfect example of craft beer’s explosive growth over the past two decades. But then again, Lagunitas is an outlier in the current craft beer environment. They’re not like your standard brewpub or trendy hazy IPA factory. If you’ve visited their massive 300,000 sq. foot Chicago brewery facility, decorated with secondhand furniture and mind-melting dog murals, you’d recognize that. As craft beer infiltrates every last avenue of American consumerism, Lagunitas has found a way to stay weird. I asked Karen Hamilton, Lagunitas’ Communications Director and Tony’s sister, how they’ve been able to stay true to their brand for 25 years.

Lagunitas maintains an easy-going, West Coast vibe. It’s easy to find in their branding, social media presence, and dank – even weed-infused – beers, but their popular beers can now be found on tap and on shelves from coast to coast. The expansion strategy was a smart one. Their main hub still resides in Petaluma, but their secondary headquarters is situated in Chicago. Opened back in 2013, Lagunitas’ Chicago hub is a massive warehouse facility that handles all of their distribution east of the Rocky Mountains and into their growing European footprint. If you take a tour through the catwalks that look over rows of stainless steel fermenters, you might hear the story that the famous money burning scene from The Dark Knight was filmed next door, which gives you a sense of the scale of the place. Along with Chicago and Petaluma, Lagunitas also has an experimental brewing facility in Azusa, California and another brewpub in Seattle. With four locations and more than ten year-round beers on shelves from Maine to Arizona, Lagunitas is a dominant presence in today’s U.S. craft beer market. Karen Hamilton sees Lagunitas as a brewery that has the best of both worlds, combining the economics of scale with the passion of a small microbrewery. “We see ourselves as kind of a fish in the middle. Not as large as some but larger than others. We’ve been around for 25 years and weathered many storms, expanded to all 50 states, made many friends and learned a lot along the way. We’ve always done things are own way so we’re definitely not a follower. However, being a leader requires others to follow YOU!”

Enter the Heineken acquisition. While many craft beer “purists” might accost Lagunitas for selling out, Heineken’s presence in the larger beer industry is a lot less invasive than the likes of AB InBev and the partnership makes a lot of business sense. Lagunitas saw the opportunity that the international market provided and went all in – as in Lagunitas is now 100% owned by Heineken. The result? A Lagunitas IPA and Little Sumpin’ Sumpin’ can be purchased in nearly 20 countries – that’s the type of power that a distribution gate keeper like Heineken has. And while the international growth of the brand has been exciting, Karen notes that there have been some growing pains along the way. “There are tweaks & some changes that have needed to be made because our focus is to become a part of local communities. Different countries all have a uniqueness about them that we are learning from (and enjoying a lot!) and we look to see what’s important to them and make it important to us.”

The ability to stay relevant in the constant churn of craft beer is a difficult one, especially for older breweries, so it makes sense to expand your presence to a wider range of demographics and consumers outside of what the U.S. can offer. Tony Magee is very aware of how the perception of Lagunitas might have changed following the acquisition, but as the brewery consistently produces quality beer and increases sales across new markets, it’s hard to find fault in the decision.

When you’re drinking a Lagunitas beer, you often feel like you’re getting the best version of a style. Whether it’s the dankness of a Lagunitas IPA or the decadent aromatics of Brown Shugga, you know that Lagunitas is 100% confident and committed to the beers they put out. The results show up in the bottom line. Lagunitas sales grew over 9% in 2017, representing one of the few “older” craft brewers to grow their sales in a year when smaller craft brewers continued to eat up market share. A big proponent to their yearly success came from their best sellers. Following their IPA, Karen says that Little Sumpin’ Sumpin’ and 12th of Never were their other two top sellers.

If you look a little closer at the list of best-sellers, something sticks out: 12th of Never was packaged in cans, a first for the brewery. Lagunitas has a history of taking a stance on things in the craft beer market, like typeface on a competitor’s bottle, which is why you haven’t seen Lagunitas beers in cans before. Tony Magee values the branding brevity that a bottle label provides over the aluminum format, but he isn’t blind to the crazy growth of cans over the past few years. This led to the introduction of 12th of Never in 2016, and the introduction of Sumpin Easy late last year. Both releases are can exclusive. The move to cans was inevitable, even for Lagunitas, as the added accessibility and shelf life that beer cans offer has led to a groundswell of public support. Still, Karen is resolute that Lagunitas is a bottle-first brewery: “We do still love our bottles and, if you’ve noticed, none of our year-round beers are also being packaged in cans. The beers we have made & packaged in cans have their own unique personality. We’re still having fun and trying new things.”

It is clear that Lagunitas sees the values in cans. Heck, Sumpin Easy sales are already beating its projections. But Lagunitas isn’t going to pick up every trend out there – that’s not their style, which is why you’ll never see Lagunitas dip their toes into the haze craze. “We’ve never been too focused on joining any ‘craze’. We keep our heads in things we like to do, beer we want to brew, and take our own risks in, (hopefully) creating some cool new beers for people to drink,” said Hamilton.

That said, Lagunitas has taken notice of the ongoing barrel-aged boon and is churning out some really quality beers including their Willetized Coffee Stout, which gets its bourbon booziness from aging in Willett bourbon barrels. Lagunitas intends to expand this program in 2018 thanks to the multiple locations they now brew in. The Chicago and Petaluma spots will handle the current production demands while their Azusa space transforms into a crazy barrel-aged beer lab where Lagunitas’ team of talented brewers can really get creative with things. The smaller California brew spot will create new experimental and barrel-aged beers, including some aged in French oak foeders, and test out their concoctions on the lucky on-premise customers at their soon-to-be-open Azusa taproom and Beer Sanctuary.

For a brewery to really succeed, it often provides value to its followers through more ways than beer. This community-focused model has been at the heart of Lagunitas’ strategy for a while. A good example of this is the community rooms Lagunitas introduced a few years ago that are “dedicated 100% to supporting non-profits with their fundraising efforts.” Giving non-profits a free space to host their events has proven invaluable to the communities that Lagunitas has a strong presence in like San Diego and Portland, and showcases the Magee’s commitment to making an impact on those in their communities through more than just making beer.

In the Chicago location, part of their facility is reserved each Monday for charitable programs and fundraisers. These non-profit organizations host events in the facility, Lagunitas provides the beer, and everyone goes home happy. It’s a win-win for both the brewer and the brewer’s community. The idea of giving back isn’t a new concept for either Karen or Tony, and showcases that craft beer can be used for good. “We started donating beer from the very beginning when we were asked to be able to help various local organizations and we just didn’t have any money. But we always had beer! What we have discovered along the way is that we’ve made so many great friends and special relationships through connecting with people in this way. It will always be a part of what we do.”

With a stable of quality beer and a commitment to their community, it’s easy to see how Lagunitas has succeeded over the years. By staying committed to their brand and a bevy of shrewd business moves, Lagunitas has been able to do more than just tread water amid the teeming masses of craft beer competitors. They’ve faced the challenges of the increasingly splintered craft beer market head-on, adjusted when necessary, and solidified themselves as a global beer brand. Does the growth and success excite Karen Hamilton? Sure, but the challenges that craft beer presents are half the fun. “I think the thing that excites me most about where we are and the future is really the opportunity to navigate the challenging craft beer market right now. Nothing is really ever learned in the good times. It’s the challenges that force you to look at things differently and through those challenges you learn valuable lessons that propel you to a successful future.” 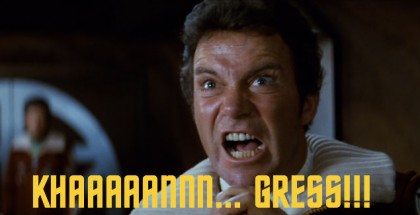