Up until 2017, the funky variety of its Hell or High Watermelon emerged only as small-batch treats. Now, 21A, who as of last year entered into a business relationship with Brooklyn Brewing and Funkwerks, is offering the kettle-soured watermelon version on a much more massive scale.

Both versions resemble the brewery’s frequent references to American history, freedom in thinking, and revolutionary brewing. For instance, Lady Liberty enjoys prominence in both the artwork and stories surrounding the brews. You can read the website descriptions here: Hell or High Watermelon & Watermelon Funk

Still, few people buy a beer for its backstory, mass-availability or public-relation-style descriptions; they buy it for the potential enjoyment and refreshment it can bring.

Watermelon Funk begins as a traditional wheat with French Saison yeast, gets a touch of modern-craft by the addition of watermelon puree, and then benefits from the dually classic and innovative souring, which in this case involves the use of Lactobacillus (‘Lacto’). Basically, 21A took its Hell Or High Watermelon and did something funky to it.

While all taste is subjective, one should expect a beer that’s noticeably different from its older sibling.

The beer pours orange (a little hazy) with a pronounced head that fades quickly. Almost immediately upon opening the can, one will notice a strong aroma comprised of both watermelon and the funky sour attributes. After a beer drinker is done sniffing it and looking at it (don’t do that too long or people will look at you funny), the first sip will offer an initial burst of watermelon followed by a big kick of sour, and a little tartness. In fact, the souring results in a beer experience that’s the antithesis to most tastes of watermelon drinks because it dries the palate. Finally, the boozy qualities are almost non-existent, so the 6.7% ABV nature of the beer remains almost completely hidden.

Granted, it’s the type of beer that probably doesn’t enjoy mass-appeal because some beer drinkers still find sour beers off-putting and others despise fruit-forward beer, in general. Not to mention, innumerable beer drinkers simply require hops or a big-malt fix with every sip.

Nonetheless, if you are one that enjoys a refreshing, flavorful beer takes some of the best parts of a good cocktail, a well-crafted cider and a skillfully-executed beer and then melds them together exquisitely — a lovely summer sipper — this is the sour beer for you. 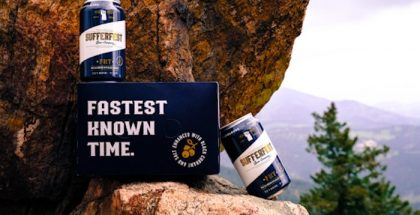 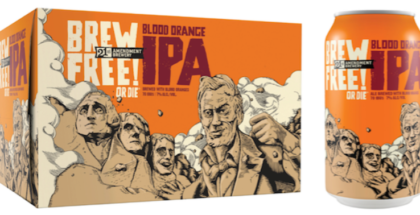