In a very special edition of the PorchCast, Tristan was joined by Andrew Kaczmarek and Nato Francescato, founders of Denver’s 14er Brewing to announce their acquisition of the former Beryl’s Beer Co. facility. That news, combined with their recent announcement of opening a taproom in the Sunnyside neighborhood of Denver, makes for one massive month for 14er Brewing.

The two have also opted to take the unorthodox approach of launching with a distribution first model, by contract brewing through Crazy Mountain Brewing. Now Kaczmarek and Francescato face the challenge of launching three brick and mortar locations, while also getting two smaller production facilities on board in the next year. Hear their full story and more on the announcement in Episode 52 of The PorchCast.

Special thanks to Live Nation who’s throwing the inaugural Red Rocks Beer Festival on Sunday, August 19th. This jam-packed show features performances by The Cult, Stone Temple Pilots and Bush. Tickets include access to the show as well as tastings from regional and national craft breweries, with food trucks and vendors in the North parking lot! Grab your tickets today!

Also thanks to Made by Chalk for supporting the show providing web and branding services for national and local breweries alike. And to Denver band, Bud Bronson & the Good Timers for allowing the use of their song, Denver Rock City, for our opening and closing themes.

As we enter 2018, we are looking for new sponsors to join the PorchCast family. If you are interested in sponsoring the show please reach out to tristan {at} porchdrinking {dot} com! 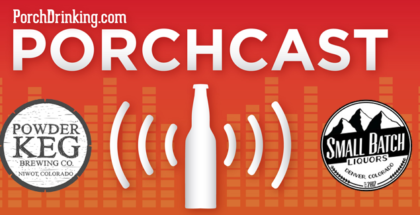 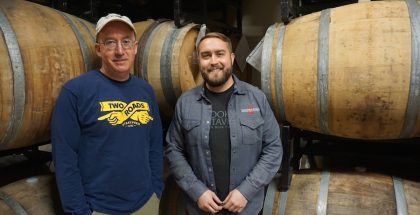