There’s an old saying: “Red sky at night, sailor’s delight. Red sky in the morning, sailor’s warning.” I’m no sailor, but Red Skies at Night is certainly still a delight. As for Red Sky in the Morning? I haven’t tried that one yet (probably because it doesn’t exist). Red Skies at Night is one of Stormalong’s newest releases. Hailing from Sherborn, MA, Stormalong is rooted in a historic town when it comes to cider. Sherborn was home to the largest refined cider mill in the world in the late 1800s. With such a rich history in cider, it’s only fitting that Stormalong calls this place their home. As a Massachusetts native, I feel grateful to be near such excellent breweries and cideries. Stormalong earns a spot on that list.

Stormalong’s branding is bold and rustic, with a typeface containing spurs reminiscent of a past century. Their color palette, seemingly a combination of navy and parchment, is a smart choice; a silhouette of a sailor from another era just fits the bill. With so many breweries, cideries and distilleries in existence, I’m always curious to see how they brand themselves. In this case, Stormalong blows a lot of their competition out of the water (yup, pun intended). Red Skies at Night takes a slightly different approach with a strong emphasis on constellations for the beer label. The red is eye-catching and still incorporates their nautical themes with a sea below.

While Stormalong’s other ciders have been primarily focused on apples, Red Skies at Night takes another approach: hibiscus and passionfruit balanced with Idared and Golden Delicious apples. Exploring a new concoction bodes well for Stormalong. The earthiness of hibiscus, mixed with the fruitiness of the passionfruit, blends excellently with the apple varieties. 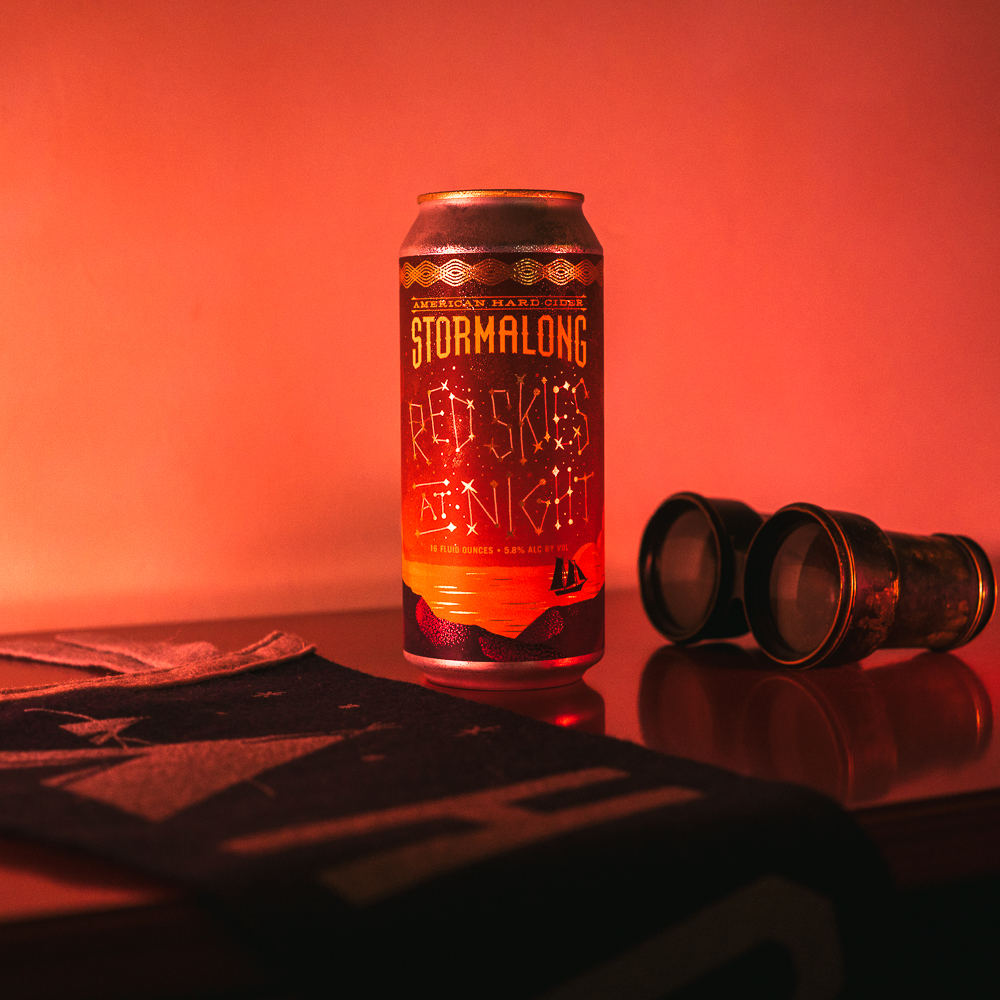 Red Skies at Night pours (you guessed it) a vibrant, carbonated red. On the nose, I got a strong, delicious blend of apples and hibiscus. The taste is crisp, a little tart, a little sour, with a lot of juiciness. At 5.8% ABV, this pint is a crushable option for closing out the summer, or even welcoming the first few weeks of fall. Hell, you can drink this well into winter and I wouldn’t bat an eye.

While mainly found in Massachusetts, Stormalong can also be found in parts of Rhode Island, New Hampshire and Vermont. Red Skies at Night is now part of the core lineup, so expect to see even more of it. 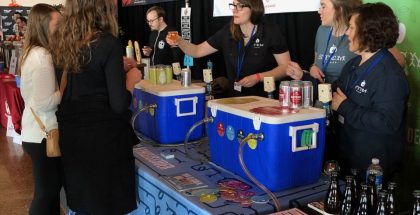 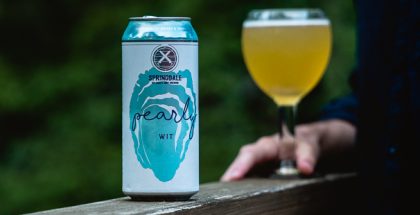