I was first introduced to Prospect Ciderworks by my go-to local liquor store. The owner told me they recently got Sidro in their store, and when I saw it, the label was enough to draw me in. I’m a huge admirer of well-crafted labels, as well as all things water. And, upon further research, Prospect states that “Sidro” is Italian for “cider” and Bosnian for “anchor” — hence the nautical approach to the design.

What fascinated me with Sidro was that it wasn’t just a hard cider, it featured a blend of Belgian Saison yeast. For my friend who mainly drinks hard cider and only a little bit of beer, Sidro was for him. For my wife who equally enjoys her Belgian beer and hard cider, Sidro was definitely for her. 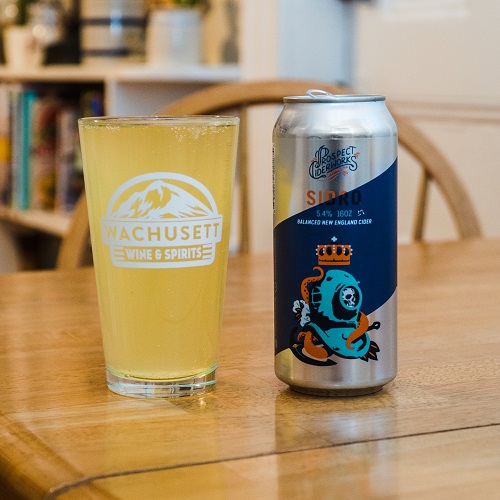 Sidro pours a lightened liquid gold. It has a big apple flavor and contains a great balance of tart and sweet. The Belgian Saison yeast is subtle, but enough to create a blend that stands out from past ciders I’ve drunk. Given its easy drinkability, and 5.4% ABV, it’s no surprise that it comes in a 16-oz can. You’ll crush it and be ready for your second helping before you know it.

Prospect may only have three ciders in their current lineup, but their unique combinations are an indicator of the potential for future creations. While Prospect is located in Boston, their cider can be found all around Massachusetts. I haven’t tried their other ciders, Paradise and Missing Link, but after Sidro, I have a good feeling about them.